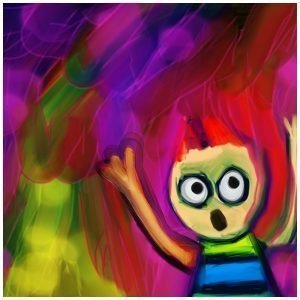 Rescue Remedy is considered a good for emotional shock. This homeopathic remedy was designed by Dr. Edward Bach, MD, a British physician who devoted much of his life to finding natural solutions for emotional distress.

The result of his work is a line of homeopathic flower essences. That’s why they’re often referred to as “Bach Remedies.”

Undoubtedly, the most famous of his creations is Bach Rescue Remedy. This is a blend of five flower essences – rock rose, impatiens, cherry plum, Star of Bethlehem and clematis. It’s designed for short-term use, to aid in the mental recovery from crisis situations.

The UK-based Bach Centre noted that Rescue Remedy “can be used to help us get through any stressful moments, from last-minute exam nerves to the aftermath of an accident.” Dr. Bach died in 1936. But the centre strives to preserve his legacy.

During his lifetime, he treated his patients with one of the 38 flower essences he developed. Each remedy corresponds to a particular emotional state. Mixing two or more remedies together resulted in a custom treatment formula.

Rescue Remedy is considered good for acute stress. I’ve owned this formula for more than a decade, and have used it to relieve anxiety caused by situational trauma. I don’t take it everyday, or even regularly. I save it for when it’s needed.

For instance, about a year ago, I heard some terrible news. Fortunately, I decided to use Rescue Remedy within minutes of processing this information. That night I slept like a baby. The next day, the news still bothered me. But I was able to move on, trusting that God will change the outcome in His time.

Rescue Remedy Does it Work?

Normally, such upsetting news would have prevented me from sleeping. I do believe Rescue Remedy helped me weather the storm.

I do need to stress that I’m not a doctor. So I can’t give medical advice, or claim that any natural remedy will help anyone else. All I can do is share my personal experience using Bach flowers, which seem to work for me.

You can use Rescue Remedy in a number of ways, including homeopathic drops, sprays or pastilles. I prefer the drops because they last a long time. I’ve only purchased one bottle of Bach Rescue Remedy, and this was well over 10 years ago. It still works, and I may have to never buy another one again.

I like to have it on hand for emergency situations. I’ve also used it for occasional sleeplessness caused by extreme tension, even without hearing bad news. For me, it works for that as well.

Like any homeopathic remedy, I use Bach Rescue judiciously, and only as needed. If you can’t find Rescue Remedy locally, it’s available online.

Is Rescue Remedy Good for Anxiety?

The Bach Centre website points out that it’s also possible to use Rescue Remedy for the wrong reasons. It appears to be designed for short-term use, as an emotional balm to ease sudden, intense and short-term stress. Another name for this remedy, according to the centre, is the “crisis formula.”

For other emotional states, another Bach remedy may be much more appropriate, according to the centre. The beauty of flower essences is that they’re really easy to use.

There are only 38 different remedies that correspond to different emotions. Since we know how we feel, it’s relatively easy to pick.

Conventional homeopathy definitely has its place. But you typically need to work with a professional for best results. Bach flower remedies are infinitely easier to use.

Other Bach Remedies are also available online. Two of them you can see below. These include vervain, which may be appropriate for unresolved anger, along with a sense an injustice has happened. Willow essence, according to the Bach Centre, may be helpful for someone who thinks it will be impossible to forgive. 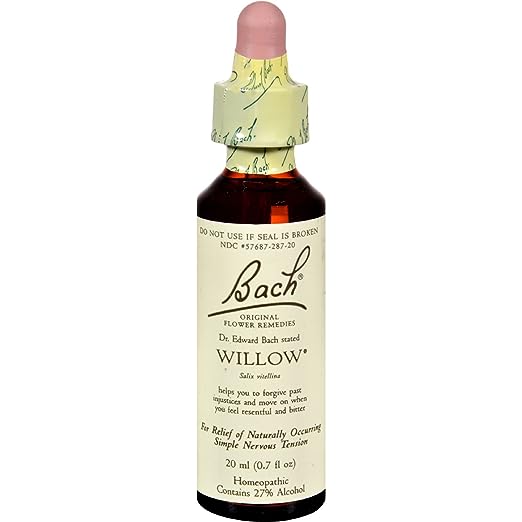 These statements have not been approved by the FDA. These products are not intended to diagnose, treat, cure or prevent any disease. Women who are pregnant or nursing should not use homeopathic remedies unless they’re working with a healthcare professional.