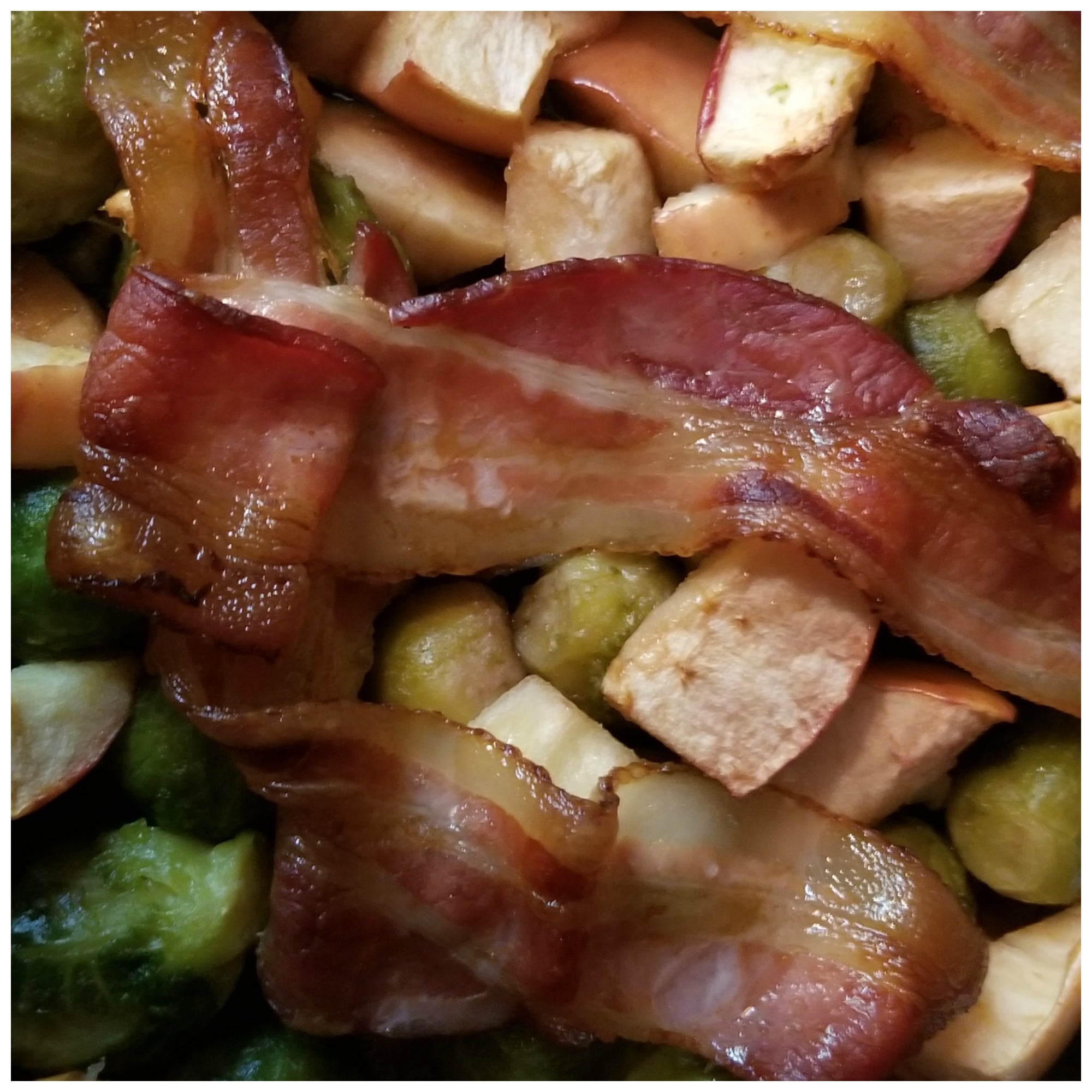 A restaurant in the next town offers an amazing Brussel spouts side dish.

People who’ve reviewed this establishment have noted that the Brussel sprouts are good.

So, when I went there for a night out, I ordered the Brussel sprouts, along with my wine.

I kept meaning to get back to that restaurant for another order of those sprouts.

However, I never seemed to find the time.

Then, one night, I was hungry.

Usually I like to eat real food from real food recipes.

But I couldn’t stop thinking about those sprouts, roasted in apple cider and cooked with bacon.

Bacon seemed to be the magic ingredient that made this dish sizzle. Literally.

So I broke down and ordered some Brussel sprouts through a popular restaurant delivery service.

This time I was disappointed.

The food delivery driver was nice and I tipped him for his excellent service.

But the food left a lot to be desired.

The Brussel sprouts were cooked differently. It looked like someone had used a lot of soy sauce and sugar.

Much different from the apple cider used the first time I ordered them.

Plus, there was not a bit of bacon to be found.

Bacon was what set this dish apart, and made it something worth ordering.

Still craving those delicious Brussel sprouts I once ordered, I decided to just try and recreate the dish.

With the original ingredients. Especially the bacon.

I also decided to make it GMO free.

Although the sprouts delivered to my house were passable, I was acutely aware I was probably eating a lot of GMO’s.

Why do I try to avoid genetically modified foods?

Here is an earlier post I published on Why Genetically Modified Food Is So Bad For Us.

So I worked on making roasted brussel sprouts with bacon that didn’t contain GMO’s.

It was much closer to the original dish I ordered and I will be making it again.

Just so you know, bacon is not the healthiest food. Especially if it’s cured with sodium nitrate.

Sodium nitrate is considered a probable carcinogen by the International Agency for the Research of Cancer.

So when I cook an occasional bacon treat, I buy a naturally cured version that contains none of this additive.

I knew I could do much better than the syrupy sweet second order of Brussel sprouts brought to my door. It was dripping so much that the delivery person had to put it in plastic bags and carry it away from his body.

This dish works best with something sweet and the bacon provides something savory.

So I used 1/2 cup of a concentrated antioxidant drink I bought at Aldi. (This is what I had in the house. But the recipe works best with organic apple juice, which is what I included in this recipe.)

Come to think of it, ALL of the ingredients that went into this dish came from Aldi.

Aldi is where I often shop.

The prices at Aldi are great and it has a growing selection of organic and non-GMO offerings.

Plus, the stores are relatively small and I’m in and out of there in no time.

For this dish, I improvised.

Instead of apple cider, I included one apple cut in small slices.

(Since I had a bag of organic Aldi apples laying around.)

There was very little preparation time, aside from the apple.

I layered the ingredients in a small glass pan and put them in the oven.

Since I was the only one in the house eating them, there were two very generous servings.

But it could also be a side dish for four.

I’d even say there are pretty forgiving. If you cook them a few minutes long, no big deal.

How To Make Roast Brussel Sprouts With Bacon 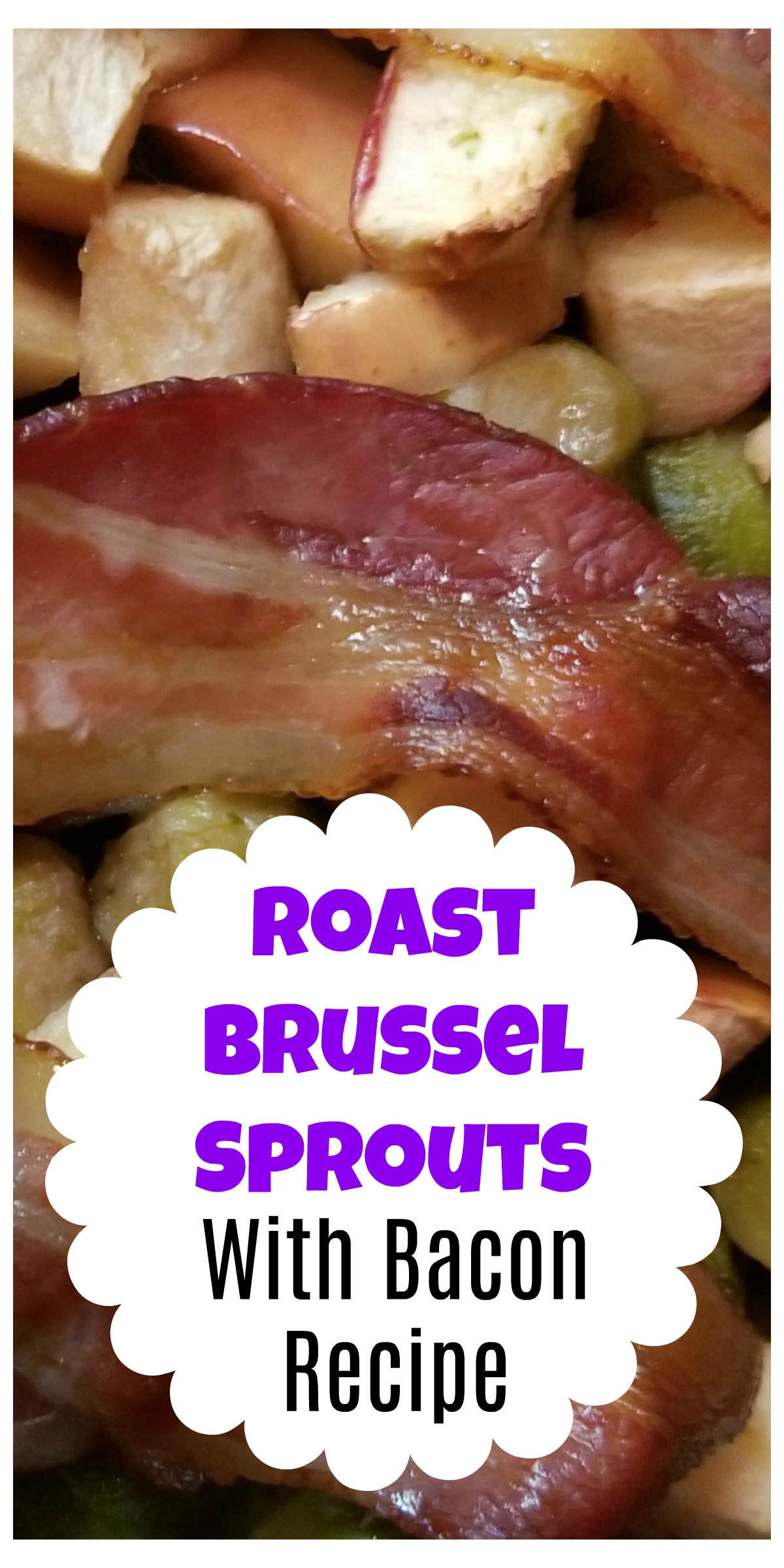