At one time, Father Sebastian Kneipp was one of the most popular men in Germany. People from all over Europe sought him out, because he had a unique healing method and extensive knowledge of herbal remedies.

Much of this was likely acquired from his mother, a skilled herbalist. But Father Kneipp was also self taught, and, obviously, expanded upon the lessons he probably learned growing up.

Father Kneipp was ordained to the priesthood in 1852, after a struggle with his health. This nearly killed him and temporarily derailed his seminary studies. He contracted tuberculosis, which, in those days, meant a painful and certain death.

However, at the age of 28, he knew enough about the human body to embark upon a radical cure. Flying in the face of standard medical advice, he did what seemed highly unwise for someone with such a serious condition. In the middle of winter, he ran to the Danube River and threw himself in. Thoroughly chilled, he ran home.

He did this repeatedly, first warming his body through exercise, and then plunging into an icy river. This served to strengthen his system, and also his theory that rapid exposure to heat and cold fortifies the body. Some holistic practitioners still recommend similar treatments for healing. But please don’t try this unless you’re working with a physician, especially if you suffer from cardiac disease or other chronic health problems.

Eventually, Father Kneipp recovered from his illness and resumed his seminary studies. As a priest, he often advocated this same method of healing, and eventually penned a book called My Water Cure. This classic work has been translated and is available online. Father Kneipp is considered one of the founders of modern naturopathy.

Many Catholics, it appears, tend to regard alternative medicine as New Age, and stay away from it. This is unfortunate, because healing herbs have been used for thousands of years, and many widely used natural remedies, such as aloe, cinnamon and cumin are mentioned in the Bible.

It’s a little-known fact, even among Catholics, that Father Kneipp was one of the most influential figures in modern naturopathy. Medical students who study how to work with the body, and treat their patients with plant-based remedies, as opposed to pharmaceuticals, are well aware of this brilliant priest.

In addition to his writings, and his book, before his death in 1897, Father Kneipp founded a line of herbal remedies still being used today. These herbal formulas are sold in health foods stores and are also available online. They are popular in Germany, where many people are familiar with his work, and the products that carry his name.

Arnica, an active ingredient in the formula shown below, is a flowering herb that’s often recommended for muscle aches, strains and bruises. This oil is also infused with ginger root extract, rosemary and Backhousia citriodora, also known as lemon myrtle. 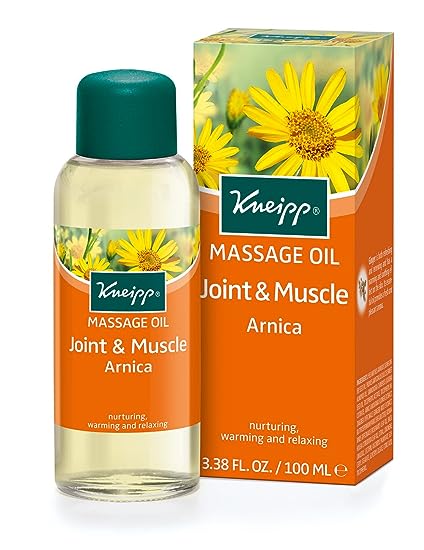 Father Kneipp’s remedies are now distributed by a company called Kneipp US. He probably didn’t receive financial gain from his remedies, as the rights were turned over to a friend, whom worked as a pharmacist, before his death. Mineral bath salts are also part of the Kneipp line, combining the healing powers of water with herbs. Shown below is the Kneipp Joint & Muscle formula, made with salts from one of Europe’s last working salt mines. In addition to the arnica, these salts contain various essential oils, such as rosemary and eucalyptus. 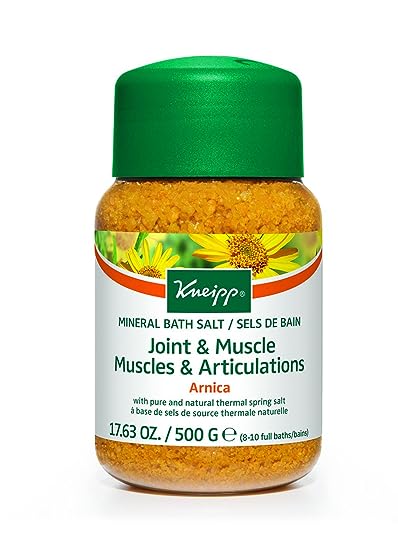 Father Kneipp was assigned to a parish in the German town of Bad Worishofen, which is where his patients traveled to see him. He treated everyone the same, regardless of their wealth, or stature in society. Only once did he break his self-imposed rule of leaving his rectory, to attend to a patient. That was when he was called to Rome, so he could treat Pope Leo XIII.

These statements have not been approved by the FDA. These products are not intended to diagnose, treat, cure or prevent any disease. People with health concerns should discuss them with a physician. Bath salts should not be used by women who are pregnant, or by people with cardiac problems.