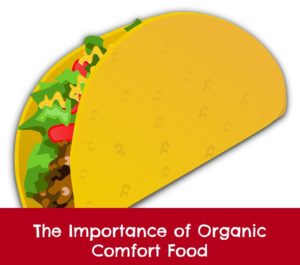 On this site, I often recommend eating organic food.

But I have to be realistic. If the food is bland, and not filling, I doubt many people will want to do a dietary overhaul. That’s why I believe it’s important to serve delicious, satisfying organic meals, especially if you have a family.

The good news is that if you’re eating organic, you can still enjoy your favorite comfort foods. That’s because healthier substitutes are available for nearly everything. Remember Sloppy Joes? You can now easily make an organic version with a premixed seasoning packet that doesn’t contain additives, chemical preservatives or genetically modified ingredients.

It does take a little more planning and effort to eat organically. It is more work. But, for me, the payoff has been immense.

At the ripe old age of 46, my body felt like it was falling apart. One of my hips became stiff. Sometimes, it felt as if my joints were on fire. Also, I was tired all the time and could barely stand in my kitchen, making a meal, without getting exhausted.

This was something that seemed to be coming on for awhile. For years, I was easily fatigued. I felt like I was 90, even though people told me I looked younger than I really am. However, I can assure you, in this condition, I wasn’t going to be around for the long term.

Something had to change. A friend had been gently reminding me for years that I needed to eat better. Although I didn’t relish giving up all the junk, I had no choice. Out of necessity, I began to cook organic meals. My family accepted this at first, before they started complaining.

Used to the chemical-laden comfort food I had been cooking, they longed for the tastes they’ve become accustomed to. Was there a better, healthier way to make their favorite comfort foods? If there was, I had to find it.

Deviating from the Standard American Diet is difficult if you live in the United States. But, if you suffer from chronic health problems, it’s infinitely easier than staying sick. I am now nearly recovered, except for just a little bit of lingering pain. I barely notice it, so life has returned to normal.

However, it is possible to make everyone’s favorite comfort foods in a healthier version. I’ve purchased a lot of organic spices, so I can make my own seasoning mixes. Sometimes, though, these don’t taste quite the same as packaged mixes.

However, if you buy a packet of seasoning in the grocery store, it’s bound to contain objectionable chemicals. Also, in the United States, most spices, unless they are organic, are irradiated. Whether this results in the formation of toxic compounds is a matter of debate. But I don’t want to take the chance.

Fortunately, a number of organic spice mixes are available. But they aren’t yet commonly found in regular grocery stores. At least I don’t see them in my area. But you can buy them online.

If you’re going organic, they may help resolve the problem of picky eaters. Having these mixes in the house also allows older children the opportunity to easily whip up a health meal or snack, instead of indulging in junk food.

Growing up, Sloppy Joes were one of my favorite. I never had them at home, but they were served about every two weeks as the hot lunch selection in my school cafeteria. I remember how good they were. Once I became an adult, married and on my own, I turned to my childhood favorite. I used a canned Sloppy Joe mix, until I got sick. 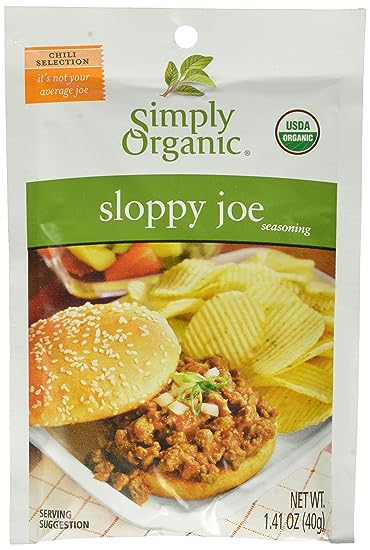 Try as I might, I can never get it right with Mexican seasonings if I try to do it on my own, without a packet. However, the seasoning mixes in the grocery store are loaded with chemicals. 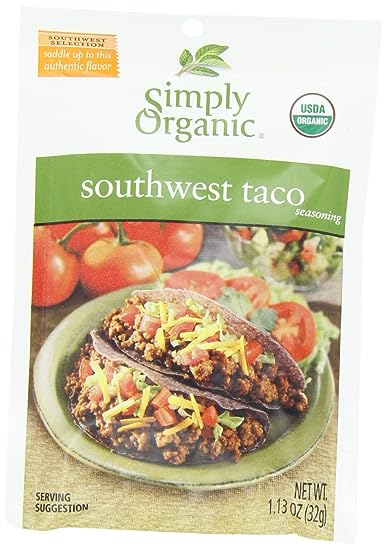