The Need For Better Cancer Treatments 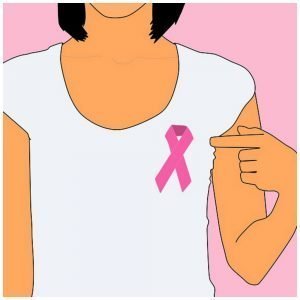 I won’t buy any product with a ribbon attached to it as a means of promoting cancer awareness.

Every type of cancer now seems to have its own special logo and its own month set aside to increase the profile of certain types of tumors.

The people running these awareness campaigns undoubtedly have good intentions. Oftentimes, they’re doing this work because someone close to them was struck with a certain type of cancer. However, despite these efforts, we still seem to be light years away from readily available non-toxic treatments.

Cancer has reached epidemic proportions. Each year, throughout the world, it claims at least 7.6 million lives. Cancer now causes 13 percent of all deaths.

The Need for Better Cancer Treatments

Mainstream treatments have changed little in recent decades. The three most prevalent means of attacking cancer are surgery, chemotherapy and radiation. Some people jokingly refer this trio as “cut, poison and burn.”

Many people live in fear of cancer. This is understandable. Modern medicine is very good at diagnosing this condition. What’s missing is a solution.

Everyone right now probably knows someone who’s battled the disease and lost. The numbers alone should tell us that we haven’t made much progress.

Ribbons, butterflies and flowers don’t help people survive cancer. Instead, they’re designed to raise awareness. However, anyone who’s lost a loved one is already painfully aware of this disease.

Now, at least three types of ribbons are associated with cancer. The best-known is the pink ribbon, used to raise awareness of breast cancer. We see a lot of pink ribbons throughout the year, but we tend to see them even more in October, which has been designated as Breast Cancer Awareness Month.

He underwent all that mainstream medicine had to offer, but still died within a couple of years of being diagnosed. Blue ribbons didn’t help him a bit. Nor did the fact that September is now Prostate Cancer Awareness Month.

Purple is the color of the ribbon associated with pancreatic cancer, the same type of malignancy that killed actor Patrick Swayze.

Pancreatic cancer has a very low survival rate, although patients treated with surgery fare better than those who don’t according to the American Cancer Society. However, only about 15 percent of patients are candidates for surgery.

The pink ribbons have also morphed into butterflies. There is now a thriving industry of butterfly-emblazed products – t-shirts, hoodies, visors, pajamas and teddy bears. But there’s still no widely accepted non-toxic mainstream medical treatments to attack cancer that don’t cause pain and suffering. There’s also controversy between mainstream oncology and a more integrative approach.

But the call for better cancer treatments is getting louder. We can now find more information on non-toxic approaches to treating this disease. Please understand, though, that I’m not a doctor. I cannot give medical advice, nor make any claims about alternative cancer treatments. This post is written solely for discussion purposes only. People with health concerns should discuss them with a professional. Never ever neglect getting treatment because of anything you read on this site.

However, I do believe it’s important to share information about other published resources. One of them is Outsmart Your Cancer: Alternative Non-Toxic Treatments that Work by Tanya Harter Pierce, M.A, MFFC, who writes about alternative cancer therapies with a long history of use.

Another is Natural Strategies for Cancer Patients. It’s written by Russell Blaylock, MD, who makes a strong case for using natural remedies, even in the midst of conventional treatment. You can see both of these books below.

One of the most comprehensive on the market is authored by a man named Ty Bollinger, who lost seven relatives to cancer after they underwent conventional chemotherapy and radiation.

He has since embarked upon a mission to educate people, and to spread the word that other options exist. Actually, there are many ways to attack cancer and to potentially eradicate tumors that don’t involve highly toxic therapies, according to Bollinger.

Bollinger’s book, entitled Cancer: Step Outside the Box describes some of the most popular alternative treatments with a long track record of helping patients beat the disease. A partial list includes the Budwig Diet and intravenous Vitamin C. There’s also information about common items that you probably have in your kitchen, which naturallly cause malignant cells to self destruct.

Perhaps, even more importantly, Bollinger discusses the root causes of cancer in order to prevent the disease from recurring. He writes about the physical as well as psychological factors that may contribute to tumor development. Readers will also learn why sticking to an anti-cancer diet is so important.

Bollinger’s book apppear to offer some hope, even when conventional physicians have said, “There’s nothing more we can do.”