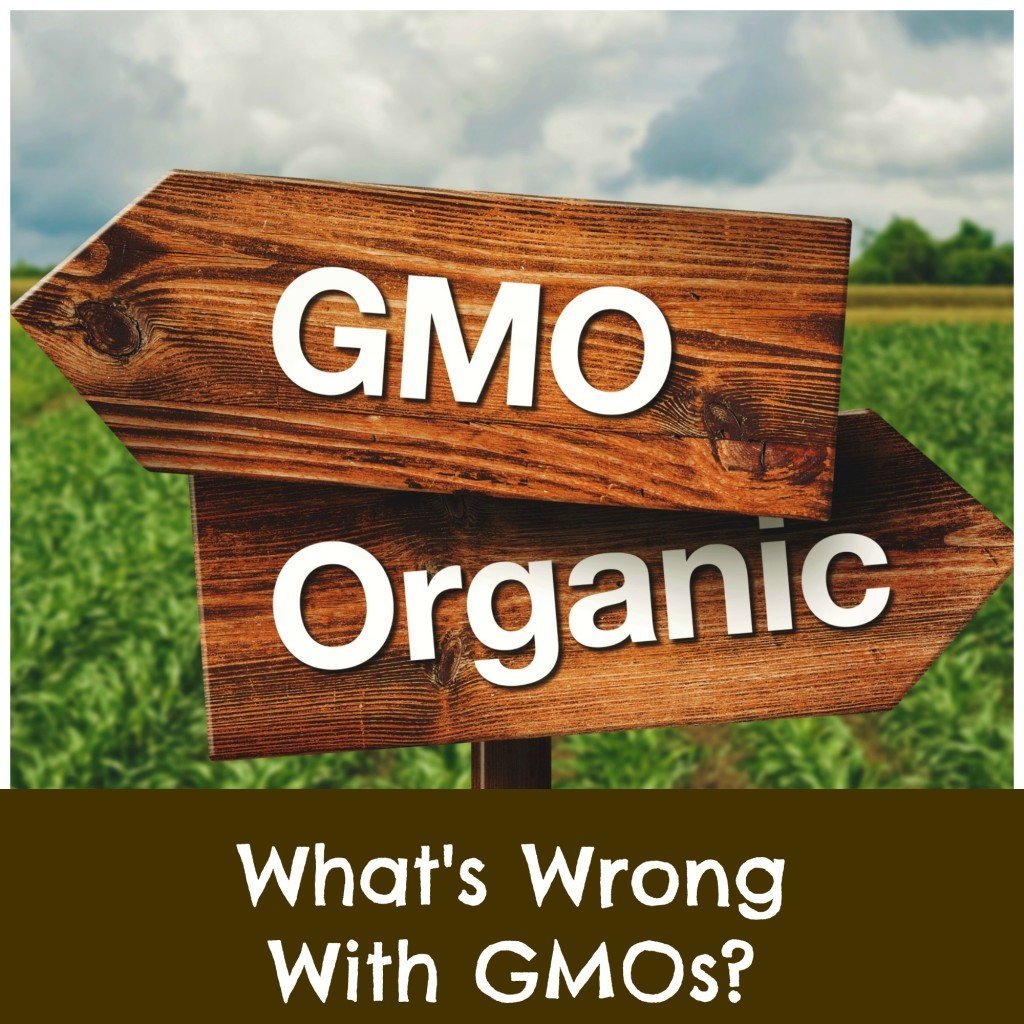 During the last two decades, our food supply has become filled with GMO’s. Now, unfortunately, things appear to be getting worse, as I’ll explain shortly.

Weeds are becoming resistant to one controversial herbicide called glyphosate. So, a new product known as Enlist Duo has emerged. It was approved, despite a link to kidney cancer in animals, according to an article published in the Chicago Tribune. This, in turn, has spurred a Congressional review of the approval process.

If you are reading this, I beg you to research this issue, in order to make the right decisions for yourselves and your loved ones. In our house, we eat organic food. I can give you tips on making the switch, and being able to afford to feed your family healthy meals.

Organic food does not contain GMOs. Some processed food that’s not organic may also be GMO free. Typically, it will say so on the package. Unless I see a product labeled this way, I generally don’t buy it.

Where to Buy Cheap Organic Food

Eating organic is expensive. One way I’ve been able to keep food costs down is shopping at Vitacost. This is where I buy a lot of my organic staples. Vitacost prices are usually much better than my local grocery store. Plus, this large online retailer offers discounts and coupon codes.

We’ve been hearing a lot about genetic modification. We know it’s controversial. But relatively few people realize why our food is redesigned.

This is accomplished through gene splicing. Plants have been selectively bred for many centuries. But what we’re seeing today is much different. Strange new combinations are created. For instance, bacterial genes are being inserted into corn seeds. The end result is crops that won’t die when they’re sprayed Monsanto’s Roundup. These seeds are referred to as “Roundup Ready.”

One of the active ingredients in Roundup, made by Monsanto, is glyphosate. This chemical has been linked to a variety of health problems, including cancer.

Why GMO Food is Bad for You

One study published in the Journal of Environmental & Analytical Toxicology found that chronically ill people had higher levels of glyphosate, compared to those who were healthy. There was also a correlation between higher glyphosate levels if you ate genetically modified food.

Roundup is designed to kill weeds. It does this very effectively. Then, it apparently stops working. The weeds become resistant. This requires farmers to use increasing amounts of this herbicide.

This means more and more glyphosate is being released into the environment. It then makes its way into the food chain.

Weed resistance has led to the need for difference chemicals. One is Enlist Duo, made by Dow Chemical Co. This contains a compound used in the notorious Agent Orange. Enlist is now approved for use in the United States.

A great deal of attention has been focused on Monsanto, which makes Roundup. This corporate entity is the target of protests. Whenever you find an anti-GMO group, you are sure to see hand-drawn signs railing against Monsanto. Much of this is focused on the fact that this company has been a driving force behind genetically modified foods.

Today, about 90 percent of the corn and soy grown in America comes from genetically modified seeds. Nearly all of our sugar beets (about 95 percent of the total crop) are genetically modified. Canola oil is also likely to be engineered. These ingredients are found in many processed items, such as tortilla chips and other snacks. One way around this is to buy organic.

As I mentioned earlier, I buy a lot of my organic items at Vitacost. That’s because I need to find an affordable way to feed my family. For instance, Late July brand USDA-certified organic corn chips cost less than what I’d spend at my local supermarket, when I factor in various discounts and rebates.

Enlist Duo is highly controversial. There are conflicting studies as to whether it poses a human health risk. There are also concerns that adding this new chemical to the mix will greatly add to the problem of herbicide-resistant weeds.

Enlist also contains glyphosate, which has been linked to cancer. As far back as 1999, two Swedish researchers, Dr. Lennart Hardell, MD and Dr. Miikael Erikkson, uncovered a connection between this herbicide and an increased risk of developing Non-Hodgkins lymphoma.

Another active ingredient is 2,4-D, one of the components of the notorious Agent Orange, used to defoliate jungles during the Vietnam War.

Most of the controversy surrounding Agent Orange is centered on its other active ingredient. This chemical is called 2,4,5-Trichlorophenoxycetic acid. It’s also known as 2,4,5-T. During manufacturing, 2,4,5-T is often contaminated with dioxin. This toxin is known to cause cancer in animals. Dioxin is also something that stays in the human body, as well as the environment.

Because dioxin is a potential byproduct of this 2,4,5-T, this compound is no longer used on American food crops.

Is dioxin also a problem for 2,4-D? Investigative journalists in Australia have recently (as of 2013) found that high levels of dioxin were present in a generic form of this chemical imported from China.

Why is Genetically Modified Food Bad for Humans?

It’s a well established fact that dioxins lead to cancer in animals. Consequently, the EPA classifies them as a probable human carcinogen.

One group, the International Agency for Research in Cancer, based in France, has listed one type of dioxin known as TCDD as a substance being carcinogenic to humans.

Researchers also know that dioxins linger for a long time in the environment. Our body also has no easy way of discharging these compounds. So they accumulate in our fat cells.

One of our primary sources of dioxin comes meat and dairy products, derived from animals who’ve been exposed to this chemical. Eating fish from areas contaminated with industrial waste is another source of exposure.

Dioxins have been linked to reproductive problems, as well as immune suppression and liver damage. Extremely elevated levels can cause an unsightly and often permanent skin condition known as chloracne. This causes pustules form on the face, neck and other parts of the body.

Right now, I’m trying to keep all genetically modified foods out of my house. This means mostly eating organic food.

Soy is one of the crops most likely to be genetically modified. This is why we use a GMO-free soy sauce substitute, which we also get at Vitacost.

Does Glyphosate Cause Cancer?

Glyphosate has been in use since the 1970’s. It was welcomed by farmers for its ability to destroy weeds. This chemical is an active ingredient Roundup, which is now sprayed on genetically modified food crops.

There appears to be a growing backlash against GMOs. Vermont has passed a law that will require any GM products sold within the state to carry a label by 2016. Similar legislation has been introduced elsewhere.

The Environmental Protection Agency does not consider glyphosate highly toxic, when used according to directed, nor does it believe it to be carcinogenic, according to published reports.

However, one French researcher named Dr. Gilles-Eric Seralini, affiliated with the University of Caen, disagrees. He’s sounded the alarm against genetically modified foods.

Another online publication noted that Dr. Seralini believes glyphosate should be studied with other compounds that it’s commonly mixed with. It’s possible, according to Dr. Seralini, these chemical interactions may be more toxic than we’ve been led to believe. That’s why I’m so thankful I’m able to find reasonably priced GMO-free foods at Vitacost.

Dr. Seralini also conducted a landmark study on rats. It demonstrated that animals fed genetically modified corn developed enormous mammary tumors. But Dr. Seralini doesn’t think glyphosate is the culprit. Rather, he concluded, cancer resulted from exposure to foreign DNA, or rather, the genetic modification itself.

Although more research is needed, the results of the study highlight the potential dangers of tampering with our food supply.

In Europe, you won’t find genetically modified food in the supermarket. That’s because laws require products contain GMOs to be labeled. Because the public has resisted consuming engineered food, the stores have stopped selling it.

If you are serious about avoiding GMOs, buy only organic packaged products, or those that clearly state they contain no genetically modified ingredients.

How To Avoid GMOs in Your Food

There are very few restaurants that strive to serve GMO-free food. So if you want to avoid eating these controversial creations, the most reliable way is to cook your own food from scratch. That way you know exactly what ingredients are being used.

I know this sounds daunting. It means giving up takeout food, except for special occasions. But the end results may be worth it. My own energy level soared once I cleaned up my diet.

If you want to clean up your diet, one of the easiest ways to get started is with a low-cost meal planning service, such as Real Plans. Each week, you’ll receive a shopping list that contains all the food you’ll need to put healthier meals on the table. There’s also a good chance this will save you a lot of money, especially if you find yourself throwing food away. With Real Plans, you buy only what you need. If you’d like more information, click on the picture below.

Why Genetically Modified Food is Bad