The Story of Essiac Tea 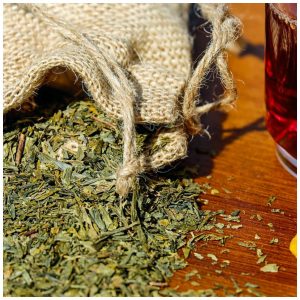 Many cancer patients have probably heard of “Essiac tea.” Perhaps that’s because well-meaning friends and relatives have urged them to try it.

Cancer patients are used to receiving a lot of unsolicited advice, some of it helpful. But some of it may be questionable.

So what is Essiac tea? And what role has it historically played as a cancer treatment?

The four herbs used to make Essiac herbal tea are a combination discovered by a Canadian nurse. Or, at least she was one of the first people of European descent to learn about this remedy. Apparently, Native American healers had been using this for a long time to treat malignancies and other conditions.

In 1922, a nurse from Ontario name Rene Caisse, RN, learned of a purported cancer-fighting combo made from sheep sorrel, burdock root, slippery elm and Indian rhubarb.

These same four herbs are currently used in a wide range of Essiac and Essiac-like products, including Now Foods Ojibwa tea, which I’ve used myself. I have chronic nerve inflammation. So I try to control this naturally with various teas, supplements and tinctures. Ojibwa tea did seem to make me feel better while I was taking it.

Caisse discovered this formula while treating an elderly woman who survived a brush with breast cancer many years earlier. Although the tumor left an ugly scar, it didn’t take her life. The woman rejected conventional medicine because she and her husband couldn’t afford the hospital bills and she wasn’t enamored with the idea of losing her breast. At least that’s what she told nurse Caisse.

I personally find the story of Rene Caisse fascinating, because it was one woman up against a powerful medical establishment. Various books have been written about her life and work. Below, you can see two of the books on Essiac tea, as well as one on the remarkable life of the dedicated and selfless nurse who made it famous.

Caisse then found the same herbs. She mixed them in the right proportions. Several years later, the sister of Caisse’s mother became very ill. Found to have metastatic stomach cancer, she was given a very poor prognosis. Caisse gave her some herbs, which apparently killed the cancer. Her aunt lived another two decades, according to other published reports.

Later, Caisse’s mother was also found to have inoperable cancer. So the Native American herbs appeared to saved another life.

I do need to stop and point out that I’m not a doctor. So I can’t give medical advice. Everything here is written for discussion purposes only. In no way am I implying that Essiac tea can be used as a standalone treatment for cancer. I also want to tell my readers to not neglect getting proper medical treatment because of anything they read on this site.

The Story of Essiac Tea

Caisse, working with various doctors, began giving her herbs to other people diagnosed with cancer. She was, for a short time, allowed to practice in a special clinic in a small Ontario town. Practicing alongside doctors, she saw hundreds of patients a week.

Committed to helping others, and finding a solution to a disease that claims millions of lives every year, Caisse never profited from her formula. People would leave a small donation if they could afford to. If not, the medicine was free. This kindly and ethical nurse also turned down bribes to reveal the secret ingredients because she worried it wouldn’t be available, at low cost, to ailing patients.

I suffer from chronic nerve inflammation. Essiac type tea is one of the many natural remedies I’ve tried, in an attempt to bring this under control. I’m doing very well. But I need to constantly rotate my remedies, so they keep working. So Now Foods Ojiway Tea concentrate is one of the formulas I’ve tried. It did seem to help, and I plan to order it again.

What I liked about this brand of Essiac-like herbs is that it travels easily. Unlike the dried herbs, you don’t have to cook it on the stove for hours. I took the Now Ojibwa to California a few years ago. However, one bottle I put in my carry-on bag. But I couldn’t bring this liquid on the plane. Live and learn. If I do this again, it will go in my checked luggage.

So I can recommend this brand as a dietary supplement because I’ve used it myself. (I want to be careful to note that I’m not claiming this tincture cures cancer.) Now Foods Ojibwa tea contains the same four herbs found in the original Essiac.

How Does Essiac Work

Some of the herbs in Essiac tea do appear to contain cancer-fighting compounds. But rigorous controlled studies haven’t been done on this four-herb Essiac recipe. All we have to go on is anecdotal evidence.

Rene Caisse lived into her 90th year. A bus load of former patients, all cured of cancer, traveled to Ontario to attend her 90th birthday party. Although mainstream medical societies fought Caisse, and her work, and eventually pressured her to stop dispensing the herbs, she did have support in high circles.

One advocate of Essiac was Dr. Charles Brusch, the physician who treated President John F. Kennedy. Dr. Brusch had developed colon cancer, and he had so much faith in Caisse’s work that he used her formula to cure himself.

Of the four ingredients, it’s believed sheep sorrel is the strongest anti-cancer compound. The rhubarb and burdock root are also thought to attack malignant cells. Slippery elm is a potent anti-inflammatory.

Essiac is Caisse’s last name spelled backwards. Before she died, she passed on her secret formula to the Respirin Corporation, the only company licensed to sell Essiac. The company is now called Essiac Canada International and its products bear the name Essiac, as well as Caisse’s photograph.

As far as I know, and I could be wrong, scientific controlled studies haven’t been done on either of these formulas, due in large part to the fact Caisse’s work was widely panned by the medical establishment.

Patient support and popular sentiment did result in a bill reaching Ontario lawmakers, which, if passed, would have recognized Essiac as a legitimate cancer treatment, at least within the province. But the bill was narrowly defeated.

Right now, there are numerous other Essiac-like products on the market. More than one claim to be the original formula. Unfortunately, due to all the competing claims, it’s sometimes difficult to discern truth from fiction. But it does appear as if the Respirin Corporation version is the true original Essiac.

Of course, more studies on Essiac and Essiac-like formulas are needed. Modern science is just beginning to look at the individual herbs. One of the ingredients, burdock root, has traditionally been used as a “blood purifier” and diuretic, according to the University of Maryland Medical Center. The UMMC also notes that slippery elm, another ingredient, was used by Native Americans for a wide range of conditions, including digestive problems.