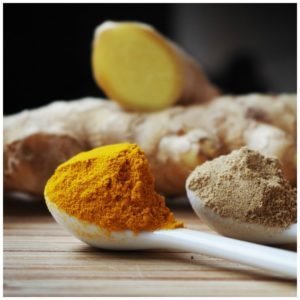 In recent years, turmeric has received a lot of attention. That’s because this yellow seasoning is good for us. It appears to contain powerful cancer-fighting compounds, as well as natural anti-inflammatory agents.

Turmeric Root for Your Health

That’s why you’ll now find turmeric in a wide range of dietary supplements. Many of these are designed to curb excess inflammation, such as the natural whole herbal formula I’ve taken in the past to help my chronic nerve pain. (It contains turmeric, as well as a number of other herbs.)

It seems as if turmeric can help relieve chronic pain. A lot of people report that it does. For them, it appears like a wonder drug, even though it’s plant based. But we’re all different.

I have chronic nerve pain. Turmeric doesn’t help me. I think that’s because some herbal remedies work with some people. But don’t work with others. Other herbs do relieve my pain. The good thing is that herbal remedies abound, and there’s plenty to choose from.

I think part of the reason there’s so much buzz around turmeric is that it’s been well studied. Or at least a component of turmeric called curcumin has been. Researchers have found that curcumin blocks an enzyme called COX-2 This is used by the body to produce prostaglandin, a hormone that’s part of the inflammatory response.

If you spend any time on social media, you’ll also see pictures of turmeric milk, an Ayurvedic remedy that’s been used for ages to treat a wide range of conditions, including joint problems and digestion. This recipe can also be used as a general health tonic. But Ayurveda is very individualized. Practitioners know that some herbs will not help certain people. Others will.

Undoubtedly, part of the reason turmeric is all the rage, right now, is that it’s natural. It’s also widely available. Plus, turmeric has a growing body of research behind it. It can fight inflammation. (But probably better in some than in others.)

And it contains potential cancer-fighting compounds. Turmeric also seems to offer protection against Alzheimer’s disease, according to Dr. Andrew Weil, MD, who, in my own humble opinion, is one of the best sources on the potential benefits of this spice.

Dr. Weil cited a paper published in 2007, which looked at all the turmeric research to date. The author of this study, which ran in the Alternative & Complementary Therapies journal, concluded that turmeric was better than many pharmaceuticals, in terms of treating some chronic illnesses, Dr. Weil noted.

Cyclooxygenase-2, or COX-2 is, natural enzyme that’s plays a role in the inflammatory process. A certain amount of inflammation is normal. This is what prompts our bodies to start the healing process, after an injury or infection. However, too many of us suffer from excess inflammation. This is inflammation that doesn’t get switched off.

Many holistic practitioners believe chronic inflammation is the reason we’re seeing so much chronic illness. Currently, I’m fighting nerve inflammation. At one point, I was barely able to function. Now, thanks to a clean diet and a lot of natural remedies, I have hardly any symptoms. I hate to think of what would have happened if I’d continued along this path, without a lifestyle overhaul.

Research has underscored curcumin’s ability to inhibit the action of COX-2. (Curcumin is a chemical found in turmeric.) This is similar to what non-steroidal anti-inflammatory medications do. However, this turmeric derivative does this without the potentially serious side effects caused by these drugs.

Not surprisingly, given the research to date, Dr. Weil appears to be a big advocate of using turmeric in your food. He also mentioned potentially drinking turmeric tea, or taking herbal supplements that contain this extract. However, I’m not implying that he recommends or endorses any particular brand you may see on this page.

Natural Remedies for Inflammation and Pain

Also, I need to stress that I’m not a doctor. So can’t give medical advice. Nor can I promise that any particular spice or supplement will help you feel better. All I can do is share my own account of using turmeric, and other natural remedies, instead of drugs.

My condition developed along with another problem known as adrenal fatigue. This is often diagnosed by holistic healers. Through the years, I’ve taken a number of dietary supplements designed to help heal my battered adrenal glands. I’m so grateful to have pretty much recovered from this. My problem is permanent. But my symptoms are well controlled. So I can lead a normal life.

How To Use Turmeric Powder For Cooking

Even though I don’t use turmeric medicinally, I do use it for cooking. Mostly for the color. It turns food a deep yellow. (Even though it does nothing for my pain, I know it contains cancer-fighting agents.)

When I’m cooking, I sometimes add powdered organic turmeric to my food, when it works with the recipe. I make sure to use a USDA-certified organic brand. That’s because I want to avoid pesticide residues.

Also, there’s a common practice of irradiating spices. This is done to extend their shelf life. However, this isn’t done to organic spices. Given the potential health benefits of this spice, I don’t want to buy a brand that’s irradiated.

When I’m cooking with it, I also add a little organic black pepper. This is supposed to make it more easily assimilated by the body.  Here is the kind of turmeric we use in our house.

There’s great debate over which form of turmeric is best to use. Right now, there’s a trend of isolating curcumin, a compound found in whole turmeric, and putting it in supplements. In an earlier article, I explained why I’ve decided to use a whole turmeric supplement, rather than one that is made with curcumin.

You can read more about the turmeric vs turmeric/curcumin debate here.

Actually, I had a fairly difficult time finding a natural anti-inflammatory supplement made with whole turmeric. After an exhaustive search, I settled on Zyflamend to help alleviate my nerve inflammation. (I took it for a year and it seemed to help a lot. Now, my body no longer needs it.)

Zyflamend also contains nine other medicinal herbs. Whenever possible, I like to take herbs that are part of a formula. That’s because it’s widely believed that combining certain plants creates a positive synergy. The other ingredients in Zyflamend, in addition to turmeric, are rosemary, ginger, green tea, hu zhang, holy basil, barberry, oregano, skullcap and goldthread. 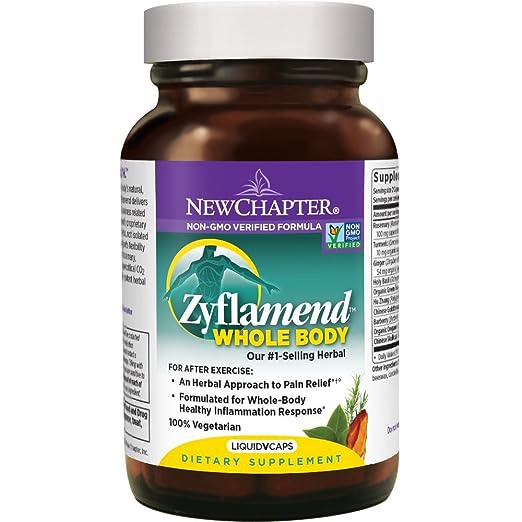 Actually, it was so hard finding a supplement with just turmeric, instead of turmeric. If

you have any doubt, look for the wording “whole turmeric.” If it says “turmeric cucumin” that probably means it’s the isolate, and not the entire herb.

At least with Zyflamend, I know I’m getting full-spectrum turmeric, which may very well contain other valuable compounds, in addition to curcumin.

Also, Zyflamend contains holy basil. This herb has also received a lot of attention for its potential ability to natural reduce inflammation. Holy basil, also known as tulsi, is considered an adaptogen, for its reputed ability to help mitigate the effects of stress. (I believe the holy basil was a big part of the reason Zyflamend helped me.)

These statements have not been approved by the FDA. These products are not intended to diagnose, treat, cure or prevent any disease. People with health concerns should discuss them with a doctor. Women who are pregnant or nursing should not take herbal supplements, unless directed to do so by a healthcare professional. People taking prescription drugs should first discuss using turmeric with their physician.

How To Use Frankincense Oil For Inflammation

Leave a Comment
Previous Is Astragalus An Adaptogen?
Next Pumpkin Seed Powder To Sleep