What Is EFT Tapping For Anxiety? 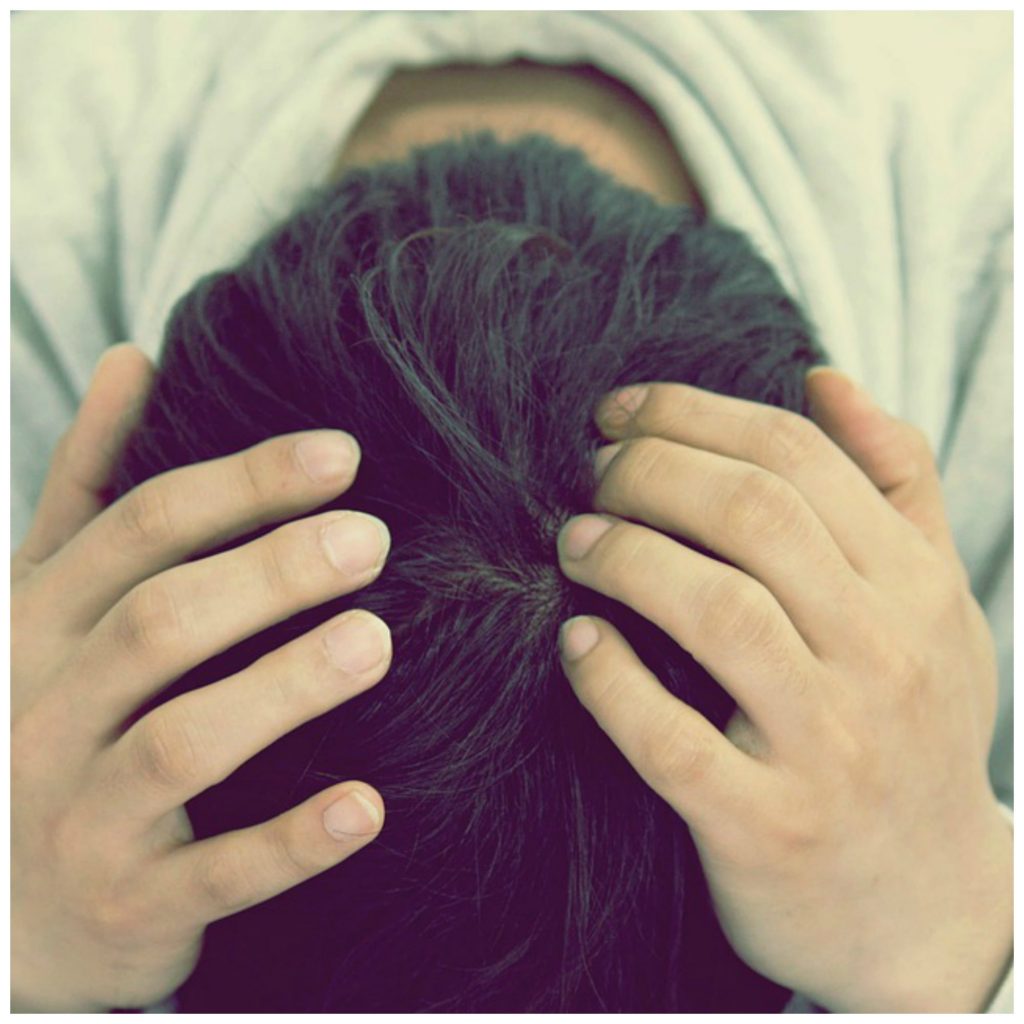 EFT Tapping for anxiety really does work, and there’s scientific evidence to back that up.

Tapping sounds crazy. It sounds too good to be true.

And you know when something seems too good to be true it usually is.

How can a simple tapping exercise banish negative thoughts and permanently put your mind in a better spot?

If this healing technique so good, why aren’t more people just “tapping” their problems away? Why aren’t doctors telling their patients about this simple, yet effective, natural healing method? Why aren’t they shouting about it from the rooftops?

Especially considering the times we live in. They’re very stressful. People definitely need an easy, safe, effective drug-free solution to anxiety. Believe it or not, tapping can be just that thing.

What Is EFT Tapping for Anxiety?

EFT is an acronym for Emotional Freedom Technique. It’s based upon ancient Chinese medicine, which involves acupuncture and acupressure. Then it’s infused with psychology, a more modern discipline.

Tapping involves tapping on the certain meridians located on your upper body. The idea is that these points are connected to various parts of your body. Thinking about a certain problem while tapping, allows your body to release the negative thoughts that it’s been storing.

Emotional Freedom Technique is a form of energy medicine, somewhat similar to homeopathy, acupuncture and chiropractic care. It operates on the principle that energy flows through the body. Sometimes this flow becomes impeded. Tapping is believed the relieve that blockage.

All of the above probably sounds far fetched to anyone who’s used to Western medicine. This is probably the reason a lot of doctors haven’t heard to tapping. Or, if they have, they don’t tend to recommend it.

Modern medicine is largely driven by the pharmaceutical firms. This is where funding comes from for various studies. These studies often involve bringing a new and profitable drug to market. Doctors are largely trained to diagnose and prescribe drugs.

Drugs have their place. But they also have limits. They treat symptoms. But they don’t heal the body (or the mind) from within. Plus, they have side effects. These can range from annoying to deadly. If there’s a totally natural risk free way to reduce stress, then why not take advantage of it?

There’s scientific evidence that shows tapping is useful. The idea of energy meridians has been around for ages. The more modern concept of tapping was apparently discovered by a psychologist who had also studied Chinese medicine, and new about acupressure points.

He stumbled upon tapping while trying to help a patient overcome her fear of water. He decided to apply gentle pressure to various upper body meridians.

This treatment was so successful that her water phobia disappeared. What we now now as tapping came into being in 1980.

Through the years, EFT has been refined. It’s caught the attention of some mainstream researchers.

Numerous studies show that tapping can help our emotional health. In fact, one Harvard Medical School psychiatrist described tapping as “the most impressive intervention I’ve encountered in 25 years worth of work,” according to an interview conducted by a Boston-based radio station.

Multiple studies have confirmed the benefits of emotional freedom tapping are real. One report published in The Permanente Journal found that most tapping practitioners found that a series of sessions was highly effective in resolve post traumatic stress disorder in a group of veterans. A majority of the practitioners said that most of their clients were “fully rehabilitated.”

One of my favorite natural health experts is Dr. Joseph Mercola, DO. I often mention him on this blog, and I frequently direct the members in my private Facebook group to his site. I learned to “tap” on his site, which contains an instructional video, which you can see below.

What I like about this video is that it takes the mystery out of tapping. You just do it. It’s straightforward and to the point.

Tapping is easy. There are practitioners who will lead you through the technique. But I found the video so helpful that I didn’t feel the need to seek professional tapping help.

As someone who has spent a small fortunate on natural medicine, I was so happy to find something for free. Even better is that it worked really well for me.

The video above is easy to follow and soothing. Tapping involves focusing on a particular problem or emotion that bothers you. You tap while thinking about the problem. (I visualized it flying out of the top of my head.) You can also recite a series of affirmations.

I think affirmations are a little silly. So, instead, I simply thought about the problem. Then, I said to myself, “It’s going to be okay. Everything’s going to be alright.

For each problem that surfaced, I watched the video once. What typically happened is that I’d focus on one problem. It would seem to resolve. However, I’d quickly start thinking of another very separate problem.

I think it took a total of 20 separate tapping sessions (while watching the video) to feel as if my overwhelming anxiety was gone. The anxiety seemed to be caused by certain traumatic events. I can’t even begin to tell you how much better I felt after “tapping” the problems away.

I”m not sure how often you’re supposed to tap on any given day. I think I averaged about two sessions a day, probably for about two weeks.

I started tapping during an extremely stressful point in my life. I think I even might have been suffering from PTSD, even though I didn’t seek a formal diagnosis.

Years later I feel a lot calmer. It may not all be due to tapping. I also took a lot of homeopathic remedies. These can help the mind as well as the body. But I felt an immediate positive effect from tapping.

After that I lost interest in tapping. I like to think that’s because my anxiety over certain disturbing events is gone. Occasionally, when something really stressful happens, I’ll start tapping again. But usually just one session. As I write this now, I haven’t tapped my meridians in a long time. Whatever gains I’ve made haven’t reversed themselves.

The beauty of tapping is that it’s free (unless you pay to see a practitioner), it’s easy and you can do it yourself. I’ve tried tapping while riding as a passenger in a car, or while I’m just sitting on a couch. But I find the best results from watching the above video and just following along.

The first part of the video is an introduction to the technique. I find that I’m able to start at the 3:30 mark and watch it until the end.

Sometimes in my private Facebook group (we all suffer from chronic pain and fatigue), I suggest that people try tapping. Especially if they have anxiety or sleep problems.

I haven’t been able to find specific studies showing that tapping can help with insomnia. But I do notice that when I do EFT I seem to enjoy deeper, more restful sleep. 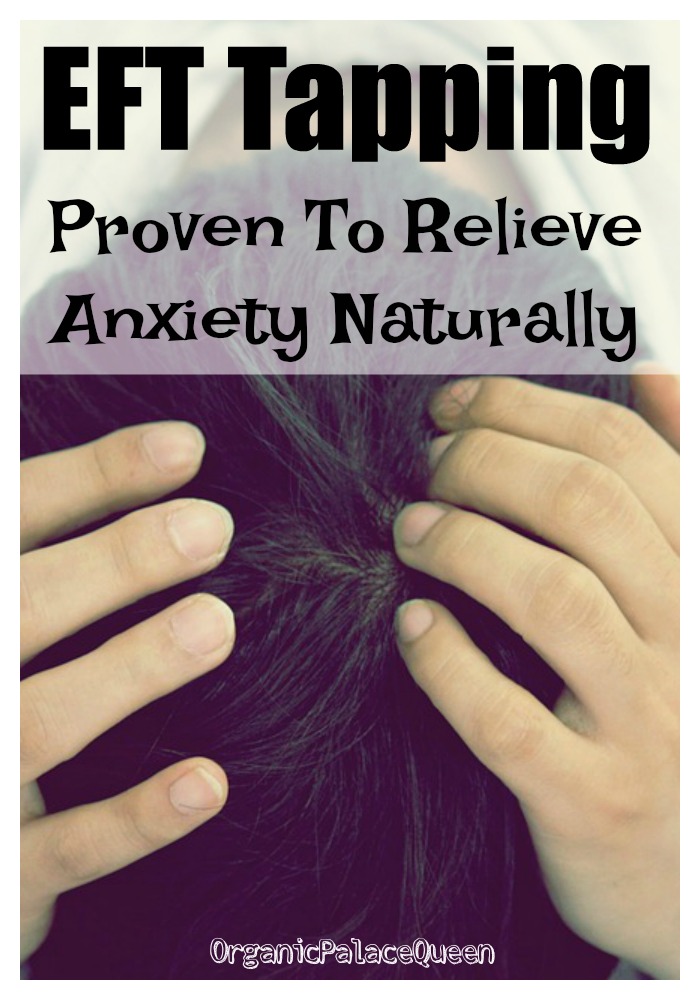