What Type of Germ Fighting Essential Oil Should You Buy? 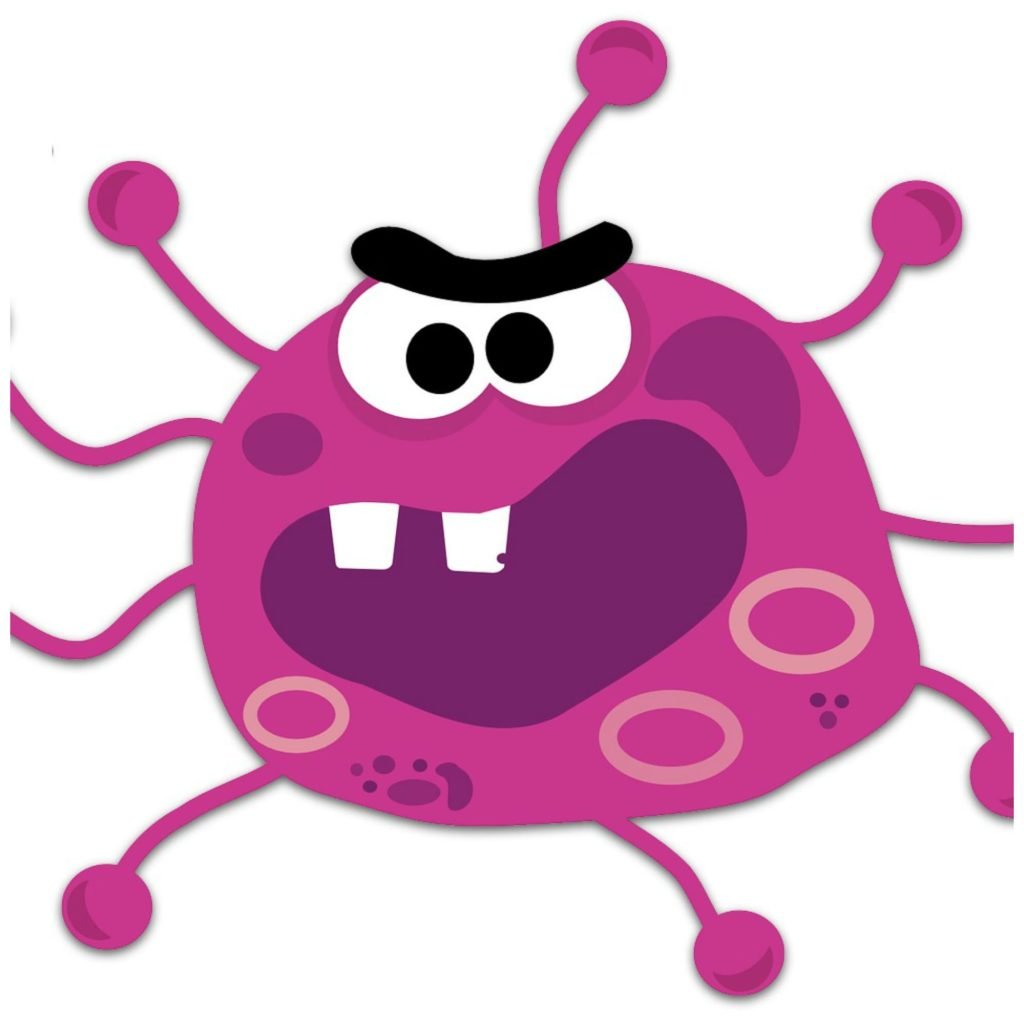 This is the same recipe used in the popular blend, known as Thieves Oil, sold by Young Living. It appears as if the Young Living company was the first to market a blend apparently modeled after the legend of Medieval thieves.

These men living during a plague. Protected by an ancient aromatic blend, the Medieval thieves approached the sick and dying, without falling ill themselves.

Eventually, though, they were caught. The king demanded to know how they escaped death. This is how the rest of the world found out about their secret formula.

Some of the individual oils in these blends are known to kill germs. Mixed together, it’s likely they work in synergy. In fact, Young Living Thieves has been found to kill airborne bacteria in the lab.

Now, nearly every major essential oil company has its own germ-fighting formula. Judging by some of the names, they appear to be based upon this account. By far, the most famous germ-busting blend is the original Thieves.

But I believe there are many good essential oils companies that sell excellent products. All of the good products are not necessarily sold through multilevel marketing networks.

What Type of Germ Fighting Essential Oil Should You Buy?

I like to give my readers options. That’s why I often tell them about essential oil blends that aren’t sold through multilevel marketing channels. For personal use, I buy non-MLM oils. (I’d never recommend anything on this site that I wouldn’t use myself.)

In previous years, I’ve bought Fabulous Frannie Protect. I’ve been really happy with the quality. The main reason I buy it is for protection during cold and flu season.

But I’ve found a wide range of other uses. For instance, I’ve used Protect while working. One of the oils it contains has been found to boost memory. Cinnamon oil has also been shown to help with cognition in animals. Lemon and eucalyptus are also very uplifting.

I’ve also used Fabulous Frannie Protect in my laundry, and in my dehumidifier, for fighting mold.

Two years ago, I bought a lot of Fabulous Frannie Protect. That’s because I wanted to use it liberally. (I’m of the mind that essential oils are to be enjoyed.) So, on many nights, I put it in a cold air diffuser, which I had in my kitchen. oil is something I use nearly every night in the winter. (Since this article was published, the company has changed the name of this formula to “Protect.”)

Some people call all germ-busting blends “Thieves oil.” But this isn’t correct. The only brand that should be called “Thieves” is the proprietary blend sold by Young Living.

I first heard about Young Living Thieves from a Catholic site, which sells this formula. Thieves is sold by multilevel marketing distributors.

However, after researching the issue more, I decided to go with Fabulous Frannie Protect, because I wanted to buy multiple bottles. (Some of them I gave away.) The mix of oils used in this blend is the same ones that are found in Thieves.

What Brand of Germ-Fighting Oil Should I Buy?

Germ-fighting oils are very popular. A number of companies, including Fabulous Frannie, Young Living, doTerra, Plant Therapy and Edens Garden have their own versions. The doTerra On Guard formula substitutes wild orange oil for the lemon found in most of the other products.

As I learned more about essential oils, I realized that you don’t need to buy your oils from multilevel marketing operations. Although the two big MLM players do sell high-quality oils, so do a number of other companies.

Here are three non-MLM brands that I can recommend, because I’ve bought oils from each of these companies. 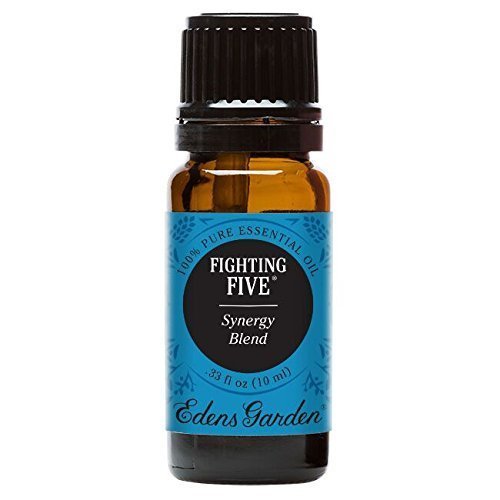 The Many Uses Of Germ Fighting Blends

Most people probably buy germ-fighting blends with the intention of warding off airborne pathogens. During flu season, nearly every evening, I ran a cold-air diffuser that contains a reservoir, which I fill water and about 8 to 10 drops of oil.

But there seem to be countless other ways to use this recipe, as it’s very versatile. I’m just beginning to discover some of them, which include:

The above formulas contain oils that aren’t considered safe for children under the age of 10. That’s why I like to tell my readers about child safe alternatives. There’s a special blend sold by Plant Therapy that’s made from oils in its KidSafe line. It includes only oils that can be used on children aged two and older. (Essential oils are too strong for babies and toddlers.) 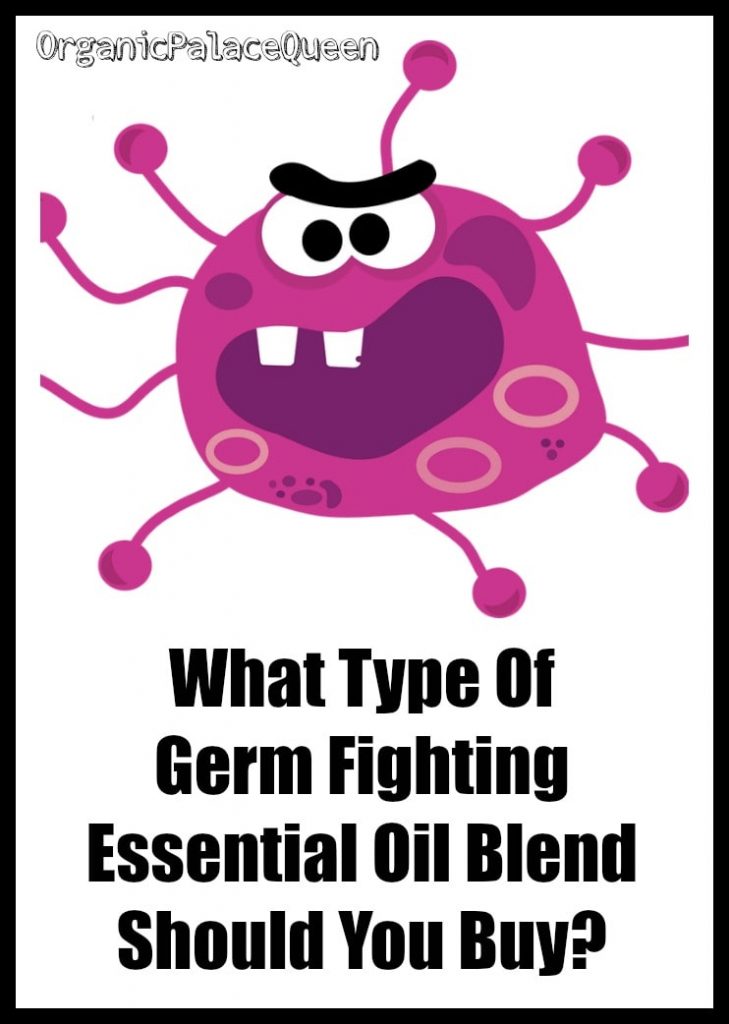