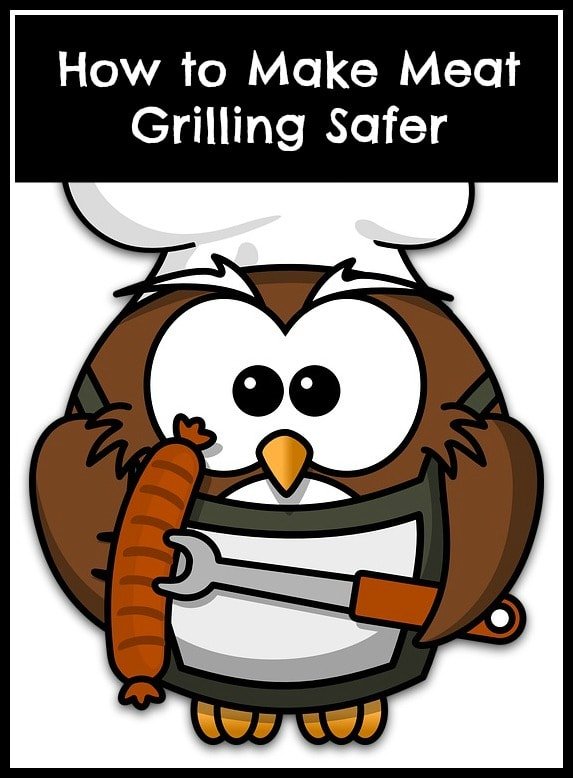 People have been marinating meat for ages. In addition to improving flavor and texture, it appears there are some health benefits, especially if you plan to grill. Researchers have discovered this cooking technique also offers protection against cancer-promoting compounds known as HCAs.

It’s long been known that meat cooked at high temperatures, over an open flame, leads to the formation of  heterocyclic amines (HCAs). In the laboratory, these chemicals have been shown to cause DNA mutations. They also increase the risk of cancer in animals. This is why we’re often told to reduce our intake of grilled meat as part of an overall cancer-prevention strategy.

However, I’m not ready to give up grilling meat altogether. Although, on this site, I advocate a healthy, non-toxic lifestyle, we still have to enjoy life. Backyard cookouts are one of life’s pleasures. So, instead of trying to persuade anyone to give up using the outdoor grill altogether (I’m not doing this myself), I want to tell you about the benefits of marinating your meat beforehand. When making a marinade, you can get creative with your own organic spices. Or you can use already mixed organic meat marinade seasonings.

Maybe we shouldn’t eat grilled meat every night during the summer. But, if we do fire up the grill, there are ways to reduce the risk. One appears to be using rosemary and other spices, especially as marinades. The good news is that studies have found that marinating meat beforehand greatly reduces the formation of HCAs, according to the American Institute for Cancer Research.

Another group of chemicals called polycyclic aromatic hydrocarbons, or PAHs, are formed when fat drips onto the heat source, resulting in smoke. These have also been shown to cause cancer in animals. There is also evidence that soaking your meat in beer or wine can reduce the level of both HCAs and PAHs.

Please understand that I’m not a medical professional and I can’t give health advice. Instead, I’m just sharing information that’s already published, as well as my personal experience of using organic seasonings.

During the summer, I use my grill several times a week. This might be too much. But it’s so much easier putting dinner on an outdoor grill, compared to standing over a hot stove when it’s hot and humid outside.

I am going to try to cut down on the grilling frequency this year. But we do marinade our beef and chicken. For chicken, I add organic rosemary, parsley, mustard seed, black pepper and some of the other spices I have in my pantry to olive oil and vinegar. If I desire a sweeter marinade, I add some raw organic honey. Then I soak the breasts in this mixture for up to several hours before throwing it on the grill.

This year, knowing what I know now about alcohol and grilling safety, I’ll probably include red wine to my homemade marinades.

I like to use organic spices because they’re grown without herbicides or pesticides. Plus, I know they’re not irradiated. If you don’t have a collection of organic spices, or if you’re going for ultimate convenience, you could also use a premixed organic meat marinade spices. Simply Organic is a brand I know, trust and use myself. The USDA-certified organic mix shown here contains garlic, onion, pepper, salt, paprika and red chili.

One of the most commonly used marinade is rosemary. This Mediterranean herb has long been considered a good seasoning for meat. Now, though, there’s growing evidence this herb, regardless of whether you use it in a marinade, has a cancer-protective effect.

That’s following a flurry of published reports, noting that adding rosemary extract to grilled hamburger patties significantly reduced the formation of carcinogenic toxins. Last summer, I grew some rosemary on my back deck. I made sure to add a lot of it to any hamburger patties destined for the grill. I also added organic mustard seed powder.

It’s interesting to note that many cultures around the world that grill meat also use special seasonings and marinades.