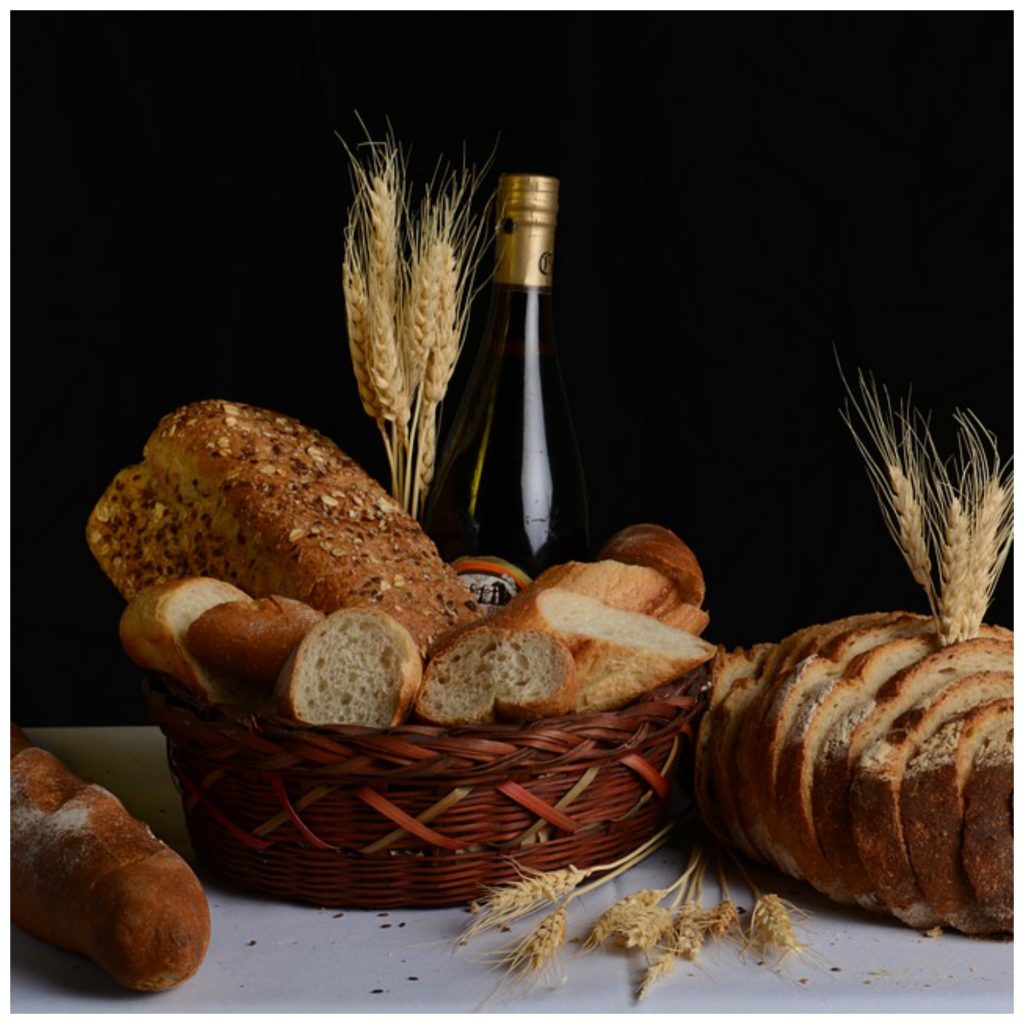 When my children were little, they suffered from various health problems. Fortunately, I came across some valuable information, so our story has a happy ending.

I put them on a gluten-free diet during their early childhood. It seemed to make a dramatic difference. Thankfully, both of them recovered. As young adults, they now seem to be healthy.

The Internet was a lifesaver, literally. If this had happened a generation earlier, I don’t know what I would have done.

Is Wheat Bad for You?

Today, there’s so much more information about wheat gluten and its effect on the body. One excellent resource is the book called Wheat Belly, written by Dr. William Davis, MD. He’s done groundbreaking research into how today’s gluten-rich wheat may be causing more trouble than we realize.

My children came into the world after great difficulty. I had trouble getting pregnant. I had multiple miscarriages. In retrospect, I can see why this might have happened. My husband and I were eating a lot of junk food, during the years we tried to conceive. I also had a mouthful of mercury fillings.

Whether or not wheat got in the way of parenthood is something I’ll never know. But I don’t think it helped my condition.

When our children were small, we spent a lot of time with the pediatrician. This was usually because of recurrent colds. No sooner would they get over one illness, when another would hit.

Whenever we had a play date, my children would get sick. This led to ear infections, pneumonia and antibiotics.

At one point, my oldest child was in such bad shape that she was admitted to the hospital. Our youngest child was sick too. He stayed in the same room. Officially, he wasn’t a patient. However, the kindly nurses took his temperature when they came in the room to check on my daughter, their real patient.

As a worried mother, I dutifully brought them to the pediatrician. Mysteriously, they couldn’t fight these illnesses on their own. Although the doctor seemed surprised to see us so often, he didn’t give me the impression these frequent visits were anything to be alarmed about.

Deep down, though, I knew something was wrong. But I didn’t have a clue what it was or how to solve it.

Until disaster hit. That’s when we discovered that our three-year-old daughter had serious health problems. It was a devastating time in our lives. Recovery or significant improvement didn’t seem possible. But we were very lucky.

Shortly after receiving this news, I happened to learn about gluten sensitivity. Desperate to do something, anything, we overhauled our daughter’s diet. Almost immediately, we noticed rapid improvement in her condition.

I also took her to holistic healers, all of which seemed to help, to varying degrees. She took various herbs and homeopathic remedies. But I’m not sure these would have worked well if we didn’t get rid of the wheat.

I refused to believe my daughter’s problem was entirely genetic. While I do think some of us have certain genetic predisposition, there must be environmental triggers. Otherwise, so many people wouldn’t be having trouble with wheat.

Soon after taking gluten out of my daughter’s diet, I did the same for my son. His digestive problems greatly improved, even though he was never actually diagnosed with Celiac disease. My children also seemed to grow stronger and healthier minus the wheat. 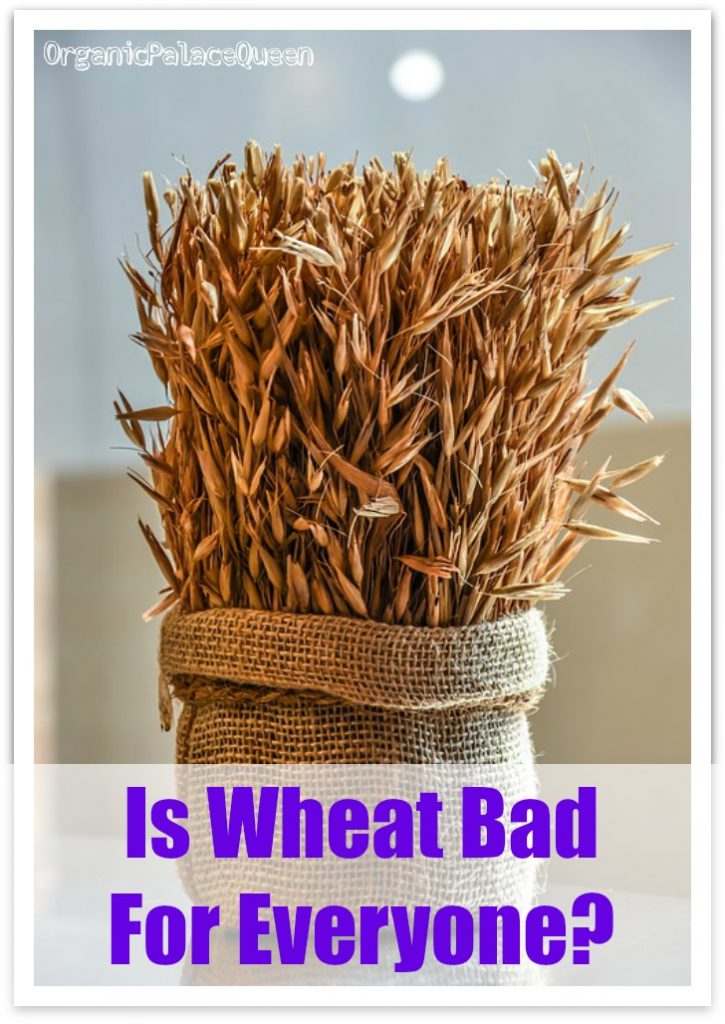 Does Wheat Have More Gluten Now?

Mercury poisoning and childhood vaccines have been implicated in the rise of allergies and sensitivities. But there’s also something much different about our diet today. The wheat we eat today is genetically much different than what people ate centuries ago, or in Biblical times. Wheat production radically changed in the 1960’s, when high-yield varieties were introduced.

We also seem to be feeding ourselves, and our children, a lot more wheat-containing foods. Have you ever noticed how many more cakes and pastries your children consume, compared to with what you ate as a child?

I never thought about it too much, until my children started receiving invitations to birthday parties. Then, I had to come up with a substitute treat. By that time, they were following a strict wheat-free diet. Also, the numerous events in preschool, such as Valentine’s Day, always involved wheat-based cakes, cookies and cupcakes.

When someone with an auto-immune illness visits a holistic doctor, they’ll often be told to stop eating gluten. This protein is found in wheat, rye and barley.

Giving up gluten is not as easy as it sounds. That’s because it’s also in many processed items, disguised under a variety of names, such as brewer’s yeast, semolina, and malt extract.

But, apparently, a lot of people have adopted a gluten-free lifestyle. As many as one-third of all Americans are now eating less gluten, or none at all, according to a 2013 survey conducted by The NPD Group, an international marketing research firm.

This figure appears to represent an all-time high of people going gluten free. Many restaurants now have special gluten-free menus. It’s possible to find a wide range of grocery items items made without gluten as well.

Here are some of my favorite gluten-free snacks, which are perfect for travel, because they’re so filling. I pack them in my suitcase whenever I take a trip, because I never know what types of gluten-free food will be available. My husband, who is not gluten free, also loves them. 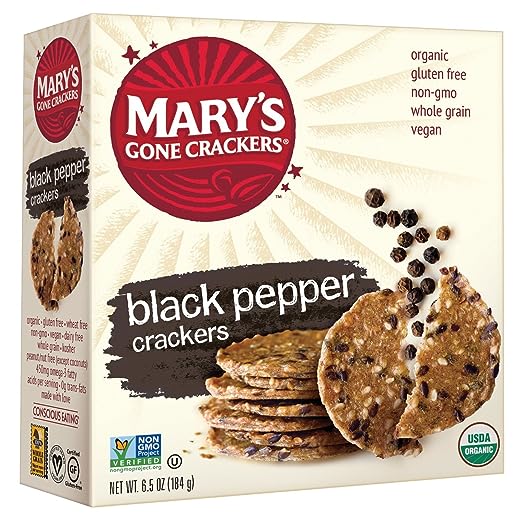 Celiac disease is a condition in which the body mounts an allergic response against gluten. The immune system also attacks the wall of the small intestine.

When wheat (or another gluten-containing food) is consumed, the intestinal wall becomes inflamed. Consequently, the body can’t properly absorb nutrients. This can result in digestive problems, as well as fatigue, anemia and skin rashes.

This condition is on the rise. It now affects 1 out of every 100 people. Some doctors, however, believe that many more people actually have it. But they just haven’t been diagnosed.

Many more people appear to have what’s called “gluten sensitivity.” They don’t meet the criteria for celiac disease. This is conclusively diagnosed with a small bowel biopsy under anesthesia. However, eating gluten doesn’t agree with them. They may feel tired, bloated and, if they suffer from joint pain, it may increase. They feel much better sticking to a gluten-free diet.

One one end of the spectrum is Celiac disease. Even a tiny bit of gluten can cause a serious reaction. However, a few researchers believe that many others have trouble digesting the large amounts of gluten found in modern wheat.

Dr.William Davis, MD, shown in the video below, explains the differences between modern and ancient strains of wheat. He’s a strong advocate of going wheat free, especially if you want to lose weight.

A handful of doctors (mainly alternative medical specialists) believe that wheat can negatively affect our mood, and, potentially, even contribute to symptoms of schizophrenia. That’s because of opioid-like chemicals formed during the digestive process.

There’s also some proof that eating wheat can affect our brains and lead to symptoms of depression.

A 2014 randomized clinical trial in the medical journal Alimentary Pharmacology & Therapeutics showed that people who believed they were sensitive to gluten did show more signs of depression when they foods containing this protein. The authors concluded that there really is some evidence that people who give up gluten do, indeed, “feel better.”

Everyone participating in the study had digestive problems. But they didn’t have celiac disease. Eating wheat-free foods didn’t seem to affect their digestion. But there was a strong correlation between being gluten-free and their overall well being, according to the authors.

Are People Addicted to Wheat?

Some health experts, especially those with a more holistic mindset, believe that many people are addicted to gluten. However, this hasn’t been proven with double-blind controlled scientific studies.

But, if it’s true, it might account for the fact that many people seem to crave breads, doughnuts and other foods made with wheat.

The theory behind this line of thinking is that gluten forms peptides in the body. These act as opiates on the brain. As with any type of addict, we crave these peptides when we’re deprived of them.

You might also be interested to know that many alternative health experts believe milk is another problem food. In fact, some of them advise their patients to stop drinking cow’s milk altogether.

These statements have not been approved by the FDA. These products are not intended to diagnose, treat, cure or prevent any disease. I am not a licensed healthcare provider, so all of the information here is my personal opinion only, and presented only discussion and information. People with health concerns should discuss them with a doctor.

Where Can I Buy Gluten Free Foods Online?

Americans Cutting Back on Gluten