When Someone Seems Too Good To Be True

That perfect person you just met.

He or she really “gets” you. Unlike anyone else you’ve ever known before.

Or maybe your lifelong romantic partner.

All of this has happened so quickly.

It’s been the most exciting three weeks of your life.

You know that old saying, “When something seems too good to be true it probably is.”

When Someone Seems Too Good To Be True

(This post contains affiliate links. If your purchase anything I receive a referral fee, at no extra cost to you.)

So, if someone seems too good to be true….

Take that advice to heart.

Maybe the relationship will turn out to be wonderful, even though it’s moving at lightening speed.

Or maybe it won’t. Because instant rapport is often a big red flag.

Beware of instant friendships. Of of people who quickly “fall in love with you.”

I know there’s a such thing as love at first sight. But you need to be careful.

This applies to friendships as well as romantic relationships.

Beware of relationships that take off suddenly, like a fighter jet.

Ask yourself the following questions. Why does this new person have so much free time? What was he or she doing before you met?

Obviously not much. So why not?

Why doesn’t this person have other people in his life. (People with personality disorders tend to torch a lot of bridges.)

What about family and friends? Is he or she neglecting them, to focus only on you? (If so, expect to get the same treatment someday.)

It’s also very troubling when someone has no connections to family members. Their children. Their high school friends. People they’ve worked with.

I know some people with several children may be estranged from one. This isn’t necessarily that alarming. Sad, but not necessarily indicative of a character flaw. Much more concerning is if someone doesn’t have a relationship with any of their children.

When A Person Seems Too Good To Be True

Then, there are “boundaries.”

You know, those personal boundaries that psychologists often talk about.

Disordered people don’t. They push the envelope as far as possible. They have no consideration for your time, or your schedule.

For instance, you meet this new exciting person for dinner. Then you return to your house and stay up until 3 am talking.

He or she then wants to meet you for lunch. Then for dinner, followed by another late-night chat session.

Morally bankrupt people also infiltrate your other relationships. So watch out for this boundary breaking move as well.

Normally, if someone introduces you to a third party, you don’t immediately try to forge a relationship. You don’t exchange phone numbers. You don’t text them. You don’t try to contact them independent of the person who introduced you.

People who do otherwise cross a social boundary. (Unless there are mitigating circumstances. For instance, the third party may hand you a business card and request your contact.)

But normally people don’t try to establish ongoing contact with someone five minutes after meeting them.

Again another red flag to watch for.

When People Seem Too Good To Be True

Discerning someone’s character is tricky. I hate the fact that I can’t automatically trust people.

I used to be very trusting. But reality caught up with me.

We seem to be living in an age of narcissism. There’s been a documented rise in personality disorders. Researcher Jean M. Twenge, PhD. has noted this in her book, The Narcissism Epidemic.

So it’s important to pay attention to any red flags you see. I wish we didn’t have to do this. But if you’ve lived through narcissistic abuse once, you don’t want a second round.

Unfortunately, there is no easy way to spot a malignant narcissist. These characters can fool even trained psychologists. So imagine how well they can deceive the rest of us.

(I’m not a mental health professional. Just someone who shares my experience of narcissistic abuse, in order to hopefully raise awareness. Forewarned is forearmed.)

Some narcissists come across as unassuming. They seem meek and mild. Without a competitive bone in their body. They may even dress dowdy. So who would suspect?

Also, don’t assume that all narcissists are men. Adult female narcissists exist. It’s my personal belief this phenomenon is under reported and under appreciated. Which is why I wrote a book called Are Women Getting Meaner?, which you can see below.

My other book is called How To Forgive a Malicious Person. It’s one of the harder things I’ve had to do.

When Someone You Just Met Seems Too Good To Be True

All of this information is basic. We’re all familiar with the adage, “If something seems to good to be true, it usually is.” We’ve heard this from childhood. But as a adults I think we have to be reminded that people who seem too good to be true very well may be.

Because we’re living in an age of narcissism. 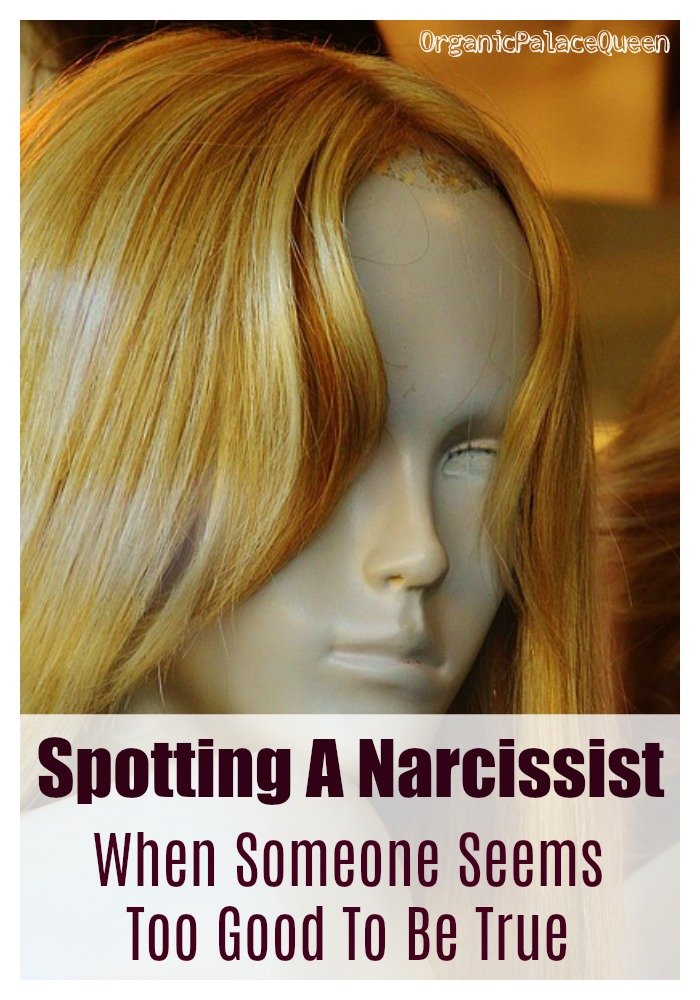 Leave a Comment
Previous DIY All Natural Scouring Powder Recipe
Next What Is The Dirty Dozen Produce List?