Where To Buy Non Toxic Candles 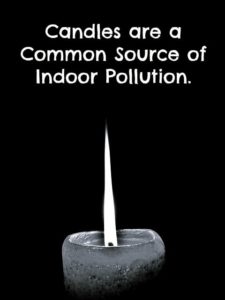 Candles are a surprisingly common source of indoor pollution. They can be toxic, on a number of levels. Most people don’t seem to know this. I was blissfully unaware myself, until I started investigating the issue.

I suffer from potentially painful nerve inflammation. But I’m able to live a normal life, pretty much symptom free, if I pay attention to my diet and environmental toxins. So I try to avoid potentially hazardous compounds.

That’s why, if you want to keep the air in your home clean, it’s important to find the right type of candle to burn. In recent years, a growing number of people appear to have once again discovered natural beeswax candles.

These are a better option than regular candles. Here’s why.

Although, in 2003, the United States banned candles containing lead wicks, some of these still manage to come into the country, according to various published reports. These typically come from China and are sometimes sold at bargain and close-out stores.

Actually, long after this ban was enacted, I received a pretty candle as a gift. I’m glad I checked the wick before burning it in my house. It was made from lead. So the candle became just a decoration.

Researchers have found that burning one of these candles inside your home releases many times more than the safe and acceptable levels of lead. In addition, the fumes can also coat your home with highly toxic lead dust.

But that’s only part of the problem. Most candles are made from paraffin, which isn’t wax. Instead, it’s a byproduct of the petroleum industry. Burning these candles in your home is much like pumping in diesel exhaust from a bus or an airplane. The toxins emitted are much the same, and they have a negative effect upon your body and your respiratory system.

Then, there are the scented candles. I used to love them. Before visitors came, I’d burn one of these in a glass jar on my stove. My kitchen was filled with a warm, homey fragrance. I now know these pleasant smells were toxic. Instead of creating a healthy ambiance, I was inadvertently poisoning the air.

Some of these chemicals identified from burning paraffin candles include known or suspected carcinogens, such as toluene and benzene.

Various reports on these chemical scents are particularly alarming. Many different chemicals are typically used in fragrances. A number of them are known to be dangerous. Others haven’t been thoroughly researched. It’s anyone’s guess as to what happens when these compounds are mixed together and heated.

Ironically, many people buy these candles for their presumed health benefits. That’s because aromatherapy is wildly popular. But people who aren’t familiar with this healing modality wrong assume that any floral scent is beneficial, even if it’s made in a laboratory.

Real essential oils are good for you, as long as they’re pure and have no added chemicals. These plant-based extracts are used by aromatherapists to relieve a wide range of physical and emotional conditions. It’s believed they can help your body detoxify itself. Chemical scents won’t have the same effect.

Where to Buy Non Toxic Candles

For centuries, people have used natural candles made from beeswax. These candles do not emit dangerous chemicals when they burn. Even better, it’s believed they can actually help clean the air.

Beeswax when burned is said to release negatively charged ions into the air. These work to neutralize positively charged toxins. Apparently, these candles have been used as air fresheners for ages.

Although beeswax is generally more expensive than paraffin, naturally derived beeswax candles can burn longer than those made from chemicals. For instance, the 100 percent pure beeswax candle in a jar shown below is designed to burn for 45 hours. This candle is handmade by an American company based in Colorado, and it’s free of paraffin and lead. 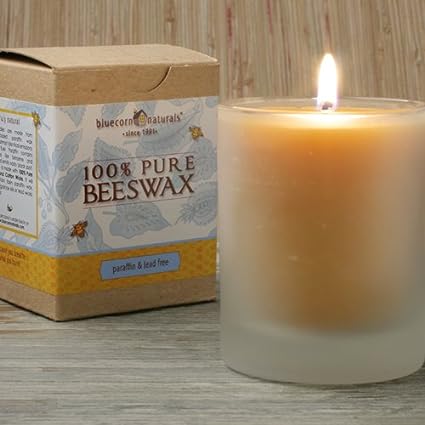 Now that they’re once again becoming popular, beeswax candles are widely available online. They are now made in a variety of shapes and styles, including the popular beeswax tea lights.

My scented candle jars have all gone into the trash, except for two. These are used only for decorations.

For the last few years, I’ve dedicated myself to keeping my home as toxin-free as possible. This happened out of necessity, because I had developed an excruciatingly painful and crippling nerve condition. Cleaning up my diet, and my environment, have been instrumental in my recovery. Nowadays, I use only pure essential oils to make my house smell better. 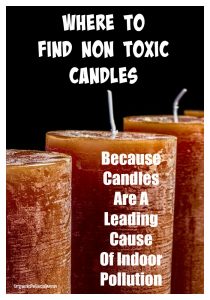 Leave a Comment
Previous Can You Make Yourself Well?
Next Can People Make You Sick?