Where to Buy Peruvian Maca Root

Worldwide, the demand for maca root has shot up. That’s because people everywhere are hearing about this traditional Peruvian super food, which is believed to have a number of potential health benefits. But there’s new concern some batches of maca may originate in China, instead of being harvested in their native habitat.

(This post contains affiliate links. If you click and purchase anything I receive a commission at no extra cost to you.)

So, if you’re wondering where to buy real Peruvian maca root, you first want to make sure it’s grown in its country of origin. When shopping for maca, you also want to avoid products that aren’t lightly processed. Although we’re conditioned to think raw food is healthy, read on and I’ll explain why this doesn’t seem to be the case with maca.

Maca has been a staple for the native Peruvians for thousands of years. It’s one of the few crops that thrive under extreme temperatures, at high elevations in the Andes Mountains.

Worldwide, demand for maca root powder is at an all-time high and it shows no signs of slowing. In addition to being used as a food, this tuberous root has a long history as a medicine. Maca is said to increase physical endurance and fertility. Holistic healers in the United States and elsewhere often recommend it as an overall health tonic, and to balance the hormones.

According to one published account, maca became a favorite food of early Spanish colonists. Upon arrival in the Andes, they suffered health problems because of the high altitude. Maca helped them adjust.

Because maca sales have soared, there’s concern that some of the powdered root may be coming from China, instead of the Peruvian Andes. In 2014, the Wall Street Journal reported that a large number of Chinese buyers traveled to Peru. They bought so much maca that they created a shortage. Consequently, prices climbed tenfold.

More disturbing, though, was why so much maca changed hands. Apparently, these buyers needed Peruvian maca to supplement an inferior variety being grown in China.

The WSJ article also noted, as of 2014, at least, there was a shortage of maca due, in part, to heavy Chinese consumption. Also, some of the maca may arrive in Asia after being smuggled.

Where to Buy Peruvian Maca Root

Just ten years ago, few people had even heard of maca root. But it’s become so popular that you’ll now find it in the supplement section of your local drugstore. However, many of these labels may not be true Peruvian maca.

Because the maca trade has become so international, and so many hands are involved, you’ll need to shop carefully if you want to avoid maca grown or processed in China, you’ll want to find a product that clearly states it’s sourced from Peru.

In fact, according to The Maca Team, a maca authority website, more than 3,500 Chinese companies now sell maca. Even though maca is now grown in China, this article also noted that synthetic varieties are being produced. So, you need to be really careful to buy the real thing, from a trusted company that imports it from Peru.

Many people prefer raw, whole-food supplements. But, in the case of maca, this may not be the healthiest choice. That’s because uncooked and unprocessed maca contains certain starches that can’t be digested. Peruvians do not eat maca raw. Just like potatoes, another Andean staple food, maca needs to be cooked.

Consequently, some companies now sell gelatinized maca powder, which is the only kind I’d buy. This type of maca, very lightly processed over low heat, is easier to digest.

Because of potential concerns over how maca processing, and where it comes from, it’s also better to buy organic, because of the added oversight of certification. 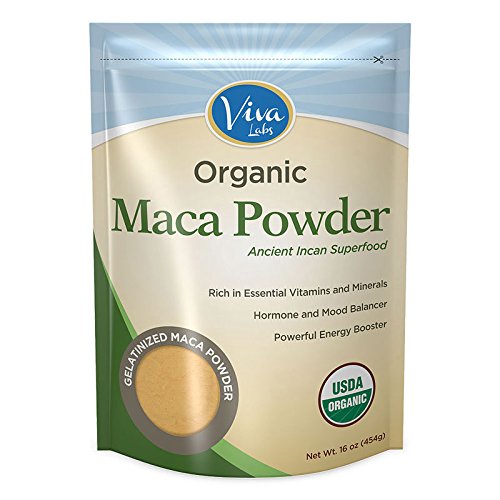 People with health concerns should discuss them with a doctor. Although maca is a food, eating for thousands of years in Peru, women who are pregnant or nursing should not use herbal remedies, unless under the direction of a health care professional.