Where to Buy Turkey Tail Mushrooms 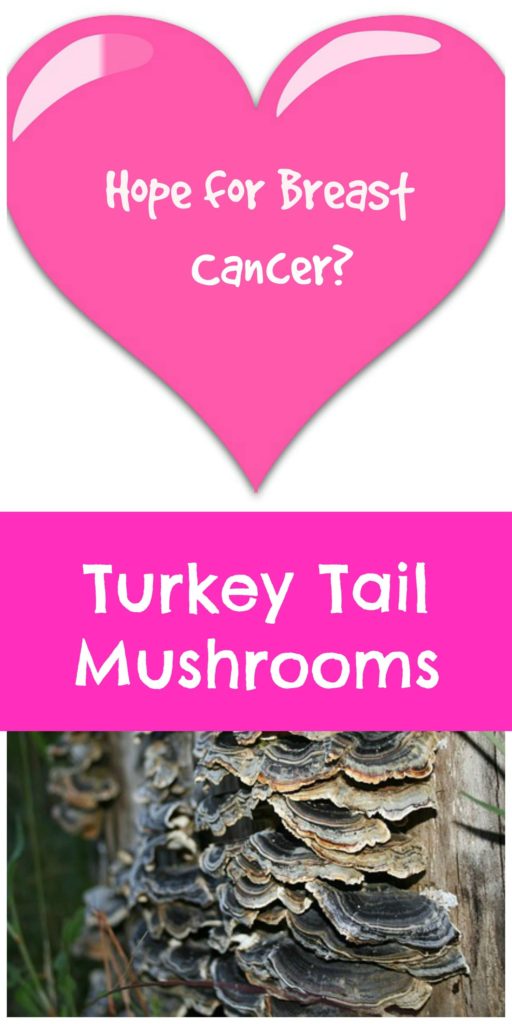 Paul Stamets is a leading authority on turkey tail mushrooms. He has published volumes on these readily available fungi, which grow on dead trees.

Researchers are particularly interested in the ability to these mushrooms to support the immune response in cancer patients.

As an interesting side note, Stamets’ elderly mother completely recovered from advanced breast cancer after going on a turkey tail protocol.

Out of all the alternative cancer treatments, turkey tail mushroom is perhaps the most accepted among mainstream medical professionals.

Usually, asking a regular oncologist for advice on alternative treatments won’t yield much information. That’s because he or she is legally bound to recommend only “proven” modalities, such as surgery, radiation and chemotherapy.

This is generally true even if a patient has exhausted all standard forms of treatment. (As my own holistic health practitioner has said, “If there’s nothing else that can be done, then it’s time to think about alternatives.”)

Consequently, many oncologists typically dismiss any mention of alternative treatments with the response, “We have no proof that it works.”

By that, they mean the method in question hasn’t undergone a controlled study. One group of patients takes a substance that could arrest their cancer. The other group takes a placebo. None of the patients know if they’re swallowing the real deal or just a sugar pill.

Oftentimes, when an herb or naturally occurring medicine is studied, only a certain extract of what scientists believe is the active ingredient is isolated and given to patients. This method, however, is generally not what herbalists recommend, as the whole plant may contain more beneficial components that work together.

There is also little financial incentive for the pharmaceutical industry, which funds the major clinical trials, to study herbs.

Turkey tail mushrooms are a happy exception. These fungi, which grow on old logs throughout the world are incredibly abundant. They are named for their colorful fan-shape, which resembles a wild turkey’s tail.

The National Institutes of Health has released findings showing these mushrooms can help recharge the immune system in breast cancer patients who’ve undergone conventional therapies. This study was published in the ISRN Oncology Journal. The article was called Phase 1 Clinical Trial of Trametes versicolor in Women with Breast Cancer.

In this study, natural killer cell function was significantly boosted in the group of women who took the highest dose of a prepared turkey tail extract, manufactured by Fungi Perfecti.

However, for naturopathic healers, this wasn’t much of a surprise. These mushrooms have been used for centuries in Asia to treat a host of ailments, including cancer.

In a separate study, Japanese researchers have also found that a drug called PSK, extracted from the mushrooms, significantly extended the life of patients with gastric cancer and reduced the incidence of recurrence.

Where to Buy Turkey Tail Mushrooms

The Host Defense mushrooms shown here are sold by Fungi Perfecti, a company founded by Paul Stamets, D.Sc., whose mother I wrote about earlier. You can see his name right on the bottle. These freeze-dried organic powdered mushroom capsules are sold as a dietary supplement for immune support. 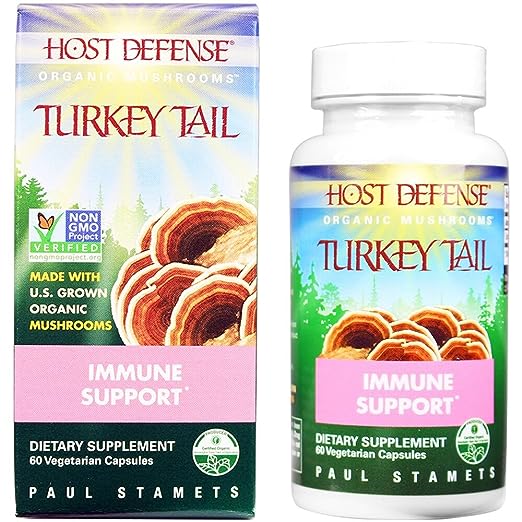 The scientific name for turkey tail mushrooms is Trametes versicolor. These fungi are named because their shape resembles a turkey’s tail feathers on display. The name “versicolor” refers to the variety of colors found in these mushrooms.

Please understand that I’m not a doctor and I can’t give medical advice. But I can present information for discussion. My mother likes to say, “Where there’s life, there’s hope.”

There are numerous anecdotal reports of alternative cancer therapies bringing about cures, even in people with Stage IV cancer. These stories are very easy to find on the Internet.

I’m not a healthcare professional, so all of the above statements are my personal opinion, and are presented for discussion purposes only. They are not intended as medical advice. The author assumes no responsibility for treatment decisions or outcomes.