Where to Buy White Mulberry Tea 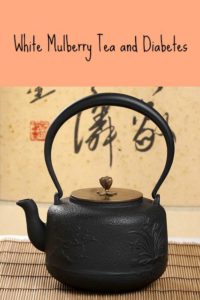 White mulberry tea has been used in traditional Asian medicine for hundreds of years. Its reported health benefits include the ability to regulate blood sugar, as well as the ability to lower cholesterol and fight heart disease.

This natural remedy became famous once celebrity health expert Dr. Mehmet Oz, MD, featured it on his television show. He described it as the “the new health sensation that will dominate health food stores across the country.”

On his show, Dr. Oz said he was looking for three things for his next super food. It had to be inexpensive, readily available and have proven benefits. White mulberry tea fit these criteria.

This show first aired in 2013. Since then, demand for mulberries, which look like over-sized albino blackberries, as well as white mulberry leaf tea has undoubtedly shot up. So has the number of companies selling mulberry supplements in the United States.

As with other super foods, mulberries are loaded with antioxidants. The tea, according to Dr. Oz, has the potential to “change a lot of people’s lives.” He said the leaves have “potent sugar-blocking properties,” which may spell good news for diabetics and those with pre-diabetes, also known as insulin resistance.

Where to Buy White Mulberry Tea

White mulberry tea’s stock has risen since Dr. Oz first reported on its health benefits. But you probably still won’t find at it your local grocery store. If you’re shopping for this tea, because you either suffer from a chronic health condition or want to prevent one, you’ll want to buy an organic tea from a company you trust.  Although this situation is likely to change in the near future, there are still only a handful of sources selling USDA-certified organic tea.

Because I suffer from chronic nerve inflammation, kept in check by natural remedies, I’m always very careful where I buy my herbs and supplements. Unless I know otherwise, I assume that a product could be made in China, where heavy metal pollution is a huge problem and, according to widespread reports, safety standards are lacking.

One trusted source of white mulberry is Eon Foods International LLC, a California based company that gets its leaves from trees that grow in the mountains of Thailand, which are watered by a deep, unpolluted aquifer.

Diabetes, at least in the United States, has reached epidemic levels. About 21 million people have been diagnosed with this condition, and another 8.1 million people are diabetic and unaware of the problem, according to figures from the Centers for Disease Control.

Although white mulberry has a long history of medicinal use in traditional Chinese medicine, Western research supports what Asian practitioners have long known. This botanical remedy can help regulate blood sugar.

One study published in the February 15, 2007 edition of Diabetes Care medical journal found that a mulberry leaf extract was able to modulate blood sugar highs and lows in people with Type 2 diabetes. In fact, the authors noted, this herb is used in Asia to treat diabetes.

A component found only in mulberry leaf known as DNJ, or 1-deoxynojirimycin, is apparently able to bind to glucose in the body, reducing the levels of glucose in the blood.

People with elevated blood sugar often suffer from a number of related problems, as diabetes puts a strain on the kidneys and other vital organs. White mulberry leaf is often recommended by herbalists as a good remedy to support the kidneys. It’s also good for the heart and for maintaining healthy cholesterol levels, according to Dr. Oz.

These statements have not been approved by the FDA. These products are not intended to diagnose, treat, cure or prevent any disease. People with health concerns should discuss them with a doctor. Women who are pregnant or nursing should not use herbal remedies, unless under the direction of a health care professional.