Who Do Narcissists Fear? 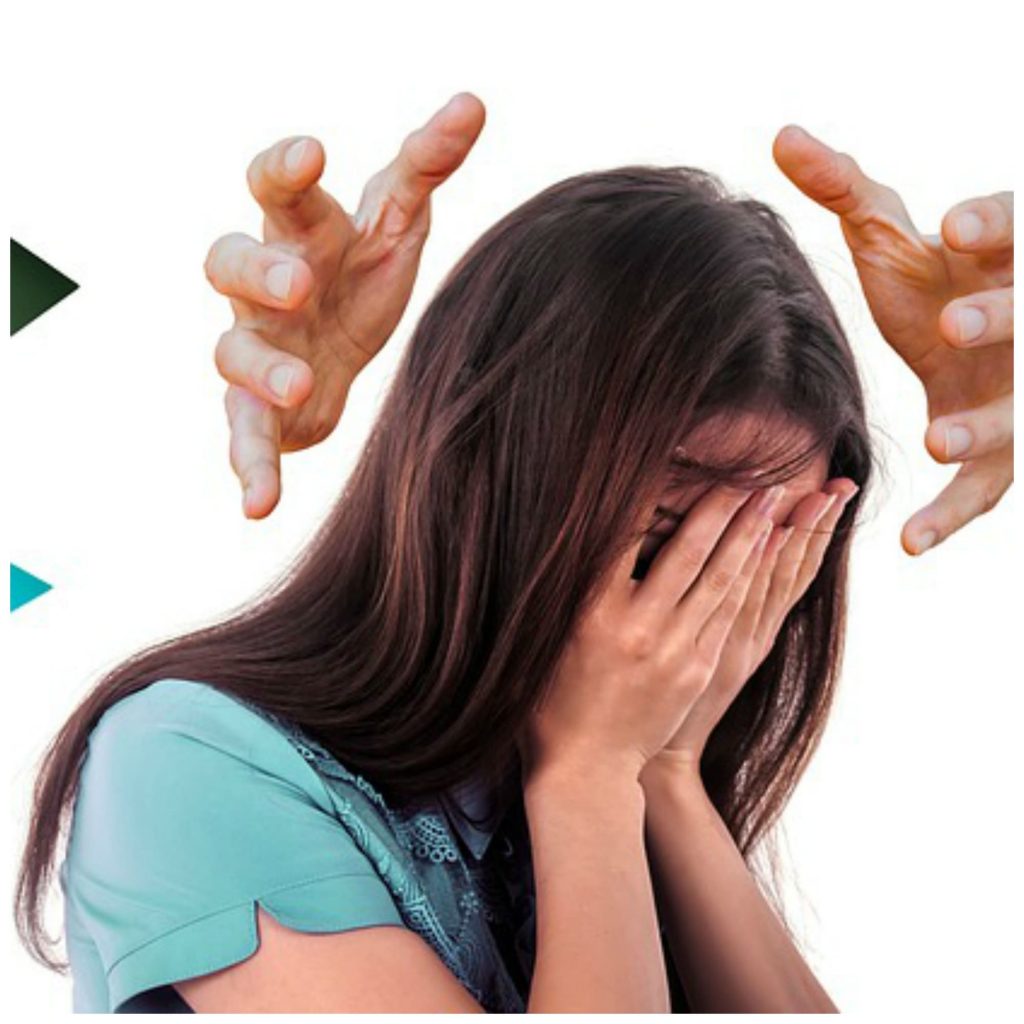 Who do narcissists fear? That’s a really interesting question.

But most of all they fear their target. They’re afraid of you.

Why are they so afraid of you?

Because you (the target) knows exactly what’s behind the mask. That mask, the false self they like to show. The rest of the world doesn’t know about the mask. Everyone else thinks the narc is just great. Your abuser is widely viewed as a saint, like the nicest person you’d ever want to meet. Kind, caring and ready to help. Friendly, fun and the life of the party.

But you’ve seen the real personality. In all of his or her ugliness. It’s not a pretty sight. Generally, it’s a face that only a target gets to see. If you tried to tell anyone what was going on, they wouldn’t believe you. (The narcissist has already taken care of that.) Actually, I believe a lot of narcissistic abuse comes from fear. Especially fear of exposure.

You have the potential to expose it all. The narcissist is all too aware of that. So he or she tries to “neutralize” you. This is done by making you a social outcast.

Who Do Narcissists Fear?

Malignant narcissists suffer from a severe personality disorder. Actually, it’s almost a misnomer to describe them as “suffering.”

The hallmark of this condition is that they make other people suffer. If you’ve ever been a target, you know exactly what I mean.

However, they do suffer. Because inside is an empty shell of a person. They are miserable. So miserable they must do something to ease their pain. So they choose to hurt others. Imagine having to hurt someone in a vain attempt to stop yourself from feeling pain. This is my definition of unhappiness.

Do Narcissists Fear Being Exposed?

The one person who could change that is you. That’s why they’re so afraid of you.

That’s also why they go to great lengths to make it impossible for you to tell your story. Because they’re so concerned about being seen as mean. That’s why they like to draw others to their side. Oftentimes, they’re successful. They know how to manipulate people and situations.

Unfortunately, narcissists are very clever. They think of everything. They cover all the bases. They spend a long time working behind the scenes, before they strike. They’ll work in the dark as long as it takes, in order to bring a target down.

Why Narcissists Fear You

The one person who could blow their cover is you. A narcissist knows that. You hold the card that could make their world come crashing down. So they sneakily and stealthily work to destroy your reputation.

If you told anyone about the abuse, they’d recoil. (If they believed you.) They’d think the abuser was a terrible person. They probably wouldn’t want anything to do with the narc. That’s why narcissists will do everything in their power to prevent this from happening.

Typically, this means waging a smear campaign. Oftentimes, this involves a lot of projection. What’s projection?

Projection means someone accuses you of the very thing they’re guilty of. So a morally disordered person will convince others that you’ve done something terrible. This is typically the very thing he or she has done to you.

Do you want to know what the narcissist is up to? What is he or she doing?  It’s easy. Try and find out what you’re being accused of. Then you’ll have your answer.

For instance, if the abuse is happening at work, the narcissist may tell others that you’re undermining her, making it impossible for her to get her work done and spreading lies about her. (However, this is exactly what she’s doing to you.)

In a social setting, expect the narc to complain that you’re slandering her and trying to ruin her reputation. (However, this is exactly what she’s doing to you.) And so on.

Threatening a Narcissist With Exposure

I’m not a therapist or a mental health professional. I write about narcissistic abuse from first-hand experience only. It was a terrible ordeal. But it really is true that what doesn’t kill you makes you stronger. It also taught me a lot about how narcissists operate.

I”m happy to share what I’ve learned with everyone else. My feeling is that if we can shine more light on narcissism, and expose how these deceivers operate, we’ll all be better off.

One thing you definitely don’t want to do with a narcissist is to threaten with exposure. That’s like declaring war. Narcissists are sneaky and clever. They operate on another level, almost a diabolical one. So it’s difficult for the average person to get the upper hand. That’s because they’re willing to go low. Much lower than we can even imagine. We simply can’t outdo them with lies, treachery and deceit. Nor do we want to.

What Happens When a Narcissist’s Double Life is Exposed?

Generally, a narcissist won’t strike unless he or she knows the battle is winnable. This means the bystanders probably won’t back you up. So you’re pretty much defenseless. You’re on your own. The narc, on the other hand, has shored up support.

So you’re working with an uneven playing field right from the get go. Threatening a narcissist with exposure will likely backfire. Unless you know you have the support. This means people who believe you. However, if it were me, I probably wouldn’t go there.

Should You Try to Expose the Narcissist?

It probably won’t work if you try to out the narc. For several reasons. One is that people are not likely to believe you. Another is that the situation will probably worsen. And you still won’t have support.

Also, I’m a firm believer in not talking behind people’s backs. Even if they have strong narcissistic traits. I think a sign of maturity is not drawing other people into your battles. I also believe in God. I know He sees everything. I know His justice is perfect. So there’s no need for me to seek revenge.

Can You Expose a Narcissist?

I’m confident God is watching everything. This makes it so much easier to forgive. It’s the forgiveness that finally sets you free. I know how hard it is to forgive someone who will probably never apologize. That’s why I wrote a book called How To Forgive A Malicious Person. I hope it can help others who are dealing with abusers and con artists.

You may also like my other book, titled Are Women Getting Meaner?. I wrote it to bring attention to the fact that female malignant narcissists exist. That’s because the stereotype of a narcissist sociopath is usually a male. As you know, narcissists are not above lying. They’ll do anything to get what they want, and to get their needs met. Even if it means distorting the facts. Actually, some of them are so sick that they lie for no reason. Just because they can. They may even derive pleasure from knowing that they pulled one over on someone.

False accusations are one of a narcissist’s chief weapons. They use them to discredit their targets. (Because they’re so afraid of them.) They also use deceit to divide and cause chaos. If everyone’s fighting with one another, the narcissist has a greater chance of seizing control. (As you’re probably well aware, narcissists need to be in control.)

One thing to always keep in mind is that malignant narcissists are different than you and me. They are highly skilled at getting what they want. They will stop at virtually nothing. That’s why they’re often compared to sociopaths, because of their flagrant disregard for the social norms.

Despite the fact narcissists have shallow emotions, they’re really good at manipulating others. It seems as if they almost have a sixth sense that lets them read us. They’re exceptionally good at reading people. In fact, they probably know your strengths and weaknesses better than you do.

Why Do Narcissists Do Reverse Projection?

Narcissists also tend to be highly intelligent and gregarious. They draw people to them. They are skillful liars, and they know how to make their lies believable.

Because they are such good liars, people believe them. Narcissism and false accusations go hand in hand. Being a subject of lies is part of the unfortunate experience of being a target.

I personally believe the false accusations are largely to avoid being exposed. Because the narcissist is afraid of you. Because you know what lies behind the mask. So that’s why they project, falsely claiming you’re doing something to hurt them.

Narcissist Accusing Others of Narcissism

Irony of ironies. Narcissists are exceptionally clever. So they may turn the tables, and accuse you of being the troublemaker. The one with malignant narcissism. The one responsible for sowing all the discord.

They may even get people to think the group would be better off without you. This can be devastating when it plays out at work. Upper management may think you’re the problem. So they work to eliminate your position. Or they eliminate you from the position.

When the Narcissist Accuses You of Being A Narcissist

If the narcissistic abuse plays out at work, be aware of the statistics. About 75 percent of targets end up leaving their job, according to the Workplace Bullying Institute. It may be a voluntary resignation. (Because you just can’t stand it anymore.) Or it may be an actual firing. If you’re interested, here’s more information on workplace bullying and how to deal with it.

The truth that you’re not a narcissist may not come out until years later. Narcissists always need a target. Eventually, management will catch on. Until then, though, your supervisors may believe you’re the one with strong narcissistic traits. Because that’s what they’ve been told.

I’m convinced part of the reason narcs like to run people out of jobs is because they’re afraid of them. They’re also uncomfortable looking at them, because you remind them of their despicable behavior.

Are Narcissists Afraid of Their Targets?

Even though the narcissist seems to have the upper hand, he or she is deeply afraid of you. Knowing this (in retrospect) helped me forgive. Living in fear is a horrible way to live. Imagine trying to hide your nastiness from the world, while being terrified everyone will catch on.

There’s no more pathetic creature than a malignant narcissist.