Why Did The Narcissist Choose Me? 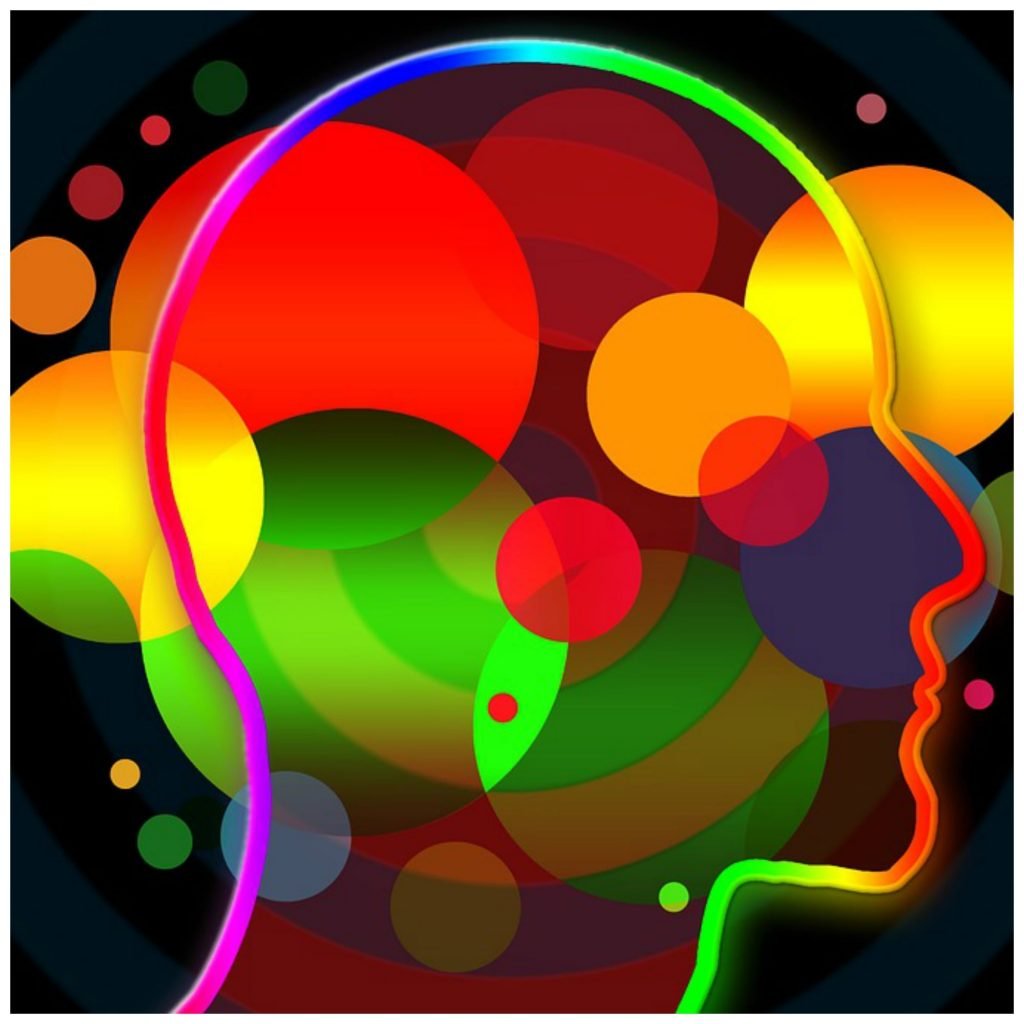 Narcissists love to hurt people. They abuse others because they can.

They get away with it because other people let them. (These folks are called the “enablers” and I have very little sympathy for these weak-willed onlookers.)

It might appear as if narcissists strike at random. But they don’t. Typically, they choose their victims very carefully. They always need a victim. When they’re done with one, they move on to the next. But there’s a method to their madness.

Make no mistake. Narcissists are very mad. They’re sick in the head. That’s a given. Normal healthy people don’t go out of their way to harm others. In some ways, malignant narcissism is very similar to sociopathy. Even though a narcissist may not physically murder anyone, they kill them in other ways. All of this is done without apparent guilt. Lying and deception are part of the package too.

But, anyway, from my perspective, narcissists are pretty methodical when it comes to picking targets. They often choose people who threaten them. Targets may be smarter, they may be kinder (a given) or they may be more popular.

Why Did the Narcissist Choose Me?

Another given is that the battle is basically already won, before it starts. A narcissist won’t strike unless she knows victory is certain. (Narcissists can be either male or female. The stereotype casts them as male. But I hope to shatter this myth as much as possible by shedding light on adult female bullies. That’s why I often use the pronoun “she.”)

But, anyway, one reason you are targeted is because you lack a strong social support system. At least in that particular setting.

For instance, you may have a wide circle of loyal friends outside the office. But they won’t help you when the office bully wages war.

Being the Target of a Narcissist

Or, you once did have a lot of friends at work. However, in recent months, things haven’t been the same. You don’t feel comfortable in the office lunchroom anymore .Even worse, you’re being left out of the loop on information, needed to do your job.

In both of these situations, there’s a common theme. You don’t have the social supports to withstand an attack. The narcissist knows this. He or she would never consider attacking otherwise. In the second scenario, it’s also highly like the abuser destroyed your office friendships, so you’d be left with no defense. This is done by spreading gossip, innuendo and lies.

Who Do Narcissists Prey On?

Please note that I’m not a licensed therapist. I write this article from the perspective of personal experience only. Because I was so shocked and surprised by what happened to me, I spent a fair amount of time researching the mysterious phenomenon of malignant narcissism. So read this post with that in mind. All opinions are my own. Mental health professionals may or may not agree with what I’m writing.

For me, it was good to learn that people with this disorder are pretty predictable. If you’ve met one malicious narcissist, it’s almost as if you’ve met them all.

One a target is selected, a narcissist wages an all-out war. The goal is total destruction. He or she wants to destroy your life.

Who Does a Narcissist Target?

Regardless of the reasons, a narcissist won’t strike unless he or she is sure the target will be decimated. In order to “succeed,” they do a lot of legwork. Amazingly, they will work behind the scenes for years, if that’s what it takes.

Early on, they shower you with flattery. This ensures you’ll stay close. They also encourage you to open up and spill your soul. (There’s nothing more dangerous than spilling your soul to a narcissist. Any and all information you share will be used against you. Even innocent information can be twisted into something sinister.)

The early relationship is all about grooming. This is when a narcissist probes your soul. They assess your strengths and weaknesses. So, later on, they’re armed and ready.

How Do Narcissists Choose Their Victims

Eventually, the relationship moves toward the discard phase. Before you’re aware that anything is really wrong, you notice a litle “moodiness.” Disordered people come on strong at first. They shower you with praise, Then, this begins to dry up. Now, it vacilates between praise and criticism.

The next step is discard, full throttle. The idea is to dump you. But not before your social supports are destroyed. Remember, a narcissist won’t strike unless the battle is won. This means choosing someone without a strong defense network. (Or, if this exists, they attempt to destroy it.)

How Does a Narcissist Choose His Victims?

The narcissist wants to destroy your life. But he can’t do a thing, as long as other people have your back. That’s why it’s so important to neutralize your social network.

This is generally done over time. One thing to remember is that a narcissist will plot for as long as it takes. Even for years, if that’s what they need.

But how do they get once “loyal” friends to turn against you?

Unfortunately, many people are weak-willed and easily led. No one wants to be an outsider, even grownups. So the narcissist makes it known (either overtly or covertly) that you’ll be left out of the loop if you support the target.

Also, the narcissist convinced people you’re not worthy of their support. This is done by destroying your reputation, with lies. Oftentimes, these are mixed in with little bits of truth. So people fall for it. Typically, the narcissist plays the victim. She accuses you of exactly what she’s doing. So the enablers often believe you’re a bad person. However, this doesn’t totally let them off the hook. As adults, these enablers should have the critical thinking skills to see past the lies.

Being The Target of a Narcissist

Narcissists are found everywhere people congregate. So abuse can happen in a workplace, social or family setting.

Actually, it’s been documented that narcissistic personality disorders have reached epidemic levels. This may be one reason we now hear so much about adult bullies.Simply because it appears there are more of them nowadays than in the past.

Unfortunately, workplace bullying seems to be at an all time high. An estimated one-third of workers in the United States report being bullied on the job, according to the Workplace Bullying Institute. Typically, this results in job loss for the target. (Remember what I said earlier about total destruction? That’s what the narcissist in your life is going for.) 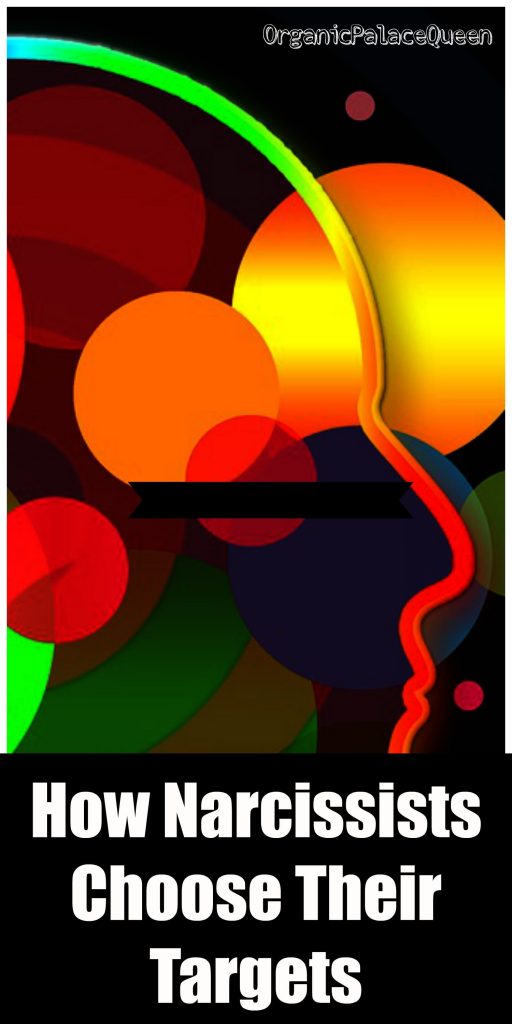 Why The Narcissist Picked You

It appears as if the bully chose you because you possess a certain set of traits. The good news is that targets are often nice people who go out of their way to help others. Sometimes, they’re also known as “empaths.”

Dr. Ronald Riggio, PhD., wrote in a post published in Psychology Today that adult bullies generally target people who are nice, competent and try to get along with others. They also choose targets because they’re “socially isolated.”

In my personal experience, I’ve noticed that if you aren’t socially isolated at the outset, you will be once active adult narcissistic bullying gets under way.

The good news is that the narcissist most likely saw some qualities she liked, and wanted them herself. Because of her inflated sense of entitlement, she went to unethical lengths to obtain them.

When the Narcissist Leaves You Alone

The good news is that eventually, a narcissist will move on. He or she enjoys sticking around as long as you’re suffering. For some reason, narcs seem to have uncanny ability to size people up and anticipate their next move. They will leave you alone as soon as they believe they’ve caused enough destruction. (And they will, as long as you let them.)

Narcissists also do a disappearing act once they realize you’re in control again. They like to pick on people who are down. Once you pick yourself up, and move forward, they often lose interest. Malignant narcissists have a sadistic streak. They derive pleasure from watching targets suffer. Seeing the target doing well is no longer “fun.”

One word of caution though. If a narcissist feels as if he or she is losing their grip, they adopt a new strategy. You may see the early “love bombing” stage all over again. Don’t fall for it.

For More Reading on Malignant Narcissisms

Visit my blog page on NARCISSISM AND YOUR HEALTH. Narcissistic abuse is the cause of so much physical and mental stress that I feel I need to include information about this disorder my my natural healty site.

I’m not a mental health professional. Everything you read is my personal opinion only.

5 Comments
Previous Does Anyone Not Like The Instant Pot?
Next Is Brown Rice Good For You?