Why Do Enablers Enable The Narcissist? 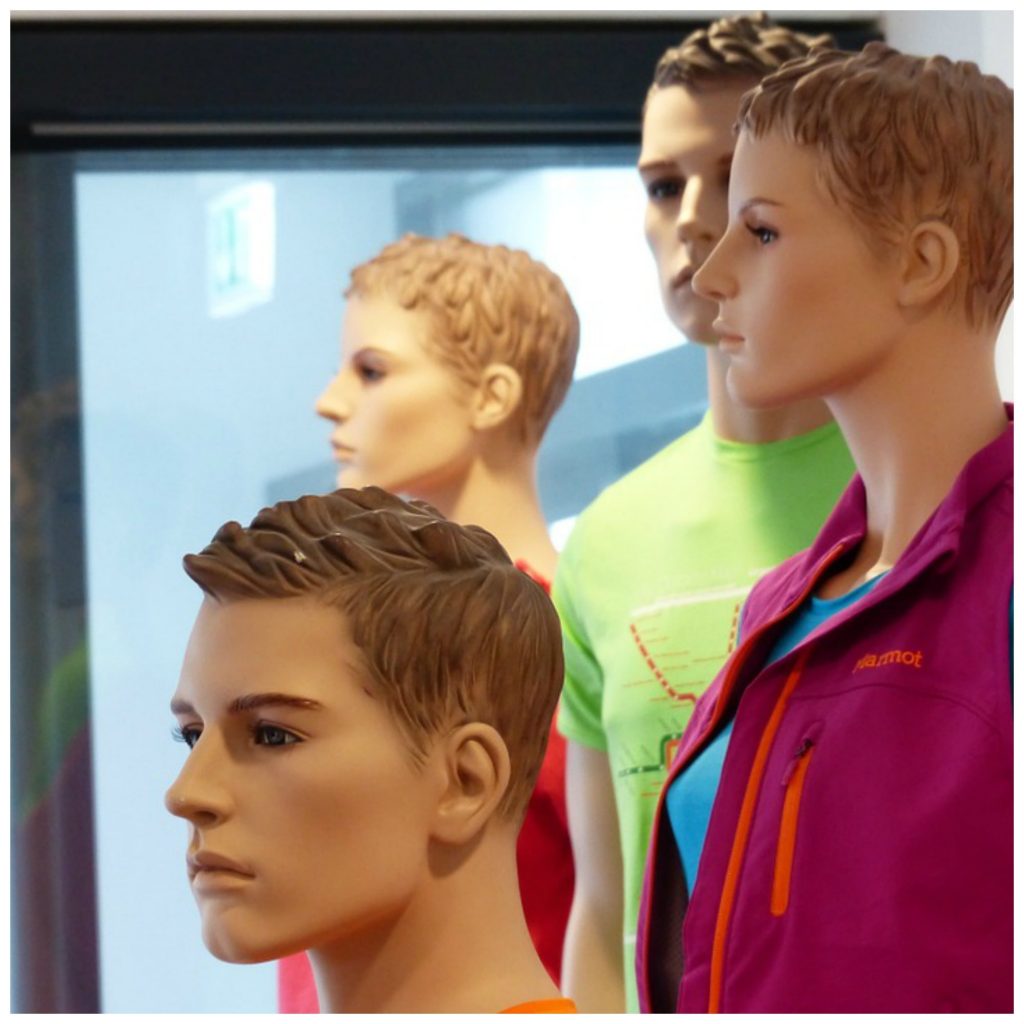 Why do enablers enable the narcissist?

If so, you have my condolences. I’ve lived through it as well. It’s not fun.

But why do the enablers let them get away with it?

Most people don’t have the strength of character to stand up to the narc, to do the right thing. So they sit on the sidelines. Or they decide to remain “neutral.”

But that’s just an illusion. They’re fooling themselves.

Because being “neutral” is taking a stand. It means you’re not going to do a thing to help the person being mistreated. Instead, you watch as it happens.

If you spoke up, the abuse would probably stop. If two or more people spoke up, it would definitely stop.

Enablers choose to let the abuse continue. Because there’s something in it for them.

Why Do Enablers Enable the Narcissist?

So what is that something? What is it that keeps the enablers from doing the right thing?

Well, it could be wanting to maintain social standing. Not wanting to left out. Wanting to be included. Standing up for the target puts all of that at risk.

It could be related to job security. A lot of adult bullying happens at work. Siding with the target may put your own job on the line. (In this situation, being an enabler is more understandable. But it’s still not right.)

Enablers are fearful of being the next target. So they take the path of least resistance.

Here’s an example of how enablers operate. And why they should be viewed as secondary abusers. Not innocent bystanders.

Say, for instance, you live in a neighborhood. It’s filled with young families. You like your neighbors. Many of these families have children the same age as yours.

Then, a new couple moves in.

You’ve always been the neighborhood welcome wagon. So you introduce them to everyone else.

This new family fits right in. A little quicker than you expected.

Soon, the new couple is part of the crowd. Within a month, this new family is hosting neighborhood parties at their house.

You’re invited. But it’s starting to feel uncomfortable. You can’t put your finger on it. But the group dynamics have shifted.

Probably because someone is working hard, behind to scenes, to line up the enablers. You realize this in retrospect. For now, it’s just that vague uneasy feeling that something is off.

Fast forward six months. The newcomers now organize all neighborhood events. Everyone is included. Except for your family.

You’re being bullied. Adults bully in different ways than children do. Adults often bully by social exclusion. This type of behavior even has a name. It’s called “relational aggression.” It’s designed to isolate you.

But it doesn’t have to be this way. The enablers could insist (yes they could) that you and your family are included. Or else they and their children miss the party.

They don’t do this thought. Because they’ve taken a side. So they’ve become secondary abusers.

They may convince themselves they’re staying “neutral.” But they’re not. 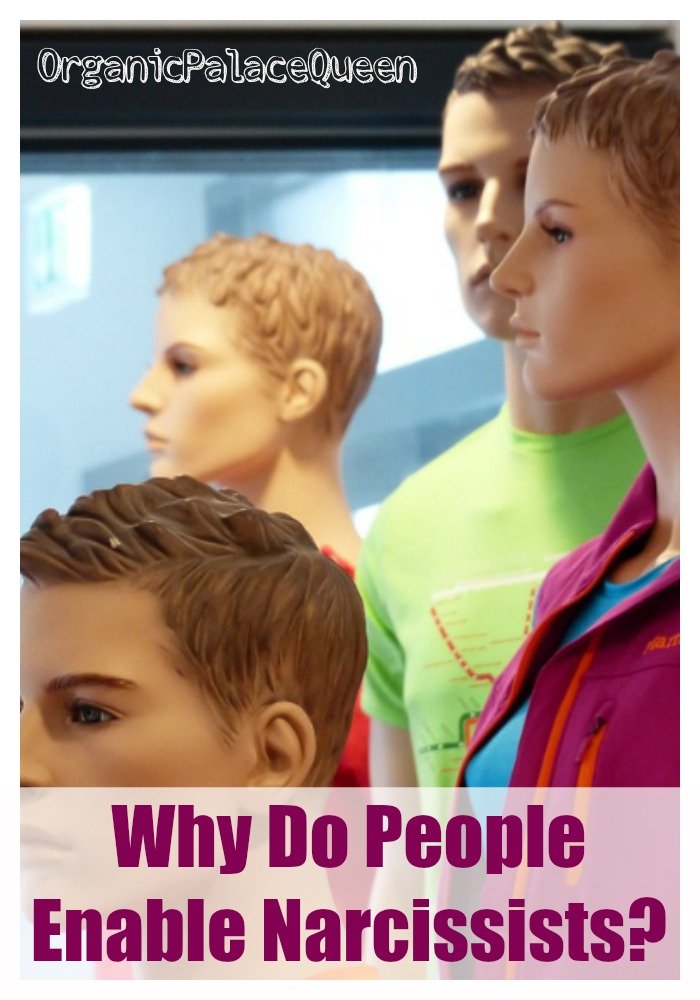 Personality Traits of An Enabler

The sad news is that most people are weak. They don’t have the moral character to take a personal risk. To stand up when others are attacked.

So they stand on the sidelines.

They allow the attacks to continue. Stepping in would mean risk.

Regardless of whether the abuse takes place in a neighborhood. Or on the job. Or at church.

The dynamics are the same. People are afraid.

Dealing With a Narcissist’s Enabler

So what do you do?

Move on. Become empowered. Step away from the mess.

Rebuild your life. With better people in it.

Learn all you can about narcissism. Then you’ll know the other person is the problem. It’s not you. It’s them.

Then walk away. Just do it. You’ll be much happier.

Enablers are not your friends. You deserve much better. Getting rid of the dead weight allows room for new growth, with people who treasure your company.

Why Do Enablers Enable the Narcissist?

A narcissist plays to win. He or she won’t attack unless “victory” is pretty much assured.

This means the target doesn’t have a strong support system. Or, if you did, it no longer exists.

Because the narcissist has destroyed it.

The won’t pick a fight with someone stronger than them.

They won’t even engage, unless the outcome is already determined.

So how does this happen?

The narcissist looks for cracks, in order to undermine your other relationships. He or she then plays upon everyone’s need to belong. To fit in.

Then he or she seals the deal. With vicious lies. With just enough truth mixed in to make them more believable.

These lies are designed to destroy you. The enablers listen to them, when they should be telling the tale bearer to just shut up.

Good friends don’t act this way. Enablers are not your friends.

So drop the enablers. Cut yourself loose. Peace will return. You’ll won’t look back.

I am not a mental health professional. Instead I write from personal experience. My articles on narcissism are intended as support, and not as advice. It’s my personal opinion that the more we learn about abuse techniques, the less effective they will be.

This is a natural health blog. But I do periodic posts on narcissistic abuse. Because narcissists are very bad for our health. I feel it’s my duty to warn people about these predators. All the natural remedies in the world aren’t going to compensate for ongoing emotional abuse.

At the very least, if a situation can’t be changed (and sometimes I know that’s not possible) then at least you can learn everything you can about this disorder. So you can cope.

A narcissist isn’t going to change. But you can change how you view the abuse. And how to respond. Seek professional help if you need to.

I’ve written two books on narcissistic abuse. One is designed to shed light on the troubling phenomenon of adult female bullies. If you’ve noticed there seems to be a lot of them nowadays you’re not alone. There are more of them. Narcissism is on the upswing, as I explain in my book, Are Women Getting Meaner?

Also, forgiveness is the only thing that will set you free. You do it for yourself. Not for the narc, who, by the way, is not going to sincerely apologize. If you’re stuck at this step, check out How To Forgive A Malicious Person. You can see both books below.