Why Do So Many People Have Fibromyalgia? 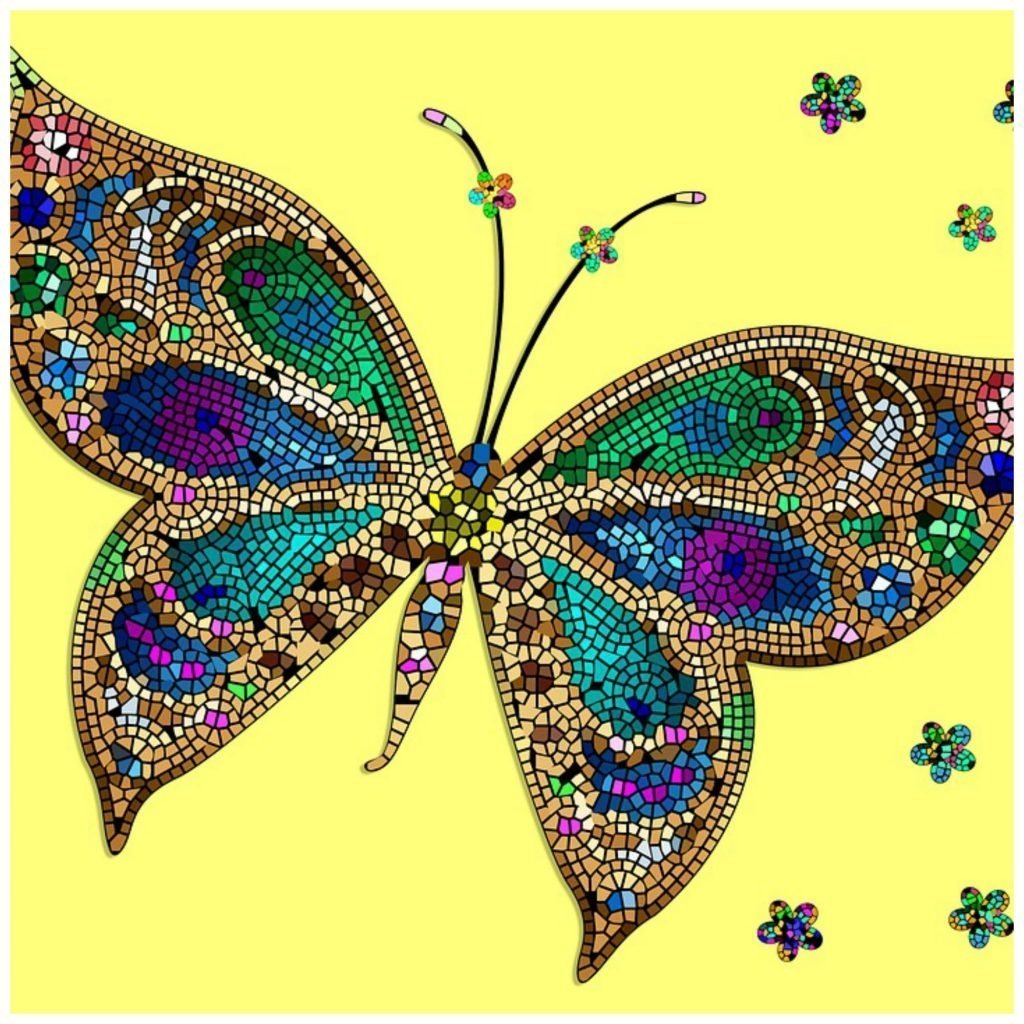 I have chronic nerve inflammation. At one time, my pain was so intense I could barely walk. I was an invalid.

My family took care of me. My 12-year-old daughter cooked our meals. My husband did the housework, despite the fact he worked long hours outside the home. My son pitched in whenever he could.

If something didn’t change, I envisioned a future in a wheelchair. In fact, this possibility seemed real. My condition came on suddenly. It progressed rapidly. It started with a nagging backache. Soon, it became excruciating. The pain traveled down my leg. It also appeared randomly, in different parts of my body.

I had all the classic symptoms of fibromyalgia. But I wasn’t willing to accept the fact my condition was permanent and incurable. Instead, I wanted a solution.

What Causes Fibromyalgia and Chronic Fatigue?

I was fortunate. I knew a lot about natural health. (But I wasn’t putting this into practice.) So I delved into alternative medicine. I had a wonderful holistic-minded doctor. She ruled out anything more serious.

First of all, I needed to get rid of excess inflammation. My doctor told me not to eat wheat. Many alternative medicine experts believe wheat is bad for anyone with auto-immune disease.

Whether or not fibromyalgia is an autoimmune disease is irrelevant. Some people say it is. Others argue it’s not. But, in the end, it really doesn’t matter. The path to wellness is the same, no matter what you’re dealing with.

A healthy diet, moderate exercise and various natural healing methods are the standard alternative medical advice. Regardless of your diagnosis.

My doctor also recommended a powerful herbal anti-inflammatory remedy. A certain level of inflammation is healthy. Inflammation is necessary when we’re fighting an illness, or our body needs to repair an injury. However, my inflammation was set on high, all the time. My doctor gave me the tools to help bring it under control. This included well-selected homeopathic remedies.

What Causes Nerve Pain in Fibromyalgia?

My doctor believed my pain was caused by inflamed nerves. The root cause, though, might have been emotional trauma. The homeopathic remedies she gave me would address this, she explained. Homeopathy is amazingly effective. It can heal the body, as well as the psyche. I feel so blessed to have found wonderful and talented homeopaths.

Everyone is different. Our path to healing is unique. Different natural remedies have different effects, depending upon the person taking them. Also, a remedy that’s right for you today, may not be tomorrow. It’s important to listen to your body, and chart progress and setbacks.

I need to point out that I’m not a doctor. So I can’t give medical advice. However, I can share my own story of natural healing from nerve pain.

People often ask me exactly what I use. I tell them listing each and every remedy would take all day. I’ve taken so many. However, I’ve created online resources to discuss natural remedies for fibro. One is Fibro Natural Club on Facebook. This is updated daily, with healing ideas for people with fibromyalgia. You can join my page for daily updates on natural healing remedies.

You can also join my Facebook group on Kicking Fibro Naturally. This is where we discuss natural fibro remedies in a private setting. It’s a closed group, so outsiders don’t see the posts.

There are different theories on what causes fibromyalgia. It seems as if every day, or so, I run across a new one. Mainstream medical doctors view this disease as sort of “mysterious.” It’s a catch-all for pain seemingly without cause. Patients often report that they’re told their problems are all in their head, or that they have depression.

I decided to go the natural route. Mainstream treatment involves drugs. The list of side effects is frightening. Plus, these medications don’t heal. They just mask the symptoms. Many patients take multiple drugs. They seem to get sicker. I wanted to get better.

What Causes Someone to Get Fibromyalgia?

If you have a chronic illness, and visit an alternative medicine expert, there’s a good chance you’ll be told you have adrenal fatigue. Actually, the symptoms of this condition are the same as what mainstream doctors call “fibromyalgia.”

Adrenal fatigue isn’t recognized by mainstream physicians. However, holistic healers are quick to spot it. They believe it develops after a period of prolonged emotional stress, coupled with poor nutrition. They tell us that adrenal fatigue is an epidemic. Actually, this isn’t surprising. Many people live with extreme stress, day in and day out. Also, the Standard American Diet is extremely unhealthy. It sets the stage for disease. So it’s no wonder that many of us have sluggish adrenals.

Poor sleep habits and environmental toxins are considered triggering factors for adrenal fatigue In fact, it seems as if our modern lifestyle has created the perfect storm for this condition, on a massive scale.

I personally believe fibromyalgia and adrenal fatigue are the same thing. I’ve seen varying figures on the exact incidence of fibromyalgia. It affects about 2 percent of adults in the United States, according to the Centers for Disease Control. However, the National Fibromyalgia Association puts this figure higher, at 8 percent of adults aged 80 and younger.

Personally, I’d rather have a real diagnosis, instead of just a label. This means I can take action. Natural protocols exist to heal the adrenals. I’d much rather have a condition I can do something about, versus a mysterious disease process that only responds to drugs. I’m quite sure many others feel the same way. So, if fibromyalgia is really adrenal fatigue, with a fancy name, we need to get the word out.

I’m hearing more and more about the connection between fibromyalgia and previous emotional abuse. We live in a mean society. There’s a documented increase in narcissistic personalty disorder. Narcissists dole out abuse, but will never apologize. Cheating, lying, deceiving and betrayal are part of the package.

Many people go from one bad relationship to the next. The trick, though, is to avoid inviting these disturbed people into your life in the first place. After a devastating encounter with a malignant narcissist, I realized that people need to be able to spot these characters. That way you can run in the other direction.

Feel free to sign up for my free book on How to Spot a Treacherous Person. Although there’s no foolproof way to spot a narcissist or a sociopath (often one and the same), I hope this information can help you. This book in PDF format will be delivered to your email inbox. 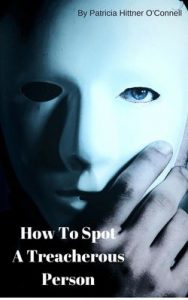 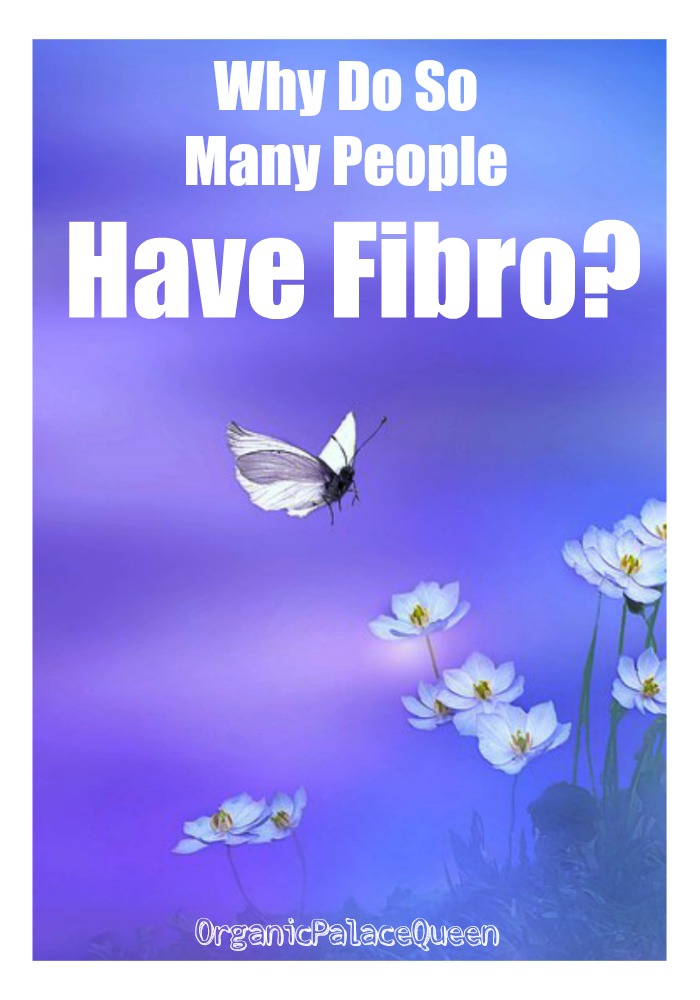