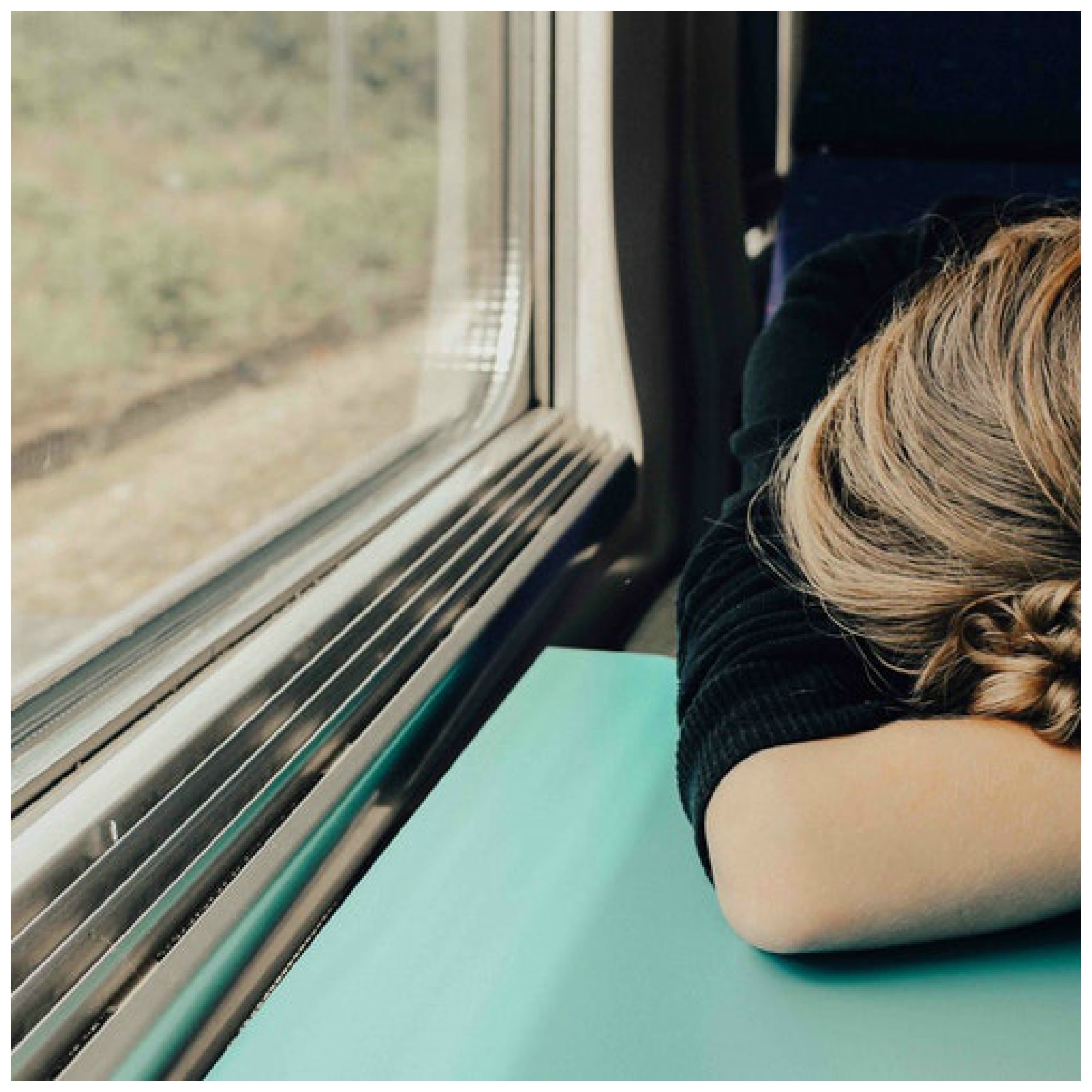 Well, that depends upon who you ask.

But holistic healers pick up on this condition. A lot. To the point that some people think they’ll find it in everyone who walks through the door.

Adrenal fatigue has a wide range of symptoms. These can mimic other problems. (Like fibromyalgia.)

Unfortunately, there are no really good diagnostic tests for adrenal fatigue. (Saliva tests are thought to be unreliable.) I know this last point will be debated. But adrenal fatigue can be a tricky thing to spot. Especially if you’re not looking for it.

There’s no checklist of symptoms that regular doctors can check off, to give you a firm diagnosis.

Regular doctors do not look for adrenal fatigue. Because, for the most part, the mainstream medical profession doesn’t believe it exists.

One article published by Harvard Medical School explained that the Endocrinology Society takes a dim view of adrenal fatigue, noting that it believes, ” “no scientific proof exists to support adrenal fatigue as a true medical condition.”

This paper explained that various studies, including saliva tests, revealed no difference between cortisol levels in healthy people, versus those complaining of adrenal fatigue.

It’s studies like these that lead doctors to conclude that adrenal fatigue doesn’t exist. The author of the Harvard paper also mentioned the studies cited had “limitations.”

Mainstream medicine does recognize adrenal failure. This is when the two walnut-size glands that sit on top of your kidneys cease to function.

Adrenal failure is life threatening. It will probably require replacement hormones for the rest of your life.

But the gray area between perfectly functioning adrenal glands and adrenals that completely stop working is not recognized. At least not by mainstream physicians.

Consequently, you probably have to go outside your insurance network for a diagnosis. Unless you are lucky enough to live in a state where insurers must pay for chiropractic care.

Chiropractors are usually good at spotting adrenal fatigue. They can also give you supplements to support your exhausted adrenals.

With the proper care, it’s possible to feel better. It appears as if the adrenals can reset themselves. At least enough so you feel healthy again. (Anyway, this has been my experience.)

Do Doctors Believe In Adrenal Fatigue?

Adrenal fatigue can cause a diverse list of symptoms, according to the holistic healers who treat it.

They can include overwhelming fatigue, insomnia, difficulty concentrating, craving sweets and craving salty foods, among others.

Adrenal exhaustion can also result in pain, according to Dr. Michael Lam, MD, a rarity among allopathic physicians, because he believes adrenal fatigue is a real problem.

Dr. Lam notes that this kind of pain often appears in different parts of the body. There is no apparent cause. Medical tests may be normal.

At this point, he notes, patients may be diagnosed with “fibromyalgia.”

What Do I Do If I Think I Have Adrenal Fatigue?

Conventional doctors are very good at diagnosing most conditions. They’re also a good place to start, if you think you have fatigue and brain fog.

But in order to be diagnosed with adrenal fatigue, you probably need to step outside the mainstream medical model.

Chiropractic care if widely available. So you may want to seek out the best chiropractor in your area. I personally believe these practitioners are vastly underrated. However, it’s also important to find a good chiropractor.

Regardless of your condition, you can then work to improve your health. Holistic healers focus on the entire patient. They try to eliminate the cause of your disease. They try to support your body through the healing process.

All of this is based upon the belief that the body can heal. It’s also my personal belief that our bodies are designed to heal. And that fresh air, sunshine, good food and the right remedies are often the best medicine. (No matter what you’re dealing with. (Provided you don’t neglect proper medical care if you need it.) 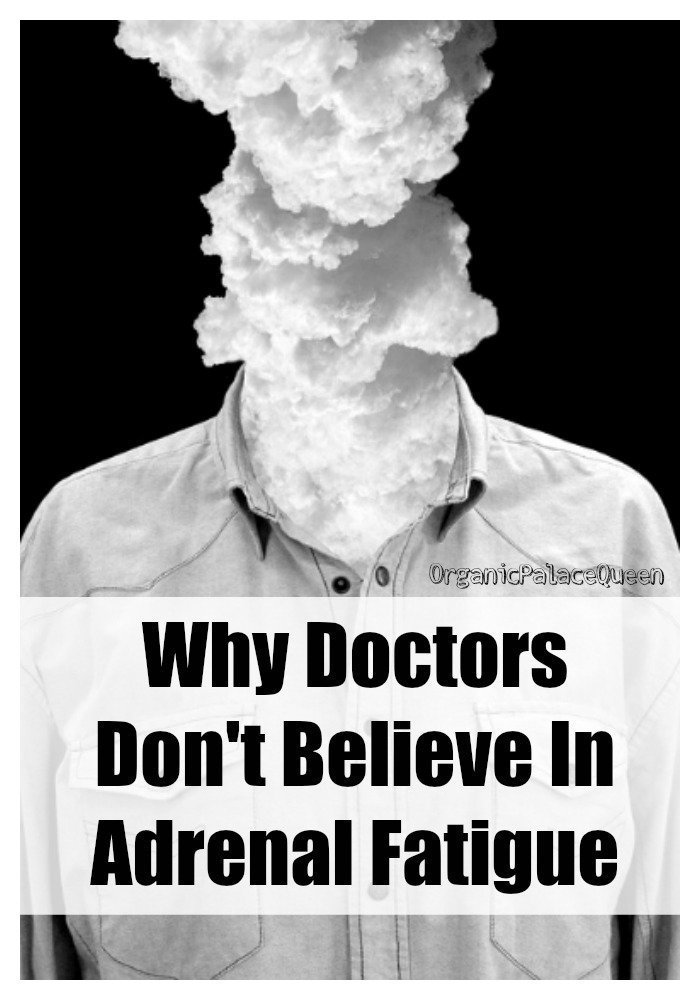 What To Do If You Think You Have Adrenal Fatigue?

Adrenal fatigue is one condition in which you need to advocate for yourself.

Getting diagnosed won’t make it magically go away. But at least you have a better idea of what you’re dealing with.

The good news is that adrenal fatigue is considered treatable. The usual recommendations are reducing stress (easier said than done), eating real food (doable once you learn how to prepare real food meals) and dietary supplements to support your adrenals.

Good chiropractors will also check for misalignment in your spine. Every organ in our body is connected to our spine, and imbalances can be corrected with manipulations, according to the theory behind chiropractic care.

Again, it’s my personal belief that you need to find the best practitioner in your area. That’s because I’ve heard horror stories of people seeing practitioners who make them worse, instead of better.

I’m a big fan of word of mouth recommendations. Oftentimes you can get a good recommendation at the local health food store. Your regular physician may also know of a good chiropractor.

I’ve been diagnosed twice with adrenal fatigue. Once by a chiropractor and another time by a kinesiologist. The remedies they suggested helped a lot.

Getting well took a long time. Actually it took years before I felt as if I had my previous life back. But my condition had probably been festering for years, when I lived in a virtual pressure cooker. So it’s not surprising that it also took time to reverse.

Adrenal Fatigue Is It Real?

Do You Suffer From Chronic Pain?

I have two recommendations. One is to join my private Facebook group. We discuss natural pain remedies on a daily basis. It’s a warm, welcoming community of support.

You can also access my course on natural pain management strategies. It offers a detailed rundown of everything I did to get better. This course is designed to help you work with your regular doctor, so the two of you can create a wellness plan that includes natural remedies. The course is especially good for people who would like to use alternative medicine, but can’t afford to go outside of their insurance plan.

Leave a Comment
Previous Natural Cleaning Products That Work
Next Why Do Enablers Enable The Narcissist?