Why Have Cancer Rates Increased? 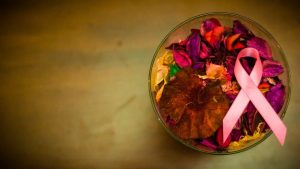 By the year 2030, the number of cancer cases in the United States is expected to double. This is in addition to the ongoing epidemic we are now living through.

The problem has gotten so bad that Mattel has introduced a “chemo Barbie.” That’s so little girls fighting this disease have a role model, of sorts. (I’m not suggesting Barbie as something for anyone to aspire to. I’m just using this as an example.)

People hold walk-a-thons, marathons and other events to raise money for that elusive cure. Children are developing cancer at a rate never before seen. So are adults, young adults, the elderly and the middle aged. Nearly every day, it seems, we learn of someone else engaged in a fight for their life.

Why Have Cancer Rates Increased?

(This post contains affiliate links. If you purchase anything, I receive a commission at no extra cost to you.)

But these are only numbers. It doesn’t even begin to capture the human suffering. Each person who dies leaves grieving loved ones behind. Before they depart, these patients often undergo torturous procedures that rob them of their dignity. They deal with horrendous emotions. If they have young children, they also die worrying about what will become of them, once they are no longer around.

I have strong feelings on cancer. That’s because I’ve lost loved ones to this horrible disease. But I need to point out that everything in this post is my personal opinion only. I’m not a doctor and I can’t give medical advice. All I can do is share my own personal experience with natural medicine, which I use to treat my chronic nerve pain. I hope and pray that one day in the not too distant future, we’ll see effective, non-toxic cancer treatments. And everyone will have easy access to them.

Why Have Breast Cancer Rates Increased?

Mainstream researchers are hunting for various cancer genes. However, common sense tells us that this isn’t a genetic problem. We received our DNA from our ancestors. They didn’t experience a cancer epidemic. Until the early 1900’s, cancer was relatively rare. Since then, the case load has crept up to the levels we see today.

The breast cancer epidemic should serve as a warning that something in our lifestyle is not conducive to good health. The United States has the dubious distinction of having the highest rate of breast cancer in the world. Now, one out of every eight women living in the US can expect to get the disease within her lifetime.

Cancer is now the second-leading cause of death, striking 33 percent of the population, and killing one out of every four people.

Why Cancer Rates Might Have Increased in Recent Years

There are probably many factors responsible for the cancer epidemic. Some point the finger at industrial pollution and belching smokestacks. On an individual level, though, there is little we can do about this, because we can’t stop breathing.

But we can potentially control other possible triggers. There does appear to be numerous environmental causes for cancer. Poor eating habits, household toxins, mercury amalgams, poisonous personal care products, microwave oven use and medical diagnostic tests have all been implicated as probable factors that may raise our cancer risk. All of these we can control, to a certain extent.

Can You Prevent Yourself from Getting Cancer?

Listing all the potential causes of cancer in this article isn’t feasible. But I want to provide a partial list, in an effort to underscore how important it is to lead a healthy lifestyle.

The good news is that we can try to prevent cancer. Also, there are numerous anecdotal reports of people responding well to alternative medical care. These are definitely not the same thing as a controlled, double-blind study. But these testimonies are nonetheless encouraging. One of my favorite natural cancer crusaders is a man named Ty Bollinger. He has written a book on natural cancer treatment called, Cancer: Step Outside the Box.

Does Bovine Growth Hormone Cause Cancer?

Since 1994, bovine growth hormone (bST) has been added to much of the milk supply in the United States. The only way you know for sure your milk comes from cows not treated with bST is if the label specifically says so, or if you choose an organic brand.

A number of other nations around the world, it’s interesting to note, have banned this practice. These include the European Union Countries, Israel, Canada, Australia and New Zealand.

Giving hormones to cows, in order to increase their milk production, remains questionable, despite FDA assurances that the end result is exactly the same as regular milk.

A couple of scientific studies raise some concerns. One finding published in the journal of Dermato-Endocrinology concluded that milk products lead to an increase in breast cancer, prostate cancer and acne. (These three conditions are often hormone driven.) The scientists who conducted this research believed this is because dairy increases our levels of Insulin-like growth factor IGF-1.

Although this protein is needed by our bodies, excess amounts can cause rapid cell growth. This, in turn, can lead to cancer. Some experts believe that milk from cows treated with artificial hormones may contain more IGF-1. However, the American Cancer Society insists there is no evidence of this. Aside from the issue of bST-treatment, there are also concerns that dairy products, in general, can raise one’s IGF-1 levels.

What Foods are Genetically Modified in America?

Genetic modification of our food supply is a highly controversial issue. Backlash against GMOs is gaining traction in the United States, where there are no laws, except in Vermont, requiring genetically modified products to be labeled.

Much of the items in our grocery stores contain GMOs. Nearly all the corn and soy consumed in the US is genetically modified. Canola oil and sugar are also increasingly being derived from genetically altered plants. Someone who eats primarily processed food will be consuming mass quantities of GMOs, unless the products they buy are certified organic or GMO-free.

Does GMO Corn Cause Cancer?

The regulatory agencies in the United States assure us GMO foods are safe. However, the EU has strict labeling laws, and consumers throughout Europe have resisted buying engineered food. The Peruvian government has also banned genetically modified imports.

We don’t yet know what, if any, potential health risks are associated with GMOs. One of the few studies that explored the safety of genetically modified corn was conducted in France, at the University of Caen, under the direction of Dr. Gilles-Eric Seralini. Researchers there discovered that laboratory animals fed GMO corn developed enormous malignant mammary tumors.

Does a CT Scan Cause Cancer?

It’s well known that ionizing radiation can cause cell mutations that ultimately lead to cancer. Americans are being tested and diagnosed at ever-increasing rates. CT scans are now ordered routinely, both for emergency and non-critical diagnosis. Although these tests give extraordinarily detailed images of the inner working of the body, they are not without risk.

Some of these risks were detailed in the July of 2012 edition of the Archives of Internal Medicine, which found that such scans do raise the risk of cancer. The authors concluded that patients should have all the facts beforehand.

How To Prevent Ionizing Radiation

One CT scan exposes a patient to as much as hundreds of times the radiation as a normal chest x-ray. There is growing concern about the level of radiation, and its potential to cause later cause cancer, especially when this test is used for children, whom are more sensitive to radiation than an adult.

Many health experts believe that as much of one-third of all CT scans ordered by doctors in the United States may not be necessary. Perhaps a regular x-ray or an ultrasound would suffice instead. Magnetic resonance imaging is another option, although a more expensive one, and it may be difficult getting your insurer to pay for this test.

If you do need a CT scan, it’s possible to ask your doctor and the technician to adjust the machine so that it exposes you to the lowest possible dose of radiation.

This article is not intended as medical advice and is presented for information and background only. People with health concerns should discuss them with a licensed professional. The author is not responsible for treatment decisions or outcome.