Why You May Find Glyphosate In Your Wine 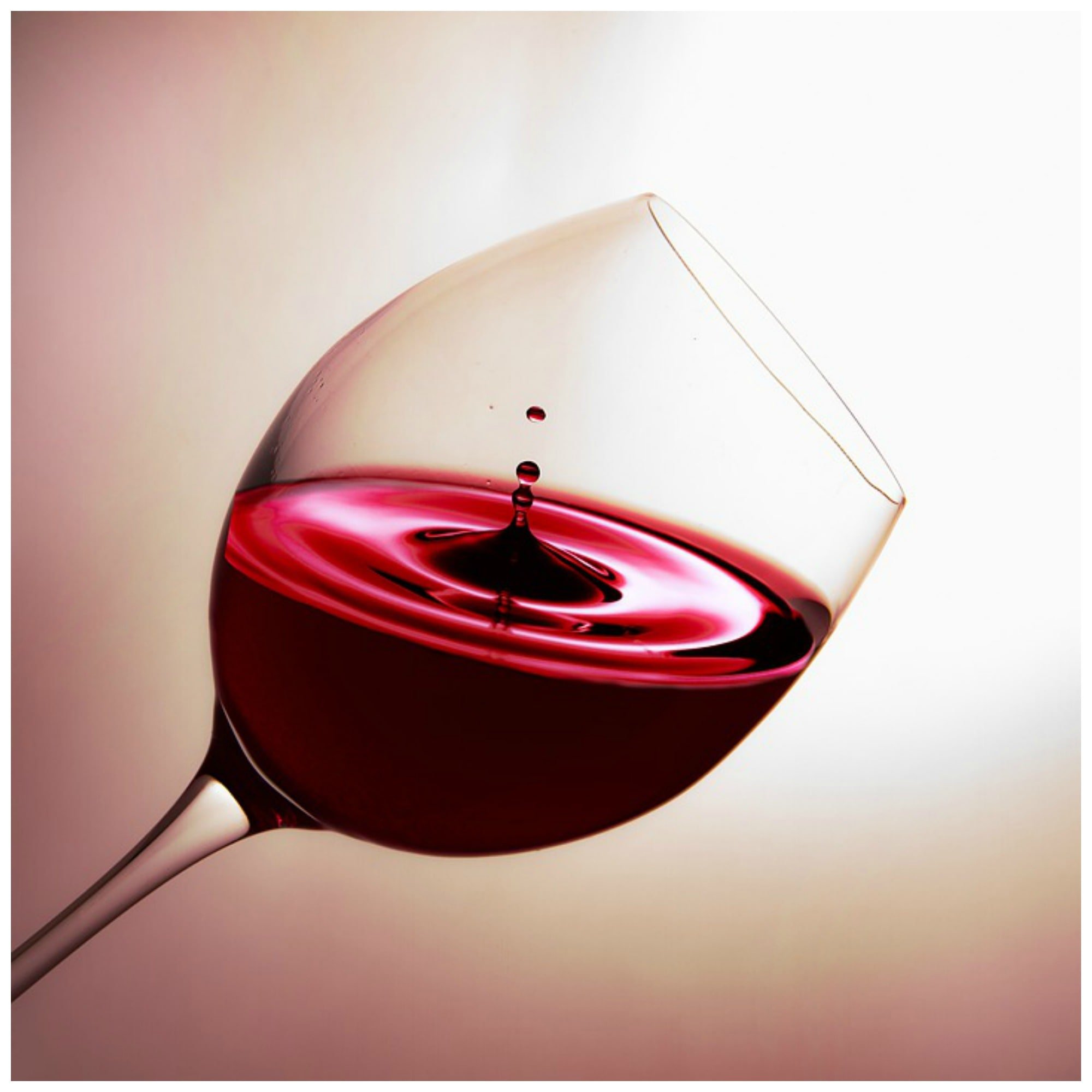 Roundup is a widely used herbicide made by Monsanto.

The active ingredient is a compound called glyphosate.

Because it’s been linked to cancer. In fact, last year, a California jury ruled that Monsanto must pay $289 million in damages to a school custodian who frequently used Roundup as part of his job.

So, what is glyphosate doing in our wine?

Why You May Find Glyphosate In Your Wine

Glyphosate is widely present in the environment.

It’s a chemical that doesn’t break down easily.

Plus, since it came onto the market in 1974, more than 1.8 million tons have been used in the United States alone, according to a study published in the Environmental Sciences Europe journal.

This study was released several years ago.

So it’s safe to assume many more tons have been sprayed on crops around the world.

Roundup is also used by homeowners to kill weeds.

Either way it’s applied, it can make its way into the environment.

Why Glyphosate Is In Your Wine

It’s been documented that glyphosate is widespread throughout the environment.

Here are the results from a US Geological Survey report, which found glyphosate present in:

The only good news was that concentrations were low enough so that this chemical probably didn’t pose a threat to humans or wildlife, according to the USGS.

So it’s well documented that glyphosate is present in the environment.

But that’s not the only way it can get into your wine.

Apparently, some vintners are spraying their vineyards with glyphosate, in an effort to control weeds.

The industry run Vineyard News, which represents 1,000 California wineries, notes that glyphosate use is permitted in vineyards.

It’s used to control weeds, but not directly on the grapes or the vines, according to Vineyard News. Instead, it’s applied to other plants growing in the vineyard.

Vineyard News asserts that levels of glyphosate are well below safety levels and pose “no significant risk.”

Is There Glyphosate in Wine?

However, one study released by the environmental group U.S. PIRG wasn’t so reassuring.

It found glyphosate was present in 19 out of 20 beer and wine samples tested.

One popular brand of wine was found to contain 51 parts per billion of glyphosate.

Granted, this is considered a low amount. The U.S. PIRG report said the results showed glyphosate levels are “below EPA risk tolerances for beverages.”

However, this citizens group believes that even trace levels of glyphosate may pose a potential health risk.

It noted that one study found that glyphosate levels as low as one part per trillion were found to stimulate breast cancer cell growth.

Because of concerns over the potential health risks of glyphosate, France is taking steps to ban this herbicide, according to U.S. PIRG

How To Avoid Glyphosate In Wine

By law, Roundup cannot be used on organic food crops.

Unfortunately, it may not.

The U.S. PIRG report found that 3 of the 4 organic wine and beer samples contained glyphosate.

“Although glyphosate is not allowed or used in organic farming, several types of organic products
were contaminated,” the report noted.

It looks as if we have three options.

Here is an earlier post on glyphosate. Is Glyphosate Bad For You?

Glyphosate Now The Most Widely Used Agricultural Chemical Ever 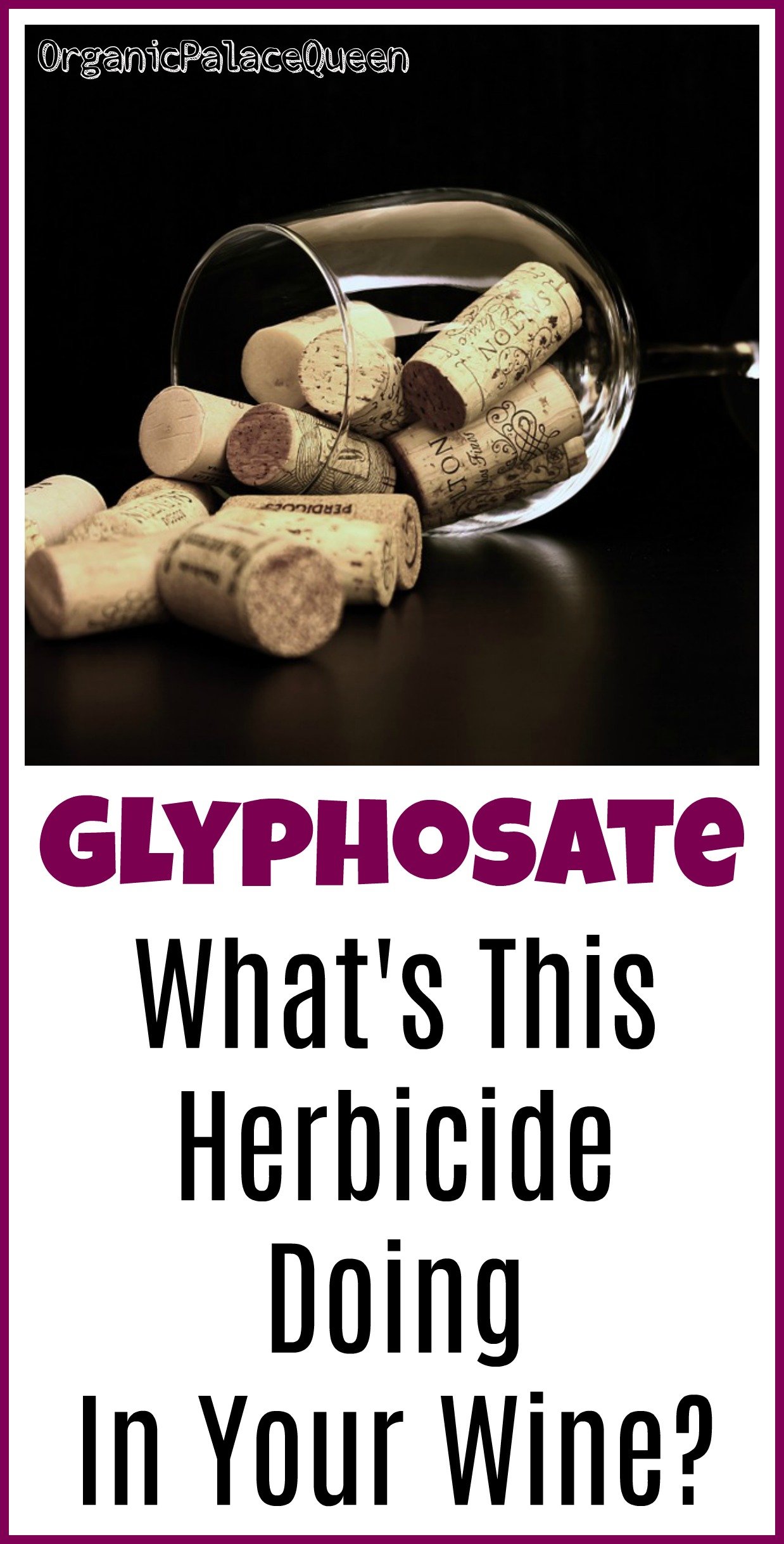