Why You Must Avoid Farmed Salmon 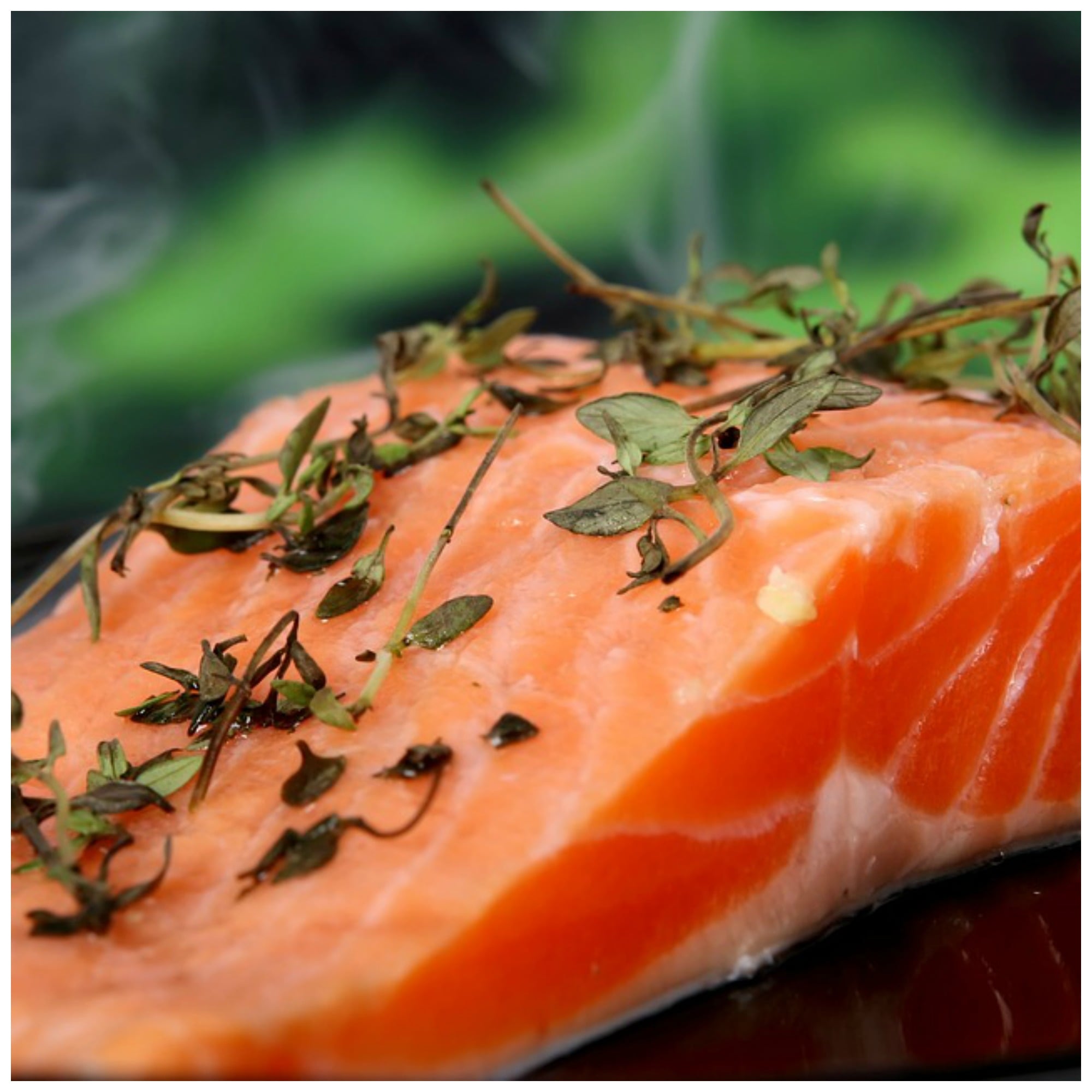 Which is why when you order this pink fish in a restaurant, most of the time it’s farmed.

That you can safely assume.

Unless the restaurant is a high end establishment and the salmon is advertised as wild, there’s a better than average chance it’s farmed.

You can also spot farmed salmon by looking at the meat. It’s more of a dull pink, compared to wild caught salmon. Farmed salmon is also laced with more fat.

But are health warnings against farmed salmon overblown?

Should you avoid it at all costs?

What do you do if you’re at an event and farmed salmon is on the menu? (Seeing in that it’s the industry standard.)

Or, what if you’re invited to someone’s house for dinner and they serve farmed salmon?

Why You Must Avoid Farmed Salmon

He’s an integrative physician. His recommendations are sound.

He thinks fish farmers need to “clean up their acts.”

Farmed salmon has been shown to have far more contaminants than wild caught salmon.

That’s because farmed fish are fed a limited diet of fish feed. This feed tends to be made from fish species that accumulate environmental contaminants.

(Unfortunately, our waterways are filled with toxins and it’s virtually impossible to find any fish free of mercury, dioxins and toxic industrial compounds known as PCB’s. (This is the acronym for chemicals known as polychlorinated biphenyls.)

Fish is considered a very health foods. It’s rich in protein and Omega 3 essential fatty acids, which many people don’t consume enough of.

However, it’s also contaminated with chemicals.

The trick is to reduce your exposure to these toxins.

So, avoiding farmed fish is one way to do that.

But this is much easier said than done. Especially with farmed salmon. Because it seems to be everywhere.

Should You Avoid Farmed Salmon?

According to research cited by Dr. Weil, farmed salmon (on average) contains 36.6 parts per billion of PCB’s, along with higher concentrations of other toxins.

Wild caught salmon (on average) contained 4.75 parts per billion of PCB’s. (Plus lower concentrations of other toxins, compared with farmed fish.)

Dr. Weil noted that the researches who compiled this report recommended greatly limiting farmed salmon consumption to no more than 1 meal or a half meal a month.

His recommendation: “Until salmon farmers clean up their acts, stick to wild Alaskan salmon.”

How To Avoid Farmed Salmon

But I still try.

In restaurants I always ask. Invariably, the answer is it’s farmed.

This makes it more difficult for those of us living with chronic inflammation who try to limit other foods, such as wheat and dairy. (I have painful nerve inflammation.)

Oftentimes, in a restaurant, grilled salmon is the way around wheat-based entrees.

Sometimes (especially if I’m at an event with a set menu) grilled farmed salmon is still my best option. Because the only other option is pasta or deep fried food with a wheat crust.

Personally, I don’t think a very rare meal of farmed salmon will kill you. But no way should you make it a dietary staple.

Farmed salmon is much easier to avoid in the grocery store. You just don’t buy it.

That’s why frozen wild caught salmon is one of the items I like to get at Trader Joe’s.

I can tell the Trader Joe’s salmon is wild caught because of the dark pink flesh with very little marbling.

Thankfully, because of the visible differences, it’s almost impossible to pass off fresh farmed salmon as wild caught.

This isn’t the case with other types of fish species though.

It’s been found that fish fraud is widely practiced throughout the United States, with 87 percent of red snapper being another species, typically farmed tilapia.

How Dangerous is Farmed Salmon? 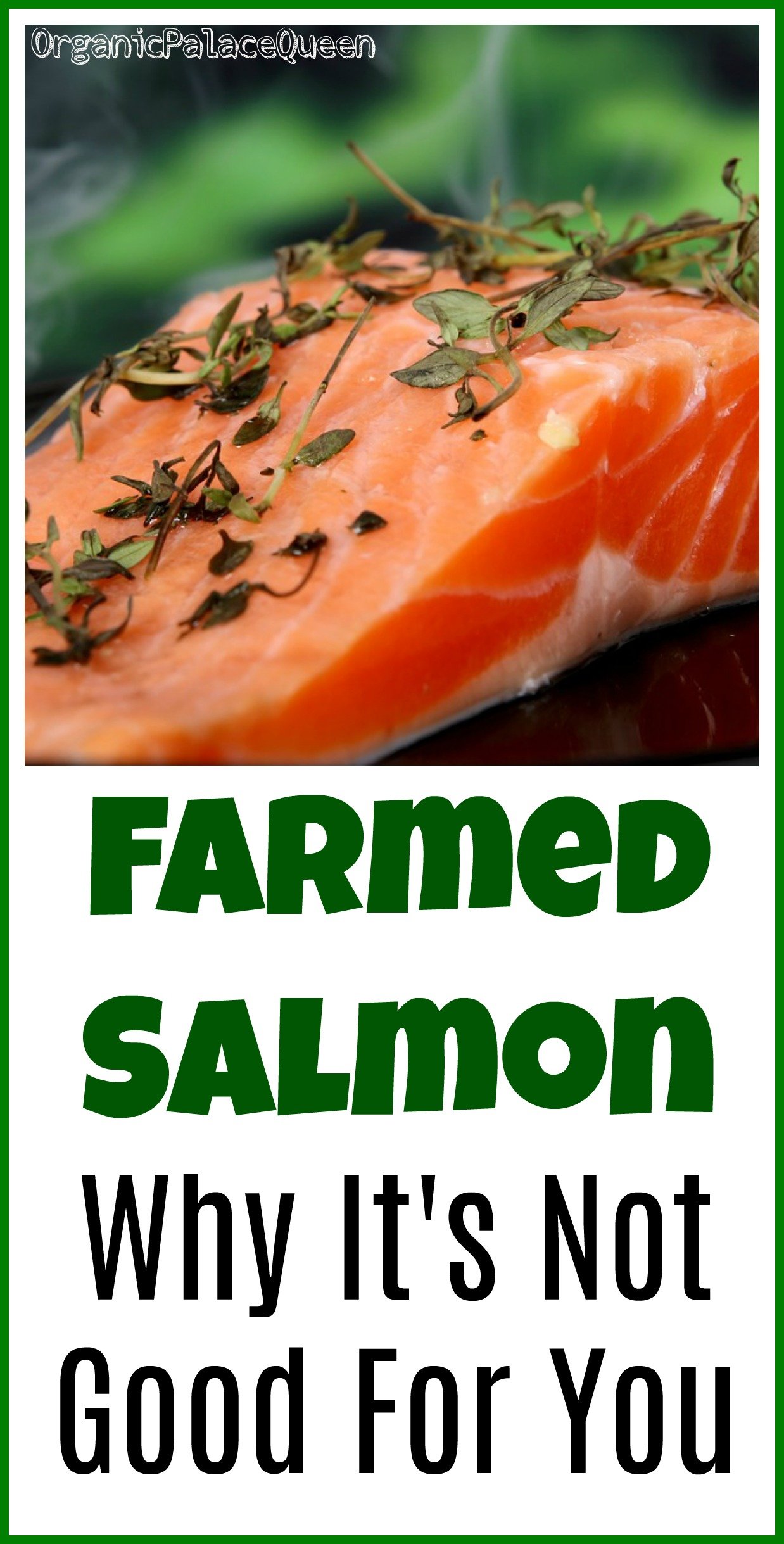