Why You Should Use A Soy Sauce Substitute For Stir Fry 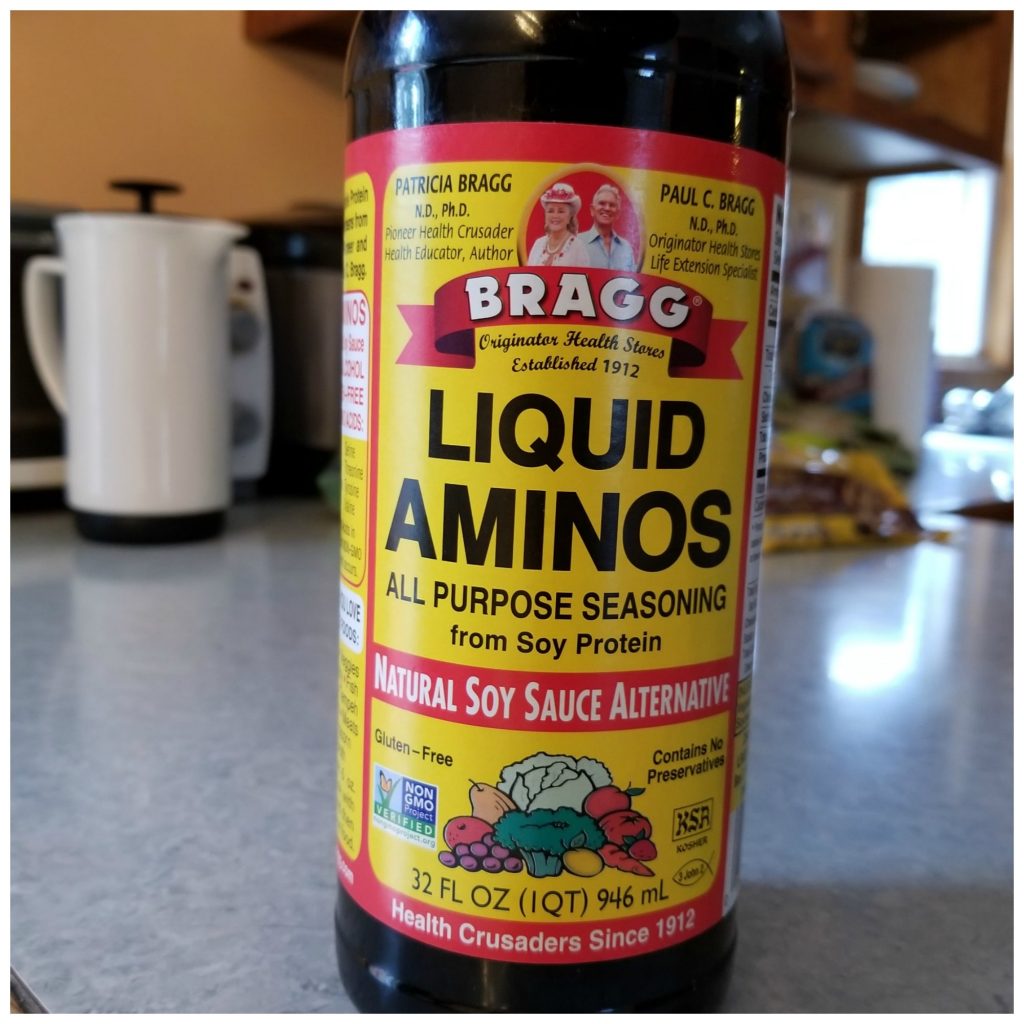 Traditionally made from fermented soy beans, this widely used condiment has been used in China for hundreds of years.

Soy sauce has traveled far and wide. It’s become commonplace outside of Asia.

Nearly everyone in the United States now has a bottle of soy sauce in their cabinet.

But you won’t find any in my kitchen.

That’s because soy sauce may contain GMO’s. Unfortunately nearly all of the soy grown in the United States is from a genetically modified crop.

The study does not conclusively prove that GMO’s cause cancer in humans. But why consume genetically modified food until a lot more studies are done.

So no soy sauce in our house.

This soy sauce substitute contains GMO’s. It also contains no gluten. This is a big plus for those of us who’ve decided to go gluten free for one reason or another. (Not eating wheat helps my chronic nerve pain.)

Regular soy sauce is typically made with wheat, in addition to fermented soy bneas.

Why You Should Use A Soy Sauce Substitute For Stir Fry

The soy sauce substitute we use is called Liquid Aminos. This is marketed as a “Natural Soy Sauce Alternative.”

It is made from soybeans. So it’s not a good option if you want to avoid soy altogether. The ingredients are “Vegetable protein from NON-GMO Soybeans and Purified Water.”

The debate rages over whether soy, in general, is good for you. I won’t try and settle that question here.

I personally consume soy products in moderation. But I make sure they’re not formulated from genetically modified soy. Fermented soy and soy-based tofu has been consumed in Asia for centuries. The traditional Asian diet is pretty healthy.

However, I don’t use Liquid Aminos as a health food, even though the package says it contains 16 amino acids.Otherwise known as the “building blocks of life,” amino acids are necessary nutrients our body needs to maintain a healthy cellular structure.

Instead, I use Bragg Liquid Aminos in place of soy sauce. The soy sauce at my local grocery store is likely made from GMO’s. It also contains wheat, which I’m trying to avoid.

How Is Soy Sauce Made?

Soy sauce is traditionally made with fermented soy beans. Fermented foods are thought to be good for you because they may help promote healthy gut bacteria.

Fermented foods are found in just about every traditional culture.

Making traditional fermented soy sauce is apparently a lengthy process. I’ve read that it can take as long as eight months.

But most of the inexpensive brands of soy sauce you find at the grocery store isn’t made the same way. Instead, they’re made with a chemical process. The end result is a salty mixture that’s salty.

This mass produced soy sauce is said to not taste as good as traditional fermented soy sauce. But I don’t really know personally.

How Is Bragg’s Liquid Aminos Made?

Instead, Bragg Liquid Aminos has nicely served all of my cooking needs. Without adding GMO’s to our diet.

I like the fact the sticker on the Bragg Liquid Aminos bottle has a Non GMO Project label. I also like the “Product Of USA” that I see on the bottle. I try to avoid buying foods from China.

Also, there are no other potentially problematic additives, such as MSG.

Another good option is to find real fermented soy sauce that doesn’t contain GMO’s and is also gluten free. I wasn’t able to find a brand I trusted enough to link to online.

Or you can use organic tamari sauce, a Japanese version of soy sauce. You might be able to find these specialty products at a high end grocery store or at your local health food store.

Liquid Aminos is an easy switch for soy sauce. Even though it takes a little more work keeping GMO’s out of my kitchen, this makes it a little bit easier. 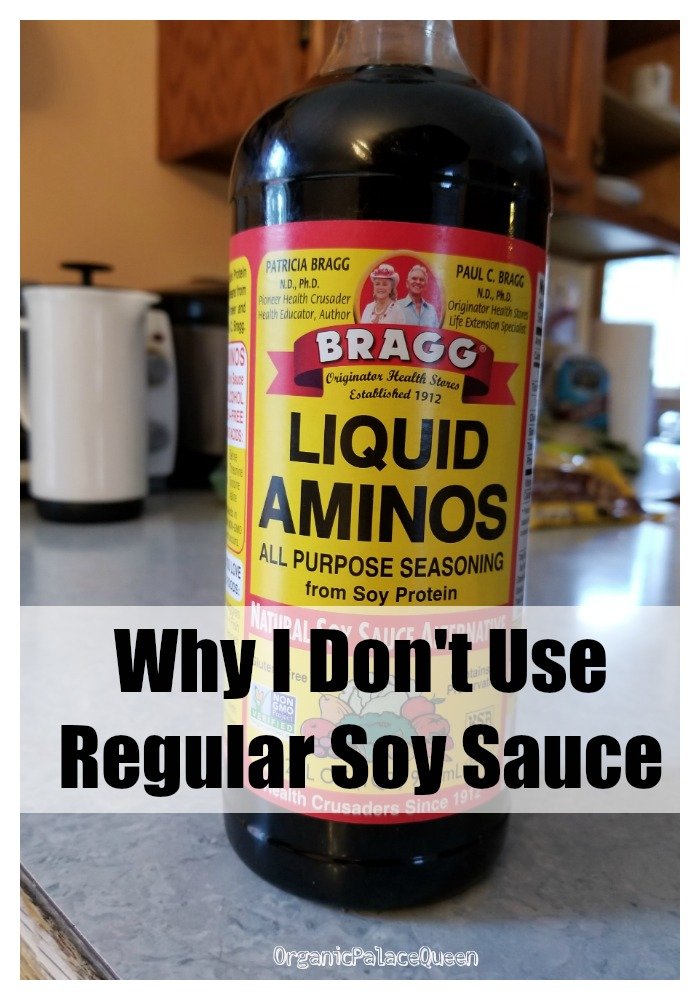 Leave a Comment
Previous Should You Buy Aluminum Free Baking Soda?
Next How To Protect Yourself From Narcissists