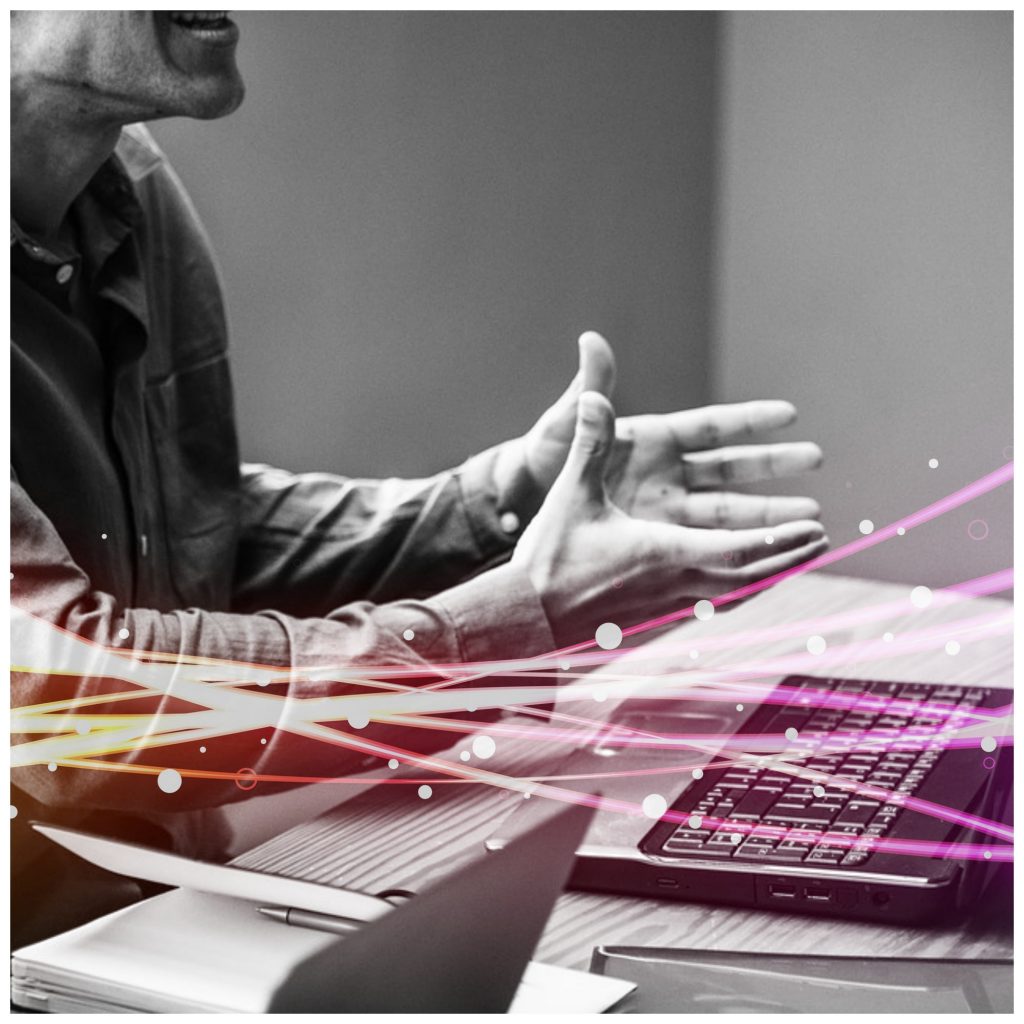 Workplace bullies are clever and devious.

They have a history of abusing others and getting away with it.

They’re experts at inflicting misery, under the radar. So people who don’t know them well assume they’re nice people, and that they play by the rules.

This makes it very difficult for targets of bullies to find support. Even from the Human Resources department.

Even if some co-workers realize the abuser is a tyrant, they need to protect their own jobs.

Consequently, coworkers don’t want to anger the bully. They’ll try to stay on the bully’s “good” side. Because they don’t want to become the next victim.

Sometimes, the bully will recruit one or more colleagues. These people become “flying monkeys.”

Flying monkeys have weak-willed actors. They act as accomplices.

For instance, flying monkey may come up to you and say something rude or offensive. Or a second flying may do something designed to irritate you. This is all done at the behest of the main bully.

This is known as bullying by proxy. The real bully sits in the background pulling the strings.

Emotional abuse is really bad for your health. That’s why I include information on how to cope with it on this natural health site.

How does the bully do it? How does he or she get normally sane people to do the dirty work?

One possibility is that he or she has spread vicious lies about you. People believe these stories.

Individuals with personality disorders often will accuse you of the exactly what they’re doing. So people may think you’re the bully instead of the victim.

In any event, don’t expect your co-workers to rush to your defense. Or your Human Resources department.

In fact, according to the Workplace Bullying Institute, the office bully has likely made friends with the HR people. The WBI also notes that complaining to Human Resources may worsen your woes.

How does the bully get away with it?

Bullies are master manipulators. They have an uncanny knack for honing in on a target’s weak spots.

A target may be taking care of an elderly parent or a disabled child. He or she may not have much physical or emotional reserve. If that’s the case, a bully would sense this, and, if in a position of authority, increase the workload exponentially.

Another target may be shy, insecure, a little lonely and looking for friends. The office bully will make sure to create a lot of outside social situations, while excluding the victim, and making sure to let her know she’s been excluded.

Or the target may be a single parent who desperately needs a job. That means the bully will create a scenario to keep the target on edge, and constantly in fear of losing her income.

Why Workplace Bullies Get Away With It

Workplace bullies know how to cover their tracks.

But think this through carefully. Do your research, in order to decide if you’re likely to be believed.

People with personality disorders think differently than the rest of us. They also operate on a different emotional plane. Many adult bullies appear to suffer from malignant narcissism.

How Workplace Bullies Get Ahead

They generally won’t attack anyone with the resources to fight back. If they take an offensive position, they play to win. They also don’t fight fairly.

Malignant narcissists are extremely difficult to deal with. They’re deceitful and destructive. They hate to admit they’re wrong. They don’t like to apologize and will often lash out if someone tries to hold the accountable.

I’m not a licensed mental health professional. But I’ve survived narcissistic abuse, and I’ve written two books from the perspective of a survivor. You can see them below.

There’s a really good chance the office bully has cultivated friendships with people in HR. (The WBI has found this is where bullies often enjoy the most support.)

Bullies often do a lot of legwork. They work hard to undermine you, long before you realize anything is wrong.

It’s possible the bully has already had a chat with Human Resources, about you. He or she tried to convince someone in that department that you’re the aggressor. That way, if you try to complain about them, you’ll be branded as a troublemaker.

Obtaining testimonies from your fellow employees will most likely be an uphill battle. The bully may have co-opted some of these people. Others may not believe you’re being mistreated. Or they won’t speak up because they’re too afraid.

Make sure to record every instance of bullying. Each one is probably too small and too trivial on its own. Instead, it’s a pattern of abuse.

If you do decide to report the office bully, make sure you have a strong case. Keep very good documentation of all of your bully’s actions, and your responses, over a period of time.

It is extremely important to remain calm and professional. Don’t show tears or any other display of emotion. Just say this person’s behavior is preventing you from doing your job to the best of your ability. Then explain why, giving concrete examples to back up your argument.

Be mentally prepared that this meeting may not go your way. You may not receive any support.

Make it clear to Human Resources that you want a peaceful resolution so you can focus on your work.

Hopefully, in the near future, things will improve for targets. This is why I believe it’s so important to shine the light on adult bullying.

In recent years, some HR professionals have started to take reports of workplace bullying more seriously. It’s a well known fact that this behavior causes untold human suffering and large amounts of money in sick time, hiring and retraining. Having a bully on board is very expensive.

If HR doesn’t take your complaint seriously, then it’s probably time to start looking for another job.

I’m not a licensed mental health professional. I write from the perspective of a survivor, and I’m not responsible for any decisions made as a result of this article.

Workplace Bullying and How To Deal With It

Why US Employers Do So Little 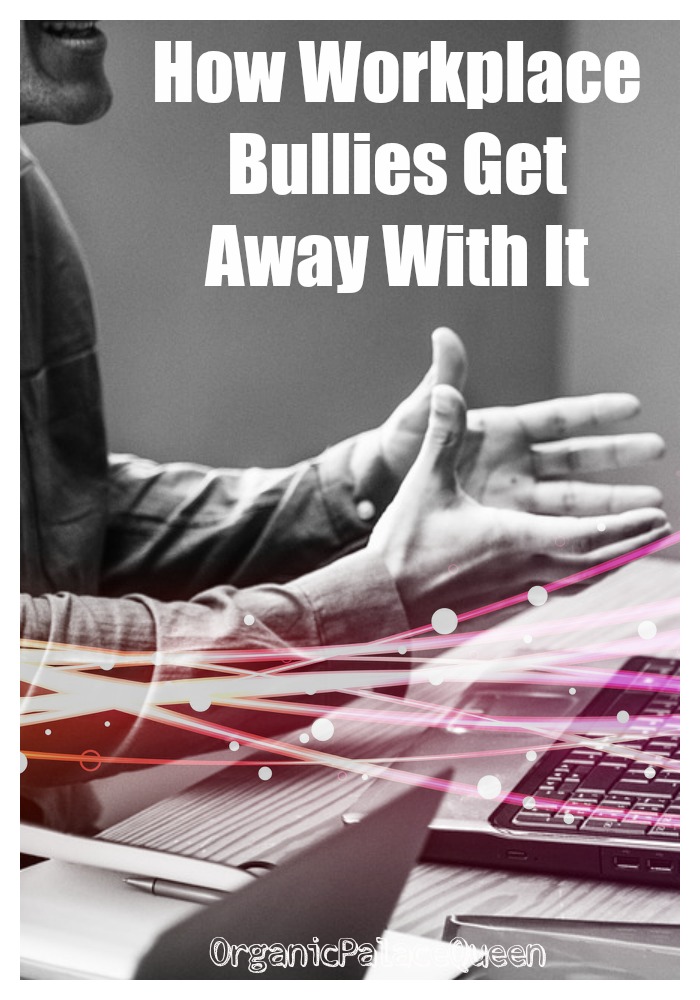